It’s hard not to think about Huston’s Treasure of the Sierra Madre after seeing The Man Who Would Be King, for reasons that range from their broadest similarities as adventure yarns involving men balancing vision against obsession and finally losing everything in their efforts to get everything, down to minor but perhaps tellingly matched details like the strings of frisky mules who in both cases wind up spilling fortunes of gold back into the wilderness from which they came. To enumerate a few other likenesses: one could easily see the Mexican Shangri-la that Walter Huston falls into in Treasure of the Sierra Madre as something of an incipient Kafiristan (who knows that Huston didn’t have Kafiristan in mind even then, if it is true that he’s had a film version of Kipling’s story forming in his head for some twenty years) and the schism that festers briefly between Peachey Carnehan and Danny Dravot when Danny decides to take a wife and remain a .king in Kafiristan as another version of the paranoia that alienates Fred C. Dobbs from his companions and finally leads to his death—as Danny’s much less self-destructive delusions lead to his. Cutting it a little finer, there is the director’s own little joke in Treasure when Bogart (who, interestingly, was one of the actors—Clark Gable was the other—Huston originally intended to play the roles in his version of Kipling’s story) keeps on badgering John Huston to “stake a fellow American to a meal” (Huston plays a small part as a moneyed American in a Mexican city full of penniless expatriates) until Huston gets pissed off and tells Bogart, “This is the last peso you’ll get from me; from now on, you’ll have to make your way through life without my assistance!” In The Man Who Would Be King Peachey Carnehan swipes a watch from Kipling—if not the auteur, at least the author who set Peachey and Danny out into the world and into Huston’s imagination.

END_OF_DOCUMENT_TOKEN_TO_BE_REPLACED

The Marquis de Sade has been many things to many people, but the fact remains that he wrote for one person only: himself. It’s this very monomania that gives his works their coldly granitic fascination, page after page of mechanized sexual debasement hewn out like so many identical slabs of stone, and it’s also why he can disturb the most open-minded reader. Quills, the new movie loosely (very loosely) based upon the latter years of de Sade’s life, seeks to rehabilitate his image into that of Brave Soldier in the Noble Battle against Hypocrisy. This not only flattens and dulls the film’s subject, it also makes for one hell of a hypocritical movie in its own right.

END_OF_DOCUMENT_TOKEN_TO_BE_REPLACED

The only thing really wrong with Sleuth is that it isn’t much much better than it already is and that, by its very nature, it can’t be. On the level of craftsmanship it is an unqualified joy. Anthony Shaffer’s lines are crisp, civilized, cozily cruel. As a sort of literary and sexual Colonel Blimp, Laurence Olivier tries on postures and accents up to and including that of a frontier sheriff and leaves one dumb with admiration of his technique. Michael Caine’s ineradicable cockneyness prevents his being quite acceptable as a semi-Italian hairdresser, but it is simply birth that stands in his way, not any shortage of passion, flair, nuance. The performances and performers are, as one would expect, worth the price of admission. In terms of inventiveness if not of expressiveness, Joseph Mankiewicz probably earned his Oscar nomination: in a play adaptation that takes place mostly in one room, he scarcely employs a single camera setup more than once, yet never succumbs to the surely constant temptation to visual grotesquerie or stroke-my-boom flamboyance as a means of stressing his directorial presence (cf. Peter Medak in parts of The Ruling Class and A Day in the Death of Joe Egg). Moreover, the redoubtable Oswald Morris, who finally won his Oscar for—of all things—Fiddler on the Roof, turns the several sets into unostentatious wonderlands of light, color, unexpected softnesses side-by-edge with unnervingly precise contours and corners.

END_OF_DOCUMENT_TOKEN_TO_BE_REPLACED

Drabble would, after all, have been a better title than The Black Windmill. The structure thus designated is not even mentioned till the film is two-thirds finished, whereas the fictional master criminal “Drabble” hovers over the picture almost as decisively as “Juggernaut” in the new Lester movie. Drabble catches the muzzy Englishness that is the film’s most strategic appeal, which comes through via such in-passing pleasantries as Scotland Yard man Clive Revill’s weary exasperation with his partner as they search and bug Michael Caine’s room, MI.5 stick-in-the-mud Donald Pleasence’s loss of sour face as he inadvertently says “Sean Connery” instead of “Sean Kelly” during a top-level security conference, or Pleasence’s desperate endeavor to maintain a blank look as his senescent superior fondles and is fondled by his murderously loving wife (Felicia Farr—of Charley Varrick fame—in an unbilled cameo, if I’m not mistaken). One may safely suppose that the opportunity for such moments had its fond appeal for Siegel, who spent his youth in England. Such suppositions are the only way to find, or posit, traces of the director in the film; for after a decade’s worth of consistently personal cinema, Siegel has simply taken on an average thriller property and given it, overall, little more than slightly above-average treatment.

END_OF_DOCUMENT_TOKEN_TO_BE_REPLACED 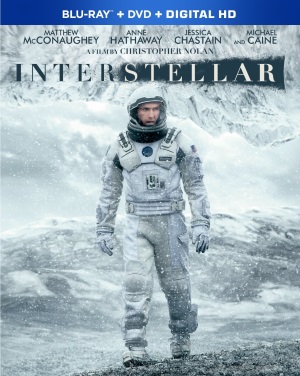 END_OF_DOCUMENT_TOKEN_TO_BE_REPLACED

Everybody in Interstellar keeps talking about Gargantua, a massive black hole that must be delicately negotiated during space travel. Christopher Nolan’s movie is similarly scaled: This 168-minute epic contains vast sights and wild images, and exerts a heavy gravitational pull. At its center are some basic, reliable sci-fi ideas. They’re just intriguing enough to justify the film’s poky sequences, but in Nolan’s universe this one falls shy of the ingenious spectacle of The Dark Knight and Inception.

The very slow opening reels introduce us to Coop (Matthew McConaughey), a former astronaut now involved in Earth’s last-ditch effort to grow crops. The future is starving to death, but Coop has a shot at saving the day when he’s called back into astro-service for a do-or-die mission.

There may be no ideal time to wander into the halls of a remote Victorian-era home for the mentally impaired, but the waning days of December 1899 appear especially unfortunate. Nevertheless, a young doctor named Edward Newgate (Jim Sturgess, from Cloud Atlas) arrives at Stonehearst Asylum just in time for Christmas dinner—because of austerity measures, the menu this evening includes roast squirrel.

Almost the entirety of Stonehearst Asylum unfolds inside the place, so we have plenty of time to consider the dismal setting and the wretched circumstances of the inhabitants. 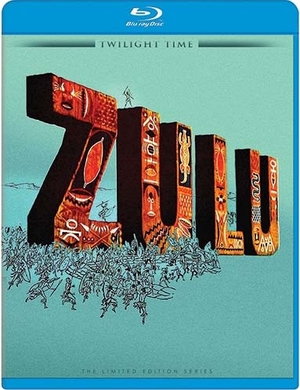 The Romantic Englishwoman affords an unexceptionably witty and civilized film experience from the first shivery glimpse of Glenda Jackson’s double reflection over the passing wintry German landscape to the last of the end credits: “A British–French Co-production”. Losey’s direction has never been more assured; the casting leaves nothing to be desired and the performances are elegantly judged; Gerry Fisher’s color cinematography is coolly ravishing, Richard Macdonald’s design precise and gracefully satirical, Richard Hartley’s score a paradigm of haut-bourgeois tastefulness with just the right hint of romantic susceptibility. Will this review continue as a rave; or is he about to heave a “Yes, but—” sigh? Well, I think we’ll keep it a rave, although at the moment I’ll inject a Yes, but delightfully as the intricate narrative game of The Romantic Englishwoman has been conceived and played, I suspect that it’s a rather self-enclosed exercise à la The Servant—with which it has clear thematic connections—while Accident remains the great Losey picture and the director’s most comprehensive work. I arrived at this only slightly disenchanted view of The Romantic Englishwoman after my second look at the film. On first viewing I was completely enthralled; and because I’d hate to compromise anyone’s similar pleasure, I’d rather say next to nothing about “what happens,” so that the viewer will be free to wonder “Is what I think is going to happen going to happen; and if it does, will it happen as I am led to expect it to; and if happens but slightly deviates from my expectations, how and why will it deviate?”