Ten from Your Show of Shows is not, strictly speaking, a movie. It is a film reproduction of kinescopic records made of live television performances from some 20 years ago. Comedy writer-director Max Liebman and his technicians have done a fine job of suiting the kinescope prints to the giant screen; and, though the end result never looks like a movie, it is eminently watchable.

END_OF_DOCUMENT_TOKEN_TO_BE_REPLACED

The first wave of reviews said it was hilarious; the second, that it wasn’t that funny. I caught it on the third wave and it was almost that funny—assuming, that is, that you have a stomach for unrelenting bad taste, dirty jokes, and goodnatured, let’s-be-egalitarian-and-offend-everybody racist references. That wasn’t structured as a putdown—I have one of those stomachs myself. But halfway through Blazing Saddles I suddenly realized I’d guffawed good and hard at quite a few things along the way, but I could call almost none of them to mind. Like Friedkin and Blatty in their department, Mel Brooks tends to shock and run. I’d probably laugh a second time at Slim Pickens’s riding up and demanding “Whut in th’ wide wide world uh sports is goin’ on here?!” because, although it’s a dumb joke, it and Pickens were both funny the first time and Pickens would still be delightful the second. I wouldn’t be caved in a second time when John Hillerman pretentiously invokes Nietzsche and David Huddleston responds, “Ah, blow it out your ass, Howard!” with a ten-gallon scowl, because that gag lacks even the whimsy of “wide wide world of sports” and depends purely on surprise to work at all. Both Hillerman and Huddleston have done fine comic turns in the past (for Bogdanovich in What’s Up, Doc? and Newman-Benton in Bad Company, respectively; and there was also Hillerman’s truly menacing job as the sheriff—and his bootlegger brother—in Paper Moon), but Brooks encourages them to turn in only the broadest, most insubstantial, TV-variety-sketch performances.

END_OF_DOCUMENT_TOKEN_TO_BE_REPLACED 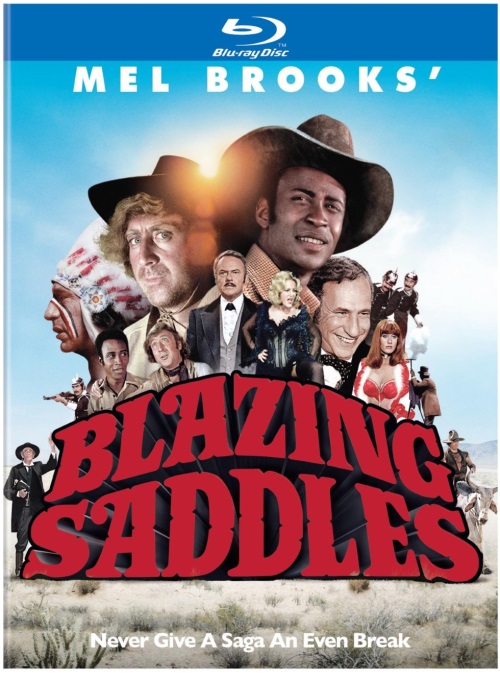 END_OF_DOCUMENT_TOKEN_TO_BE_REPLACED

Silent Movie is Mel Brooks’s best film to date, and his first unqualifiedly successful movie. His earlier films, funny as they are, are hampered by unevenness and overemphasis, and by the kind of selfcongratulatory distrust of the audience that makes Brooks hold his shots too long, zoom in insistently on his sight gags, use the same joke again and again under the misapprehension that that makes it a running gag, or—when in doubt—have an unlikely person say “bullshit” or burst into Cole Porter. Silent Movie is a more personal film than the others, and—probably not coincidentally—the first in which Brooks has cast himself in a lead role. In fact, there is a sense in which Silent Movie is Brooks’s 8 1/2: The end title informs us “This was a true story,” and though we are reasonably certain that the man who made Blazing Saddles and Young Frankenstein didn’t exactly have to go through hell to convince a studio to let him do a silent movie, it must have been a daring and difficult idea to promote. (One wonders whether Alan Pakula, who once confessed an urge to make a contemporary silent film, ever made serious overtures to the studios.)