Too bad the title of the new multi-story Coen brothers film is taken from the first of its episodes. The Ballad of Buster Scruggs has the ring of a cartoon spoof, and it’s a perfectly suitable title for the film’s first segment, a Western sendup so broad it reminds us that every Coen brothers film has a little Wile E. Coyote and Roadrunner spinning around inside it.

But this movie, taken as a whole, is no spoof, nor a cartoon. Its first two sections are very funny, but gradually the project moves from comedy into something else, something kind of amazing. Exquisitely crafted and relentlessly bleak, Buster Scruggs is a glorious wagon train of dark mischief, a strangely entertaining autopsy on the human condition. Like Joel and Ethan Coen’s Burn After Reading, it pretends to be silly while it slips you the needle. 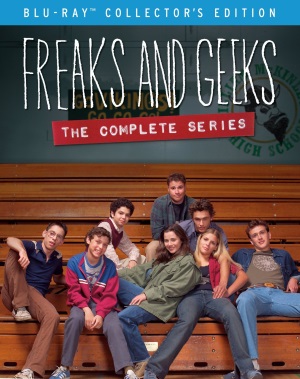 END_OF_DOCUMENT_TOKEN_TO_BE_REPLACED

We will address the C-word right away: Gia Coppola is the granddaughter of Francis Ford Coppola, niece of Sofia, cousin of Nicolas Cage, etc. Just 25 when she wrote and directed Palo Alto, this newest member of the filmmaking famiglia has opted for safe material for her debut: This one’s solidly in the high-school-angst genre. Watching this humdrum movie, I couldn’t help but wish she’d followed her grandfather’s route and chosen to cut her teeth on something less pretentious and meaningful—you know, like a down-’n’-dirty horror picture. Perhaps such a project would summon a little more oomph. (Pause here for a fond memory of Dementia 13, directed by the youthful F.F.C. in 1963 at the behest of Roger Corman.)

If I tell you that the ever-unpredictable James Franco plays a villain called “Gator” in a movie written by Sylvester Stallone, I would guess whatever’s forming in your mind right now is more fun than Homefront. This film is spirited—even breathless at times—but lacks the edge of craziness we’ve come to expect from the latest Franco escapade.

Stallone originally wrote the script (adapted from a novel by Chuck Logan) for himself, but handed the property to his Expendables buddy Jason Statham. It’s about an ex-undercover fed trying to lay low in Louisiana with his 10-year-old daughter (Izabela Vidovic); as these things will go, his past comes back in a complicated but violent way. Gator is the local meth-lab cooker with dreams of expanding his operation, but his associates keep letting him down—especially his strung-out sister Cassie (Kate Bosworth, getting Christian Bale–skinny) and his anxious biker-chick girlfriend Cheryl (Winona Ryder).