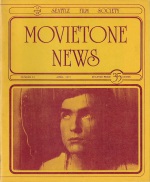 Any movie that runs two-and-one-half-hours-plus yet doesn’t have one glancing at his watch has to have something going for it. And The Ruling Class does, as long as deep thoughts about the medium don’t enter into it. The medium gets kicked about as freely as most other conventions: theatrical. social, familial, and the resulting film has the exuberance one might associate with a first-rate college revue. The collegians involved include some of the most reliable mainstays of the British stage and screen, and the genre is that mainstayingest of them all, the what-fun-it-is-to-roast-the-upper-classes genre that has made the fame and fortune of many a literary radical. The difference is that The Ruling Class shows itself to be aware of the implicit, frequently unacknowledged corollary: and-whom-could-we-pick-on-if-they-weren’t-around? The answer turns out to be: just about anybody.

END_OF_DOCUMENT_TOKEN_TO_BE_REPLACED 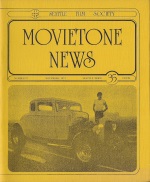 END_OF_DOCUMENT_TOKEN_TO_BE_REPLACED

The Internecine Project seems to be biding time on theater screens until a place can be found for it on the CBS Late Night Movie (it’s hardly likely any network would want to waste prime time on it). Everything about it promises negligibility, and the promise is kept: a less-than-super star (Coburn), a female lead whose potential has scarcely ever been fully realized (Lee Grant), some character actors who stopped getting—or making—good parts some time ago (Andrews, Hendry), a forgettable British sub-leading man who muffed his one big chance (Jayston—Nicholas of Nicholas and Alexandra), an anonymously pneumatic foreign blonde (Christiane Kruger), an English hack with conspicuously unimaginative pretensions to distinction (Hughes), and above all the tiresomely formulaic genre in which doublecrosses are so taken-for-granted by the audience that no degree of geometric complication can do more than increase the boredom. Geoffrey Unsworth unaccountably signed on for it, but his frosty images hold no surprises, and between Hughes’s dully tricky direction and the gross miscasting of Grant as an intellectual glamour girl (more filters and soft-focus are used on her than on Lucy in Mame), he is sunk with the rest of the crew. Indeed, one almost suspects a destructive round-robin behind the scenes keeping pace with the one onscreen.

END_OF_DOCUMENT_TOKEN_TO_BE_REPLACED

Sidney Lumet was just the right director for Equus, and just the wrong one. His certified ability to entice performances of considerable force — if not always precision and coherence — is invaluable to the film version of a play that, however much “opened up” for the screen, still depends to an extraordinary degree on the impact of actor on audience, and on his fellow players, for that matter. Equus is reasonably satisfying to watch as a collection of actor’s-moments, but only in a negative sense can it be discussed as a movie, and this is where Lumet’s essential wrongness for the project comes in. Peter Shaffer’s Equus, like brother Anthony’s Sleuth, is a highly stylized construct whose primary raison-d’etre is to provide a theatrical battle zone for a couple of skilled actors. A honey of a conceit lies at the heart of the piece, a point of convergence where sexual urgency and Christian iconography and primitive, almost primeval mystic rite overlap, intertwine, crossrefer, and get mixed up and mutated every which way, with man-on-horseback-as-godhead and man-and-woman-as-one-flesh setting up irresistibly resonant imagistic and conceptual rhymes. Pretty heavy, yes/no? Mm, could be, sure: sex and God and identity-crisis — that’s heavy-artillery stuff in anyone’s canon. But the fact is that Shaffer’s points and paradoxes are readily perceptible and paraphrasable about ten minutes into the picture, and prove to be several degrees less-sophisticated than “Rosebud” in Citizen Kane. But whereas Welles needed Rosebud only as a pretext, and could dispose of it with an ironic fillip about thirty seconds before the end of his movie, Shaffer/Lumet must keep the same not-so-multifaceted sparkler twirling for the duration of their show. And that they have chosen to let psychiatrist Richard Burton periodically pour out his anguish — and suggest a few interpretive glosses — direct to the audience only exacerbates the sense of desperately limited ideational resources being wrung drier than dry.