One plunges straight into unknown territory and action in A Boy and His Dog: Tatterdemalion figures dodging about in a wasteland, shooting at one another without apparent rhyme or reason. Some kind of reconnoitering dialogue—but no lips are seen to move and, visually, spatially, we find ourselves allied with … a boy and his dog? L.Q. Jones, writer and director of the film, gets down to business at once; before we know where we are, we have moved past the weird skirmish on desolate mudflats into the weirder realization that the conversation we have been puzzling over is a telepathic interchange between Vic—that’s the young man—and Blood, a shaggy mutt who has mutated light years beyond the Disneyesque canine to whom he bears some physical resemblance. Our suspension of disbelief about a dog who “talks” fast and dirty to his more-protégé-than-master is as immediate as our delight with Blood’s kinkily risqué sense of humor, his “doubletakes” and moués of disgust and exasperation with his sex-starved friend. Conversations between the two are shot with casual expertise and possess more bite and verve than most exchanges between humans in the film (witness the inane passages between Vic and the siren from “down under” he subsequently encounters), and Tim McIntire’s (Blood’s) delivery of irreverent repartee completes the visual identification of Blood as an authentically salty personality.

END_OF_DOCUMENT_TOKEN_TO_BE_REPLACED 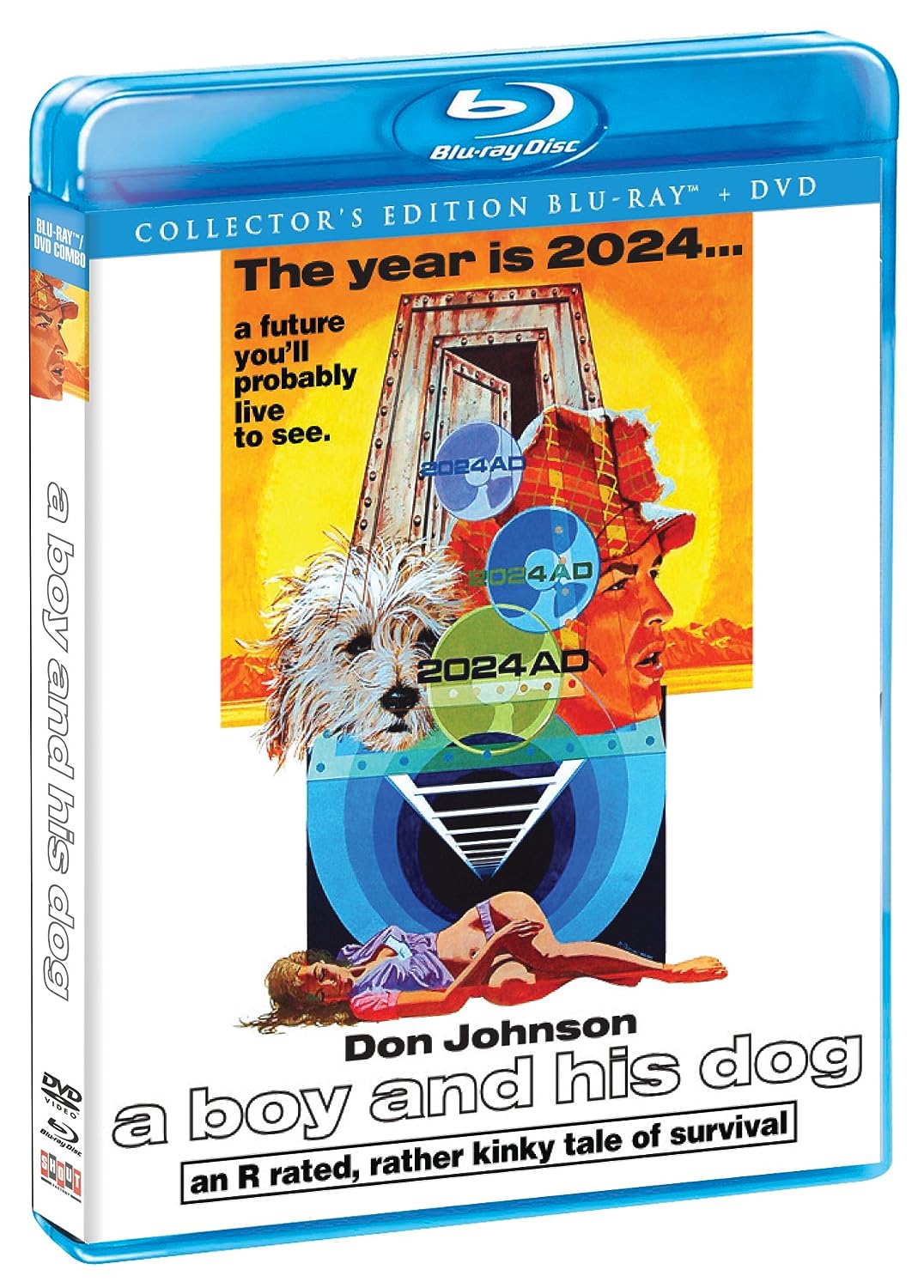 A Boy and his Dog (1975), the directorial debut of longtime character actor and Sam Peckinpah regular L.Q. Jones, is not the first post-apocalyptic vision of America but it does offer a different approach to the empty streets and ghostly cities that previously stood in for the life after the end. Where films like Five (1951) and The World, The Flesh, and the Devil (1959) gave us future where the cities and streets and detritus of urban life remains like a ghost to haunt the sole survivors, A Boy and his Dog offers a savage world where the past is rubble, nature has been blasted to a desolate desert, and the survivors are mercenary gangs and parasites picking through the pockets of ruins and preying upon the weak.

Jones establishes the sheer barbarity of the marauder culture with roving gangs dressed in mismatched (and often flamboyant) clothes travelling the wasteland like rogue platoons or feudal lords (one scruffy leader is pulled on a coach as if he were an Egyptian king). George Miller surely took a cue from Jones for The Road Warrior. There’s no future in sight, no new community trying to rebuild or even farm, and no women, at least not out in the open. This is not just a man’s world, it is male brutality and misogyny at its worst, and women are treated like salvage to be used and discarded.

Vic (Don Johnson), a dim, feral kid running on attitude and impulse, survives this world because he’s teamed up with Blood, an erudite telepathic dog (the voice of Tim McIntire out of a mutt that looks like Benji on the skids) bred for war. Johnson was in his mid-twenties at the time but looks younger and he plays Vic as an uncivilized creature of pure testosterone and adolescent impulse, an idiot child who has survival skills without the smarts or the instinct. He’d likely be dead without the cynical, sarcastic Blood, whose job is to sniff out females for Vic but is also the brains of the partnership. The wisecracking from Blood at times borders on arrogant and disdainful, which is what makes the relationship so vivid. They are a true bickering couple who, like it or not, need each other.