Roma is a product of Fellini’s self-indulgence. He puts everything he’s loved about Rome, and himself, upon the screen, in semi-documentary style, with the only unifying factor being a weak autobiographical framework. It’s like a big home movie shot by lovingly nostalgic professionals. The color is exquisite, and many of the individual segments are unforgettable. For instance, at one point we’re treated to an ecclesiastical fashion show, complete with red-carpeted runway, announcer, lively organ music, and increasingly fantastic outfits modeled by nuns, priests, bishops, and a pope (whose robe comes with flashing lights). During scenes of Rome of thirty years ago, a rather insipidly handsome actor plays Fellini as a young man, making his way through lusty dinners in a piazza and even lustier evenings in whorehouses. There’s a graceful transition from past to present in the film—showing much of the director and his crew in the later parts—ending in a nocturnal zoom through the city by a motorcycle gang. Apocalyptic? Who knows? Fellini never gets further than suggesting bits of meaning; one gets the impression that that isn’t his point. Unfortunately, nothing seems to be his point, less so than in The Clowns, Roma, a conglomeration of episodes—visually fascinating as they may be—leaves even seasoned Fellini lovers a little cold.

END_OF_DOCUMENT_TOKEN_TO_BE_REPLACED 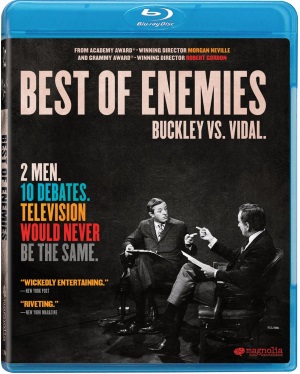