Detective Story is a precinct-house Oedipus Rex; and though I have neither seen nor read Sidney Kingsley’s original play, I am certain that the Attic overtones are his work, not that of Yordan and Wyler. In the film, Kirk Douglas puts in one of his finest performances as the uncompromising, obsessive detective who learns, reluctantly, and to his horror, that his crusade against evil swings past the wide assortment of criminals who come daily to precinct headquarters to be questioned and booked and ultimately focuses on himself. Oedipus’s relentless inquisitiveness is equally divided between Detective McLeod (Douglas) and his gruff supervisor (Horace McMahon). Teiresias appears as a lawyer (Warner Anderson), in possession of key evidence but reluctant to share the truth he knows. Iocasta is McLeod’s wife, with a carefully guarded secret about her past (ineptly played by the miscast Eleanor Parker, in the only job of acting in the film that falls short of splendid). Even the shepherd, who gives the final bit of evidence that seals Oedipus’s doom, appears in the person of an oily racketeer (Gerald Mohr) who shares Mrs. McLeod’s secret. The film also boasts an assortment of messengers and a Chorus of helpful fellow detectives who place McLeod’s suffering in perspective. But, though the unities are generally maintained, the turgid ritualism of Greek tragedy is exchanged for a seriocomic realism by the introduction of a most interesting and well-played bunch of pathetics and grotesques: the witnesses and arrestees of an evening’s work in the precinct.

END_OF_DOCUMENT_TOKEN_TO_BE_REPLACED 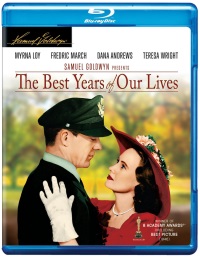 By all rights, the 1946 homecoming drama The Best Years of Our Lives (Warner, Blu-ray) should have been another well intentioned film left to the dated dustbins of history, but World War II vet William Wyler (working from an original Robert Sherwood script) put more soul into this picture than anything else in his career. Clocking in close to three hours, the characters creep up on you: stiff Dana Andrews whose displaced working class joe can’t seem to find himself again, moral authority Fredric March as a family man and frustrated bank manager, and Harold Russell, a real life paraplegic war survivor as a kid dealing with the emotional and physical challenges of life without arms. They come from different services (Army, Navy, Air Force), different ranks, and different home life situations (upper class husband and father, middle class family son, working class newlywed adult), covering a lot of bases of experience. All they have in common is the same hometown and the same ride home. They get to know one another in the nose of a transport plane as they hop their way across the country. It’s enough to give them a camaraderie and a connection that even their loved ones back home can’t fill.

It’s easy to see the script designed as a “statement” about the experience of the returning veteran and the state of the nation after the end of the war, and there is something sturdy and square about the film, but it fits the subject matter and the gravity of the film. Wyler takes his time to let the characters out slowly, feeling their way back into lives they don’t quite fit into anymore. March won an Oscar for his witty portrayal of a man whose values have been knocked off-balance by the war. Though he’s the least scarred by the war, he’s the first to lubricate his discomfort at social gatherings, getting drunk to avoid facing serious emotional situations or distasteful business obligations. It’s not like he’s an alcoholic (or at least Wyler isn’t quite making that case) but it’s also not as cute as Nick and Nora at cocktail time. He’s getting drunk to escape in a way his buddies do not. And Russell won two Academy Awards for his debut as the easy-going, self-effacing vet who uses humor to deflect pity before it gets spoken but can’t help but feel like he’s come back less a man than he was – the only performer to ever win two Oscars for a single performance. But it’s Andrews who gets the everyman part, the confident American guy who made officer and commanded men under fire yet comes home to find nothing but the same dead-end service job waiting for him. He doesn’t want much, just a chance, and even that seems out of reach in the town the passed him by.

Wyler and Sherwood resist any temptation for flashback illustrations (the closest they get is Andrews’ recurring nightmare of a bomber crash, all noise and shadows under his cries) and Wyler is very tender with their experiences. We twice see Russell’s ritual of removing his prosthetic arms and it is a quietly humbling experience that, when it’s over, leaves him dependent on others. Russell exhibits no self-consciousness in the scene, no self pity. It’s about vulnerability, helplessness, trust, and his willingness to be so naked in front of the camera invests an otherwise amiable performance with a life that the movies only previously showed in terms of horror or tragedy. Here, it’s just life and it goes on.

Interestingly enough, Myrna Loy gets top billing for a supporting role (and frankly, she is given little else to do, though she does it with grace, humor, and mature sexiness so little seen in the movies in any era), and Cathy O’Donnell, who went on to become the quintessential fragile or broken innocent of film noir, gets “introducing” credit. And while Virginia Mayo gets a rare dramatic role as Andrews’ fun-loving wife disappointed to find the dashing officer she married now a mere working class civilian, it’s bubbly Teresa Wright as the headstrong daughter of March and Loy who takes a decisive role in their drama.

It won seven Oscars in all, including Best Picture, Best Director, and Best Screenplay. The Blu-ray debut is very handsome (Blu-ray can give black-and-white movies such visual depth!) and features a video introduction by Virginia Mayo and interviews with Mayo and Teresa Wright. 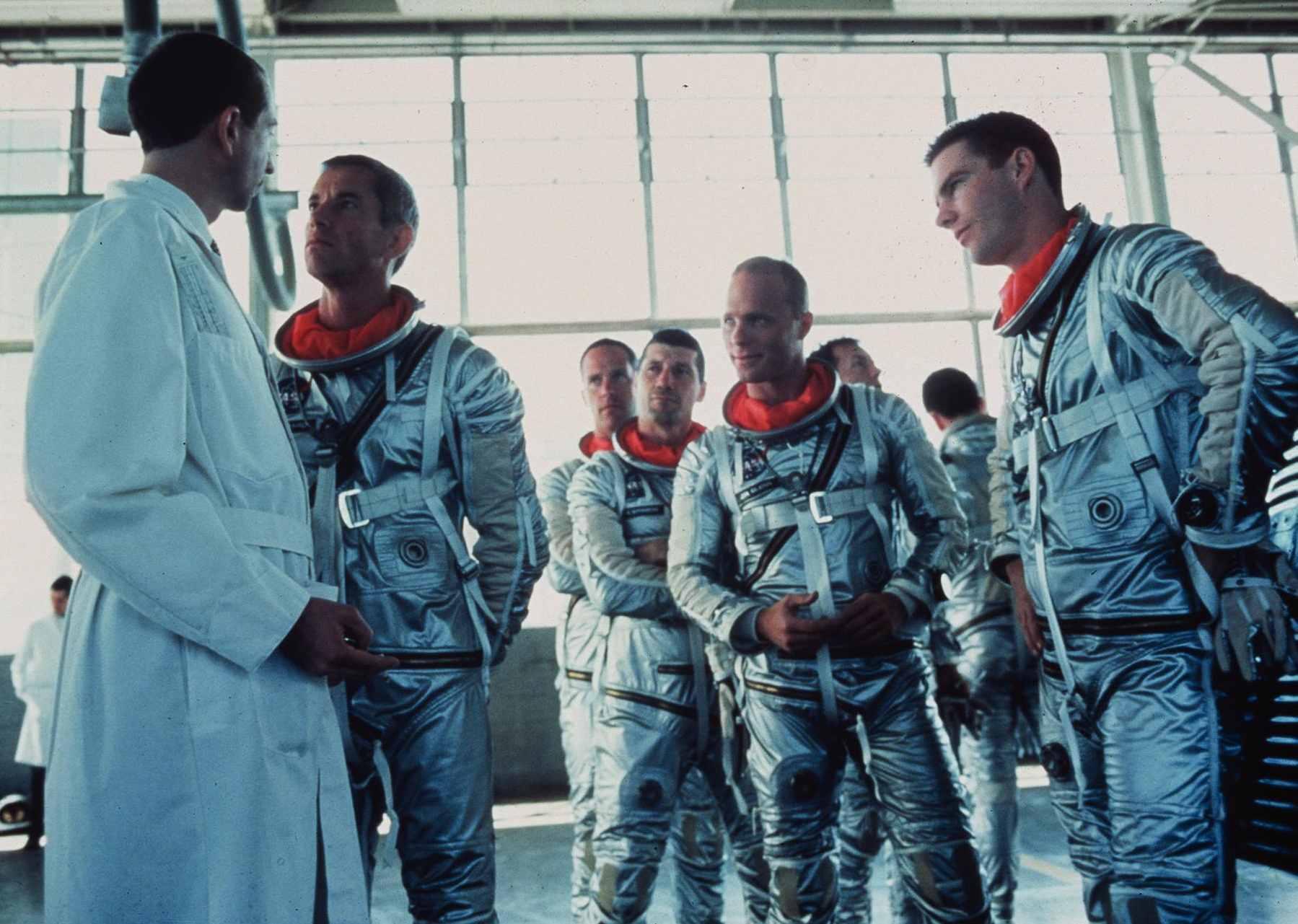 The Right Stuff (Warner, Blu-ray), Philip Kaufman’s adaptation of Tom Wolfe’s acclaimed portrait of the original NASA astronauts, is *the* American epic of the last great frontier and a genuinely romantic take on the first generation of space cowboys. In fact, we know that Kaufman’s heart lays with test pilot cowboy Chuck Yeager, played by Sam Shepard as a man who rides horses when he’s not punching a hole through the sound barrier. The three-hour-plus film, narrated by Levon Helm in a storyteller’s drawl as if recounting a myth, follows the story of the race to claim the skies from the competitive culture of the test pilots in New Mexico to the rush to beat the Soviets to the moon after they put the first man in space. The shift in national priorities (“You know what makes those ships go? Funding!”) and public attention left Yeager and the jet cowboys behind and gave us new American heroes: the astronauts. And while Kaufman clearly reveres Yeager, he celebrates the courage and the commitment of the original astronauts and gives them their own mythic resonance.