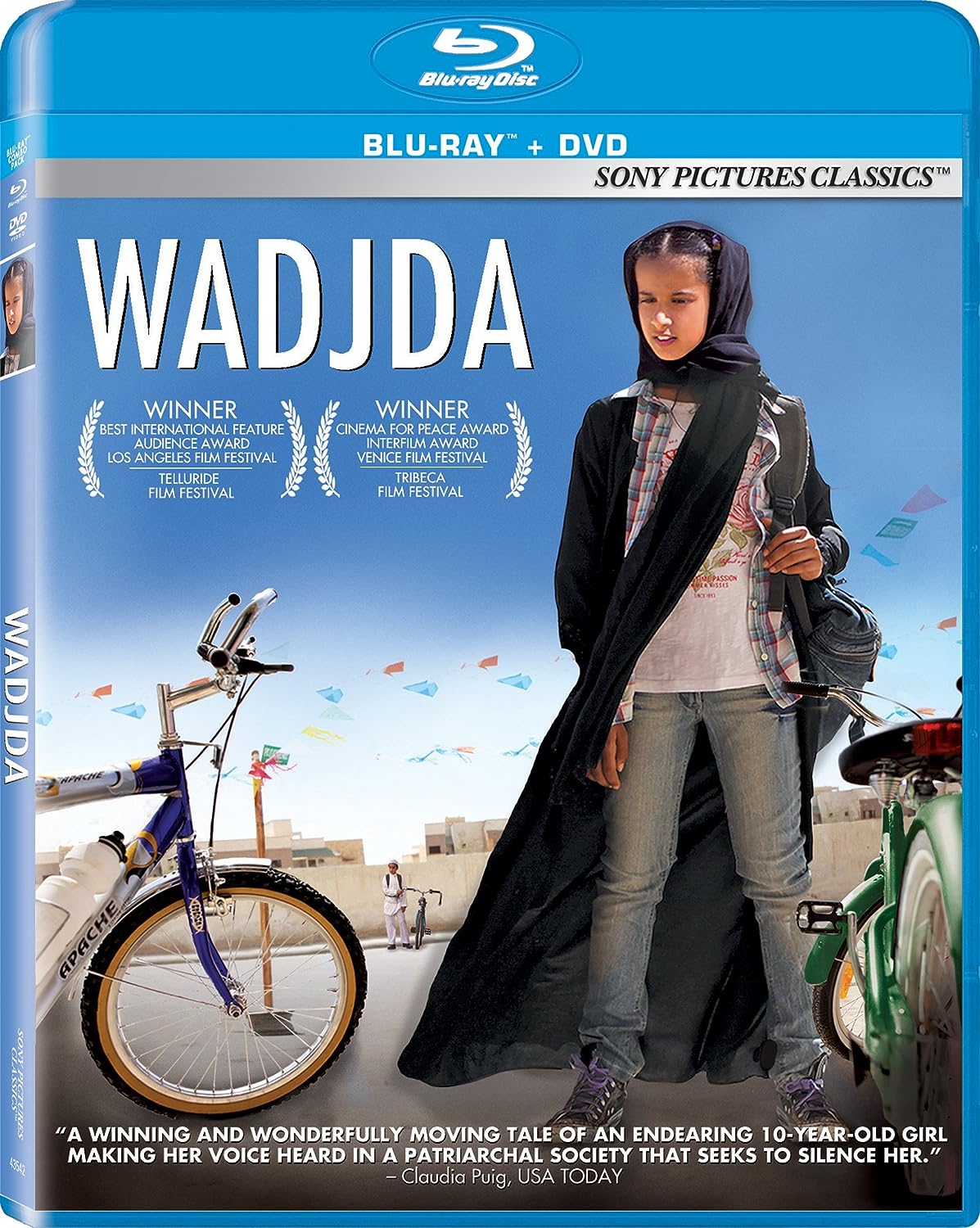 Wadjda is the first feature film produced entirely in Saudi Arabia (a country where there are no cinemas) and the country’s first submission to the Oscars in the Best Foreign Language Film category. That it did not make the final cut is no comment on the film itself, which is compassionate, committed, compelling, and accomplished. It’s also written and directed by a woman filmmaker, Haifaa Al Mansour, who learned her craft abroad and returned home to make her first feature. That in itself is a small miracle in a country that forbids women the right to drive and demands they follow a strict code of conduct in public and testament to the commitment of the director to engage with her own culture on her own terms.

Wadjda (Waad Mohammed) is a 10-year-old girl who decides that she is going to buy a bicycle after a male classmate shows off in front of her with his brand new bike. It’s not merely a matter of expense, which she hopes to meet by selling crafts and winning a contest. Girls simply don’t ride bikes, which are seen as a threat to the “virtue” of girls by the conservative Islamic society. Wadjda is an only child looked after almost exclusively by her mother (Reem Abdullah), an educated professional who desperate to hold on to her mostly absent husband. She is unable to give him a son and suspects his family of trying to find him a second wife, despite his denials. His absence speaks louder than his words.

Let us assemble the elements of a formulaic story: Spunky pre-adolescent girl, patriarchal society, girl’s dream of owning a bicycle, school contest with cash prize allowing for bipedal purchase. Oh, and there’s domestic unrest in the girl’s home, which helps account for her acting out.

It would be easy to suggest that this formula is redeemed through the sheer novelty of this film’s setting, Saudi Arabia. The stakes are higher, the patriarchy crazier, and the tale of the movie’s making an added value. (Wadjda is the first feature directed by a Saudi woman.) But I think the film is better than its formula and better than its backstory. In fact, it’s pretty awesome.