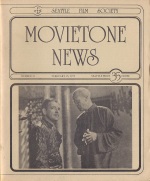 The Italian Job got past me but, from what I can tell from descriptions thereof, it set in motion a trend in Peter Collinson’s work that is continued in Innocent Bystanders. The potentially portentous title notwithstanding, this latest Collinson takes us far from the significance-laden likes of The Penthouse, Up the Junction, and A Long Day’s Dying into the region of closeup slambang for (commercially if not morally) pure purposes of entertainment. The government arms that manipulate poor, physically unsexed Stanley Baker and his fellow/rival espionage agents are unrelentingly portrayed as cold, inhumane entities staffed by inhuman types like Donald Pleasence (who manages to be amusing about it) and Dana Andrews, but this has simply become a convention of the genre these days and no longer counts as the subversive gesture it once was in the black and white morality plays of Fritz Lang and the crimefighting semidocumentaries of Anthony Mann.

END_OF_DOCUMENT_TOKEN_TO_BE_REPLACED 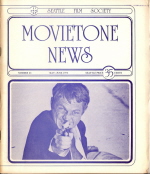 Michael Winner was once identified with middle-aged impersonations of youth pictures (The System aka The Girl Getters, You Must Be Joking, The Jokers). What was so striking about most of those pictures was that nobody, least of all the swinging youths, had much fun. In the past couple of years Winner and a supporting company including writer Gerald Wilson, cameraman Robert Paynter, and Peckinpah’s favorite scorer Jerry Fielding have dubiously gifted us with a series of films so grim-lipped, so relentlessly machined, so barren of hope for the dramatis personae or the audience that simply to name them is to experience the chill of premature extinction: Lawman, The Nightcomers, Chato’s Land, and—latest till now—The Mechanic. What has kept moments of these films alive—as distinct from twitching galvanically in helpless response to Winner’s gratuitous zooming, craning, and this’ll-getcha cutting—is the incidental pathos of aging stars floundering in delicately superannuated genres being mercilessly perpetuated by an unsympathetic and sometimes downright ugly sensibility; I recall especially Burt Lancaster and Sheree North in Lawman (though the highly contemporary Robert Duvall also distinguished himself therein by taking to chaps and saddle with the same unimpeachable naturalness with which he became a coldblooded consigliere) and Marlon Brando as an old/young Quint in The Nightcomers, that ill-advised supposition of what happened before The Turn of the Screw. In all of these films (middle-)age has been threatened by sterile youth already on the verge of anachronism, and the course of events has more often than not been an irreversible and deadly predictable process of mutual annihilation.

END_OF_DOCUMENT_TOKEN_TO_BE_REPLACED

The only thing of interest in S*P*Y*S—and it’s of sooooooo little interest—is the mystery of how such sharp guys as Kershner, Gould, and Sutherland ever got mixed up in it; or, beyond that, how, having recognized what a mire they were in (and they must have recognized it, sooner or later), they failed to distribute more clues to their disenchantment as disavowals of any responsibility. Since I’ve tossed more than my share of bouquets toward directors, I’ll continue to play it the auteur way and throw my biggest stink bomb at Irvin Kershner. No semblance of focus or structure is to be detected in the film, and it does seem proper to blame the director for that. Even when a competent, well-intentioned director has his film messed up in production or post-production by the proverbial front office, traces always remain: the occasional sequence left intact, a broken-backed but discernible emotional rhyme scheme in the performances, distinctive niceties in the selection of angles here and there, the way corners of shots get filled up. And I didn’t see nothin’ like that in S*P*Y*S, nowhere, no way.

END_OF_DOCUMENT_TOKEN_TO_BE_REPLACED

The opening shots of rolling sea and thundering Berber cavalry, well-handled as they are, don’t really hint that The Wind and the Lion is going to be a good—more precisely, a special—movie. They might presage any epic film (“epic” in the Hollywood sense) since Ben-Hur, getting off to an obligatorily actionful start, only to succumb to Charlton Heston monumentality, Philip Yordan poeticalism, or what Pauline Kael once exasperatedly termed David Lean’s “goddam good taste.” The first indication that John Milius has something distinctive going here comes after the Berbers have reached and breached their destination, a compound above Morocco where, on this pleasant afternoon in 1904, they propose to kidnap thirtyish American widow Eden Pedecaris and her two children.