There are, I understand, people who can drive around a mesa in the American Southwest and come upon a vast, stunning expanse of pure Western landscape and not hear the music from The Magnificent Seven in their heads. Sad, but true. The catchiness and ubiquity of Elmer Bernstein’s thrumming music (which Marlboro licensed for their TV campaign peddling a manly, nicotine-loaded lifestyle) is so definitive it instantly summons up the Old West—or at least the cinematic version—in its first few beats. That music is the Western movie.

Bernstein’s score is amusingly hinted at during the remake of The Magnificent Seven, but you’ll have to wait until the end credits for a full nostalgic airing of the main theme. The original music is too heroic and unconflicted for a 21st-century Western, which Antoine Fuqua’s new film certainly is: Multicultural in its casting and pointedly political in its choice of bad guy, The Magnificent Seven is a 2016 movie all the way. In fits and starts, it also manages to be a pretty enjoyable Western. 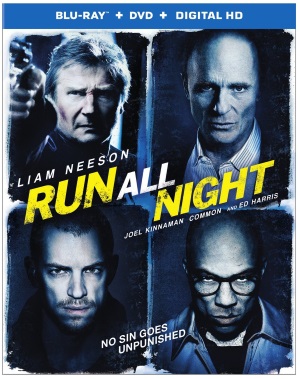 Love, Death, and the Imagination in Dan Ireland’s The Whole Wide World

This appreciation was written for Film Comment magazine in 1996. Reflecting fond memories of SIFF film-going, this review also expressed my delight in discovering The Whole Wide World, a terrific movie by Dan Ireland, one of the founders of SIFF and an old friend. – KAM

The citizens of Rain City have been passionate devotees of the Seattle International Film Festival for nigh on to two decades. Founded by Dan Ireland and Darryl Macdonald, a couple of optimistic entrepreneurs from Vancouver, B.C, SIFF bowed in 1976 with an l8-day slate of movies by the likes of Volker Schlöndorff and Margarethe von Trotta, Luis Buñuel, Lina Wertmüller, Claude Lelouch, Claude Chabrol, Paul Verhoeven, Ken Russell, and Rainer Werner Fassbinder. Hot stuff in the days when the small but dedicated Seattle Film Society was practically the only reliable purveyor of cutting-edge foreign film north of San Francisco. Under the quiet rain, Seattleites queued up happily.

This past June, I returned to the city where, in spite of mildew, I thrived for nearly a quarter-century; there was an American-independent competition for best first film, and I was one of four jurors. Among the more than a dozen films in contention were Jim McKay’s Girls Town, Sal Stabile’s Gravesend, and Alan Taylor’s Palookaville—all examples of the currently fertile genre of flavorful ‘hood movies, featuring ethnic tribes of argot-speaking boys or girls looking for a way to stay alive, make a living, and/or crash out of their mean streets. Rachel Reichman’s uncompromising Work fell into this category as well, only the neighborhood is rural New York, economic and spiritual dead end for a not especially beautiful or gifted girl left behind by her summer love, a college-bound black woman.

But The Whole Wide World, the film unanimously voted best of the bunch, is a very different kind of ‘hood movie, set in a couple of backwater Texas towns in the mid-Thirties, and the boy and girl who speak its special language break out mostly through their imaginations. That The Whole Wide World (to be released at Christmas by Sony Classics) should be a first film by old friend and fest co-founder Dan Ireland brought me full circle in my remembrance of things past, and made this latest of many Egyptian bacchanals the best kind of reunion.