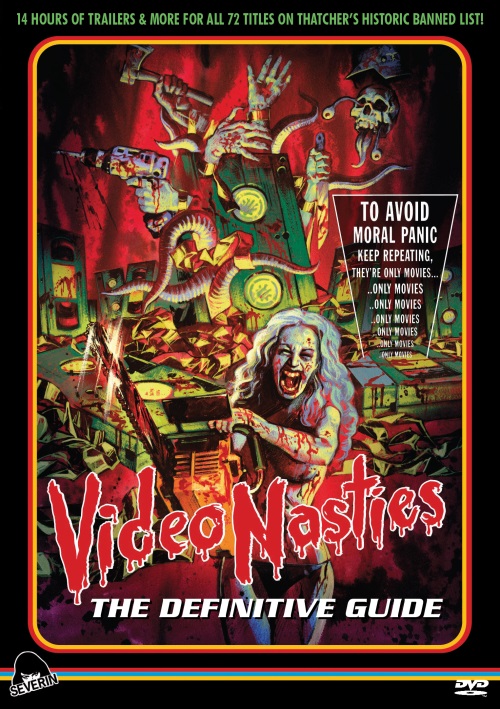 The term “video nasty” isn’t exactly a common phrase in the U.S. but in Britain it defines an era of nanny state censorship. The British Board of Film Censorship, or BBFC, determined what could be shown in British theaters and often forced cuts to content or outright banned films, but home video did not exist when the law was written. When the video rental business took off in the 1980s, films that were either banned or censored in theaters were available uncut on tape. The fears of kids being emotionally scarred or corrupted by these tapes were fanned from an ember to a conflagration of controversy thanks to a campaign led by social conservative reactionary activist and self-appointed moral watchdog Mary Whitehead. Members of Parliament, riding the wave of public hysteria, passed the Video Recordings Act of 1984, which forced all videotape releases to be passed by the BBFC before they could be rented or sold in the UK. It imposed an even stricter content code on commercial videotapes than on theatrical releases and, though standards have eased in the decades since implementation, the act is still in effect.

Video Nasties: The Definitive Guide is a three disc set anchored by Jake West’s 2010 documentary Video Nasties: Moral Panic, Censorship and Videotape, a comprehensive history of the social hysteria and media coverage surrounding the call for censorship, the Parliamentary response, and the reverberations of the act.