Dustin Hoffman is seen without being heard in Pietro Germi’s Alfredo, Alfredo, but the disadvantage is minor, so adroitly does he adapt himself to the characteristic and very photographable behavioral style of the harried Germi male, made iconically vivid and familiar by Marcello Mastroianni in Divorce Italian Style. As there and in subsequent films like Seduced and Abandoned and The Birds, the Bees, and the Italians, Germi employs hectic, sardonic, sometimes slapstick comedy to exemplify the very real agonies that result from the clash of love, sex, and social strictures in his native land. Whereas Divorce Italian Style satirized an existing dilemma, Alfredo celebrates historical progress: something like divorce American style has finally replaced the last resort, upholding the Unwritten Law, and the new picture actually begins with the protagonist in the lawyer’s office preparing to shed his less-than-ideal spouse. Not that divorce is the be-all, end-all, and cure-all in Germi’s scheme of things: he and his hero conclude the film with shaky optimism at best, almost certain that the new marriage being made in the final scene will also prove unworkable.

END_OF_DOCUMENT_TOKEN_TO_BE_REPLACED

Antonio Pietrangeli is the greatest Italian filmmaker of the sixties you’ve never heard of and his bittersweet I Knew Her Well (1965), starring Stefania Sandrelli as a country girl in Rome trying to break into show business, is his masterpiece. Young and beautiful, Adriana (Sandrelli) is able to get by on her looks, taking temporary jobs between modeling gigs and screen tests, and she’s savvy enough to understand that sex is a commodity to be traded for favors from press agents, managers, and minor celebrities. But she’s far from cynical, at least at first, as she plays the game and enjoys the nightlife, and she’s even a bit naïve, constantly hooking up with charming, good-looking cads who have a habit of abandoning her. It’s episodic by nature, a series of snapshots from her life, and directed with the light touch of a frothy Italian comedy that belies the mercenary society and cruel behavior of the rich and successful.

Pietrangeli co-wrote the film with Ettore Scola (among others) and they offer a satirical portrait of the shallow celebrity culture and Roman nightlife of La Dolce Vita with both a more vicious edge—the callous treatment of a washed up actor (played by Ugo Tognazzi) is truly painful—and a breezy, easy style. The simple irony of the title isn’t hard to fathom. None of the men ever bothers to get to know Adriana at all, dismissing her as a silly beauty good for a one night stand, and Sandrelli plays her as a seemingly frivolous, capricious young woman with nothing on her mind, kind of Italian Holly Golightly without the cynical calculation. Yet she’s more perceptive than anyone realizes as she navigates the mercenary world with energetic optimism before she grows disillusioned in the final act of the film. Sandrelli has a kind of blank, oblivious beauty that makes her great casting for simple, silly, not-too-bright characters (see The Conformist) in her youth, and Pietrangeli uses that surface frivolity beautifully. She’s simply heartbreaking.

I Knew Her Well plays for four days at NWFF in a newly restored edition. Showtimes and tickets here.

The new 4K restoration of Ran (1985), Akira Kurosawa’s epic re-imagining of Shakespeare’s King Lear in sixteenth-century Japan, runs for a week at SIFF Cinema Uptown. Tatsuya Nakadai plays the aging warlord who divides his empire among his three sons and slips into madness as he is neglected, betrayed, and stripped of his dignity. Kurosawa is not merely true to Shakespeare’s story, he brings scenes alive with a cultural twist and a visual mastery, from the pageantry of warriors filling vast fields of green with red and white flags and uniforms to the howling storm that strikes during the warlord’s spiral into madness. The spectacle is brought home with delicately observed performances and beautifully sculpted relationships, an intimacy that gives the epic its soul. I haven’t seen the restoration but I imagine those colors are more vivid than ever. Chris Marker’s documentary A.K.: The Making of Akira Kurosawa’s Ran (1985), a profile of Kurosawa on the set of the film, also plays at SIFF Film Center.

The Wim Wenders retrospective “Wim Wenders: Portraits Along the Road” this week presents Buena Vista Social Club (1999) at SIFF Film Center and Pina 3D (2011) at SIFF Uptown (both Wednesday, March 30) and Until the End of the World: Director’s Cut (1991) at NWFF (Thursday, March 31).

If you missed Apichatpong Weerasethakul’s Cemetery of Splendor during its weeklong run at NWFF, it will be back for one night at SIFF Film Center on Monday, March 28.

The Cinerama is one of the only ten theaters in the country to show Batman v Superman: Dawn of Justice in a 70mm film print. It will run for a week on film, and then revert to DCP on Friday, April 1, so celluloid junkies should make a plan for that first week. And remember: the Cinerama sells reserved seating so you may want to purchase in advance. The Cinerama webpage is here. END_OF_DOCUMENT_TOKEN_TO_BE_REPLACED

Partner is the film Bernardo Bertolucci made following Before the Revolution and prior to The Conformist, The Spider’s Stratagem, and Last Tango in Paris. It is nominally based on Dostoevsky’s The Double. There are some really extraordinary things in it, but it is also the least satisfying of the five Bertolucci films that have found their way to the United Stares (his first feature, The Grim Reaper, is not in distribution here). While there are sometimes two Pierre Clémentis on screen at once, the movie and the character suffer less from split personality than from multiple fractures. Clémenti plays Jacob, a young intellectual haunted by his own double; and here, as elsewhere, Bertolucci is concerned with the gap between political awareness and political action. But despite the film’s basic conceit, he has failed in Partner to find illuminating forms and figures for this very contemporary emotional ailment. The double device signifies in only the most obvious ways: mostly it provides opportunities for Bertolucci to create some fascinating shots. Toward the end, we are told that the revolutionary side of Jacob is a part of all of us that may some day find expression. But this neither suggests nor compels much conviction, especially since Bertolucci, his film, and the characters trail off into self-doubt … at which point the film ceases to continue.

END_OF_DOCUMENT_TOKEN_TO_BE_REPLACED 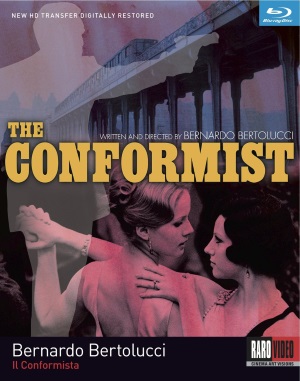