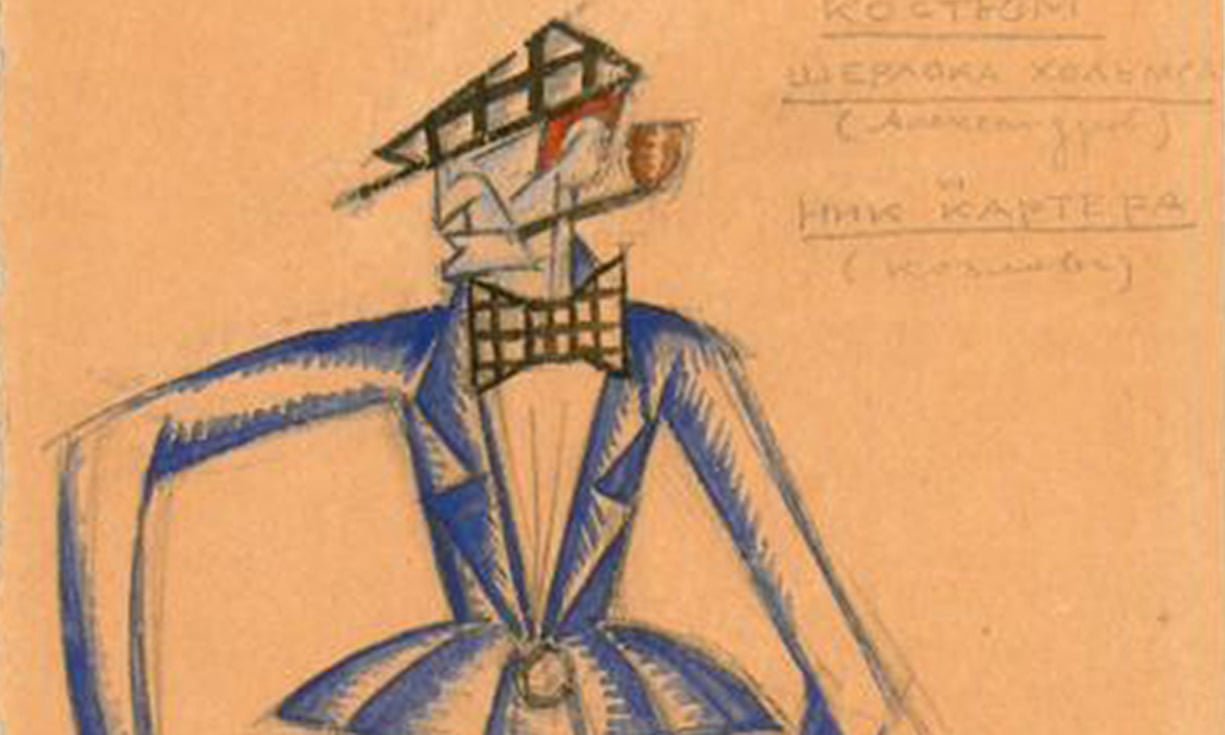 Sergei Eisenstein’s happiest years were probably those as an expatriate. His sojourns in Hollywood and Mexico are well known, but a new exhibit makes the case for his six weeks in London as equivalently liberating and personally transforming. Curator Ian Christie charts the subsequent cultural back-and-forth that led to Alexander Nevsky’s inspiring Olivier’s equally propagandist and spectacular Henry V; while Rob Sharp examines the filmmaker’s links to English culture, particularly for Sherlock Holmes (whom Einsenstein drew in an amalgam with Nick Carter). Both are beautifully illustrated by Eisenstein’s sketches, some dizzyingly geometric, some Thurberesque. Via David Hudson.

“Chaplin was warned by a number of people as he embarked on The Kid that slapstick and sentiment would not mix and that gag comedy could not support the length of a feature film. The success of the movie proved them wrong, even if it remains poised on a knife-edge between a wonderfully original comedy and a perhaps too predictable maternal melodrama. But the old-fashioned plot offered Chaplin the chance to base his comedy not simply in burlesque but in a deeper exploration of the primal emotions of separation and abandonment. His engagement with melodrama no longer relied on Keystone’s parodies of mustachioed villains in top hats pursuing innocent maidens but on the genuine feelings of a family separated and then reinvented, and of a child’s fear of loss and desire for union and security.” Tom Gunning notes the unprecedented risks Chaplin was taking on in making The Kid, and his triumphant leap over them. Criterion also points out a pair of recent posts from silent movie location detective John Bengston, one tracing the locations employed on The Kid, and the other a delightful collection of screenshots where Chaplin’s fans have accidentally been caught spying on their hero from the edges of the frame.