The 43rd Annual Seattle International Film Festival opens on Thursday, May 18, with the opening night gala presentation of The Big Sick, from director Michael Showalter and writer/star Kumail Nanjiani, and closes 24 days later on Sunday, June 11 with the North American premiere of Raoul Peck’s The Young Karl Marx. In between there are (at last count) 161 feature films, 58 documentary features, 14 archival films, and 163 short films. All told: 400 films representing 80 countries (as of opening night).

The 43rd Annual Seattle International Film Festival opens on Thursday, May 18, with the opening night gala presentation of Sundance and SXSW hit The Big Sick from director Michael Showalter and writer/star Kumail Nanjiani.

In between, 233 features films (including 58 documentaries) and 163 short films from 80 countries will screen across 12 venues in Seattle, Bellevue, Kirkland, and Shoreline.

Welcome to SIFF 2017, still the biggest and longest film festival in the United States. It’s got something for everyone, from world premieres to restorations of classic movies, from movies for families to gonzo midnight movies that are definitely not for kids. There are comedies and dramas and thrillers, true stories and fantasies and stranger-than-fiction documentaries.

END_OF_DOCUMENT_TOKEN_TO_BE_REPLACED

Over 420 features, documentaries and short films from more than 85 countries were screened over the 25 days (and the last day is not over as of this writing, mind you) in 15 different venues.

Matt Ross’s Captain Fantastic (US), starring festival guest Viggo Mortensen (who was honored with the Festival’s Outstanding Achievement Award in Acting over the final weekend) and shot in part in the state of Washington, took the audience award for Best Film, Javier Ruiz Caldera won the Best Director award for Spy Time (Spain), Best Actor went to Rolf Lassgård for A Man Called Ove (Sweden/Norway), and Best Actress to Vicky Hernandez for Between Sea and Land (Colombia 2016).

Best Documentary was awarded to Gleason (US), directed by Clay Tweel, and Alive & Kicking: The Soccer Grannies of South Africa (USA/South Africa), directed by Lara-Ann de Wet, took home the Best Short Film award. The Lena Sharpe Award for Persistence of Vision given to the female director’s film that receives the most votes in public balloting at the Festival, went to The IF Project (USA ), directed by Kathlyn Horan.

New to the competition awards this years is the SIFF Official Competition award, selected from 12 entries making their World, North American, or US premiere at SIFF. Girl Asleep (Australia), the debut feature directed by Rosemary Myers, was honored with the award in its inaugural year.

Also new is the SIFF Ibero-American Competition, for films having their US premiere during the Festival that do not yet have US distribution. The inaugural winner is You’ll Never Be Alone (Chile ), the feature debut from Chilean writer-director Alex Anwandter.

The complete press release, which includes runners-up and jury statements, is featured below.
END_OF_DOCUMENT_TOKEN_TO_BE_REPLACED 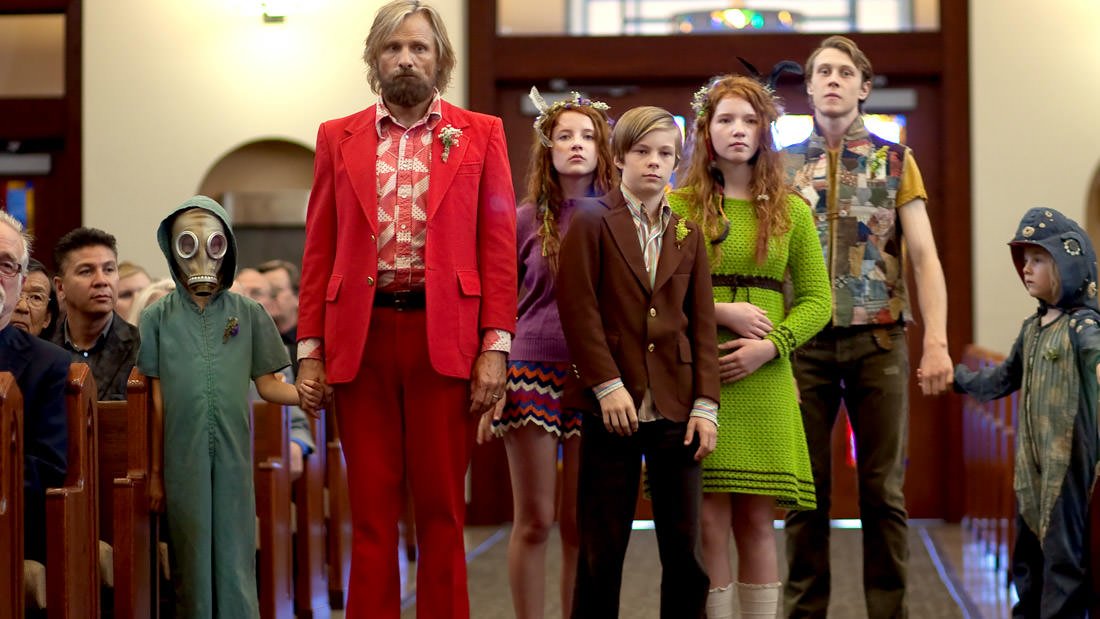 END_OF_DOCUMENT_TOKEN_TO_BE_REPLACED

SIFF celebrates its Renton Opening Night on Thursday, May 26 with a screening of the comedy My Blind Brother at the IKEA Performing Arts Center, followed by a party at the Renton Pavilion Event Center. Because SIFF isn’t just about the movies. It likes to party too.

And on Friday, May 27, SIFF extends its reach to Shoreline for the first time this year and it kicks off with a Shoreline Opening Night screening of The Tenth Man (Argentina), a lighthearted drama of a New York-based Jewish-Argentinian man returning home to Bueno Aires for Purim. Screenings take place at the newly-renovated theater on the Shoreline Community College campus (building 1600; see the Shoreline CC map), which is said to be state-of-the-art. I’ll be verifying this weekend; as a Shoreline resident myself, I’m thrilled to see the festival in my backyard. Campus parking is free for visitors after 4pm on weekdays and all day on weekends.

Tiny: The Life of Erin Blackwell, a follow-up to the devastating documentary Streetwise, received its World Premiere at SIFF. More than thirty years after that acclaimed exploration of the culture of homeless teenagers in Seattle, Tiny revisits Erin Blackwell, the poster girl of Streetwise—literally, her stone face behind vintage second-hand fashions was the defining image of the film. Director Martin Bell and photographer Mary Ellen Mark profile Ms. Blackwell as struggling mother with ten children, still fighting to get by. Martin Bell is scheduled to attend screenings.
Sunday, May 29, 4pm, Pacific Place; Monday, May 30, 11am, Pacific Place.

Chinese filmmaker Xu Haofeng brings the North American premiere of The Final Master (China) for three screenings across the city. Xu co-wrote the award-winning The Grandmaster with director Wong Kar-wai and his action choreography for The Final Master won an award at the Golden Horse Film Festival.
Saturday, May 28, 6pm, Uptown; Sunday, May 29, 6:30pm, Shoreline Community College Theater.

END_OF_DOCUMENT_TOKEN_TO_BE_REPLACED

The 42nd Annual Seattle International Film Festival opens on Thursday, May 19, with the opening night gala presentation of Woody Allen’s Café Society (in its North American premiere), and closes 24 days later on Sunday, June 12 with Jocelyn Moorhouse’s The Dressmaker. In between there are (at last count) 181 feature films, 75 documentary features, 8 archival films, and 153 short films. All told: 421 films representing 85 countries (as of opening night).

How to make your way around SIFF 2016 (Moira Macdonald, Seattle Times)
SunBreak SIFF Pro Tips for 2016 (Tony Kaye, The SunBreak)

A few blogs at SIFF

Should I See It?
Seattle Screen Scene
Den of Cinema
The Last Thing I See
A Classic Movie Blog

The 42nd Seattle International Film Festival opens on Thursday, May 19 with a gala screening of Woody Allen’s Café Society, direct from Cannes where it was the opening night event. That would generally be considered a coup for SIFF but the glitz is tarnished thanks to allegations of child abuse by Allen against the children of Mia Farrow. The controversy isn’t new but was effectively swept under the rug by a willing media until Ronan Farrow turned the spotlight back on his biological father and called out the media for letting the accusations slide as the film opened at Cannes. Nicole Brodeur writes about it at The Seattle Times, and I recommend Matt Zoller Seitz’s personal essay on his struggle to grapple with the art of Allen versus the actions of the artists. As for Seattle, neither Allen nor any of the stars will be attending the film.

What does any of this have to do with the film? Maybe nothing, maybe everything, depending on how you separate your engagement with popular art from the artists who create it. But by putting the film in the opening night spot, SIFF has made a statement of sorts whether it meant to or not. It was announced weeks before the embers of the controversy were fanned back to life, but those embers were always there, even if we (and I include myself) were willing to conveniently forget about it.

The festival really begins on Friday, May 20 as movies play in eight venues radiating out from Seattle Center to Capitol Hill, Ballard, and Bellevue. On Thursday it adds Renton and Friday it leaves Ballard for Shoreline, with Kirkland and Columbia City taking part later. But for now, let’s take a look at some of the highlight in this first week.

END_OF_DOCUMENT_TOKEN_TO_BE_REPLACED

The Seattle International Film Festival long ago embraced its role as a kind of floating civic carnival. For 25 days—25 days—the fest spreads itself out over multiple venues, luring people indoors during what I have been told is a beautiful time of year. There’s a kind of madness at loose here, from the sheer number of films (something in the neighborhood of 250 features this year, from 85 different countries) to the variety of events involved: visiting filmmakers, tributes, panel discussions, live music events, sing-alongs, and many parties. People spend their vacation time to attend the nation’s largest film festival, bagging as many movies as they can according to some staggering mathematical algorithms (most movies are screened two or three times). Inevitably, the films range from good to bad to indifferent, and given a festival this size, there are a discomfiting number of indifferents. Can we make some generalizations about the behemoth that is SIFF 2016?

In between, 268 features (including 75 documentaries) and 153 short films from 85 countries will screen across 12 venues in Seattle, Bellevue, Renton, Kirkland, and Shoreline.

That’s about the size of it at SIFF 2016, still the biggest and the longest film festival in the United States.

END_OF_DOCUMENT_TOKEN_TO_BE_REPLACED