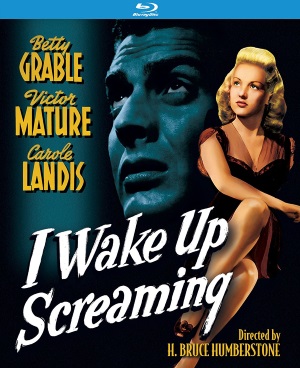 END_OF_DOCUMENT_TOKEN_TO_BE_REPLACED

Domenico kicks off the film with a volatile undercover assignment and a ferocious car chase that rivals The French Connection. Just the thing to introduce him as an ambitious hero with a penchant for muscular assignments and brazen action. Little does the media or his own father, a modest and idealistic career cop, know that he’s on the take. Not until a modest request from the mob puts him in a compromising position and his father in the cross-hairs of the mob.

This is another of di Leo’s gritty, violent dives into the underworld (see Fernando di Leo Crime Collection, reviewed on Parallax View here), but this time the conflicts are more personal. Domenico of course gets pulled farther into the tentacles of mob demands, and he’s tainted enough to know there are some things he can’t refuse. But when his old man is killed by a local lieutenant cleaning up loose ends of a minor conflict, Merenda goes on a mission of revenge against the mob and its business-like boss (Richard Conte), who negotiates the crisis with ruthless aplomb after his underlings botch the job. The characters aren’t as distinctive or interesting as other di Leo crime films but the brutal business of mob enforcement is executed with unflinching directness. They don’t simply take care of an inconvenient witness, they complete the job by taking out the man’s beloved cat with the same weapon.

END_OF_DOCUMENT_TOKEN_TO_BE_REPLACED

Caliber 9 (1972), the earliest film in the Fernando Di Leo Crime Collection quartet of Italian gangster pictures, opens on a scene like something out of a spy thriller—packages passed from hand to hand until the trade-off in the subway, and then the swaps back until the new package is brought back home—but quickly descends into a sequence of startling brutality, all the more brutal because the characters who are systematically tortured and murdered (blown up by dynamite in a cave in the hills, like something out of a perverse melodrama) are not guilty of the crimes they are suspected of. They are simply expendable.

The debut mob movie from writer/director Fernando Di Leo, a veteran screenwriter of spaghetti westerns who came to Caliber 9 (1972) after directing a handful of giallo and sexploitation pictures, establishes the sensibility of his gangster films to come: a hard, unfeeling brutality, a pitiless expediency and an understanding of who is expendable, who is untouchable, and what happens when those rules are broken, as they invariably, inevitably are. This set limns the boundaries of the Italian mafia movie in four rough, tough, pitiless films of greed, ambition, revenge, corruption and the lie of the criminal code.

These are hard, stripped down, lean narratives, where the complicated webs of alliances and betrayals are laid out with clean storytelling lines of force and set in motion with a pitiless momentum. Not that they move at a machine-gun pace, but the plots and schemes tumble out of the control of everyone involved and the reverberations of every attack—success or failure—has consequences that ripple through the underworld.

END_OF_DOCUMENT_TOKEN_TO_BE_REPLACED

This is what Blu-ray was made for.

I know that the special effect-laden sci-fi extravaganzas and action epics are what really drive home theater sales, with fans wanting to get theatrical presentation muscle into their home. But that’s all about showmanship (not that there’s anything wrong with that). What really sends me to heaven is watching a presentation of a cinema masterwork with the clarity, richness and integrity of a perfect 35mm presentation. Luchino Visconti’s The Leopard (1963), quite simply one of my all time favorite films, is one of those masterworks and Criterion’s new Blu-ray edition (freshly mastered from a stunning print with unparalleled color and crispness) is as perfect a home video incarnation as anyone could hope for and better than any theatrical screening I’ve have the pleasure to experience.

I believe that Visconti’s 1963 adaptation of Giuseppe di Lampedusa’s novel is his masterpiece. Burt Lancaster (his voice is dubbed by a deep-voiced Italian) may seem an unusual choice to play Prince Don Fabrizio Salina, an idealistic 19th century Sicilian prince (Visconti favored Laurence Olivier, a much more conventionally regal choice), but his confidence, his gravitas, and his understated cat-like grace as he walks through the world as if he owned it, creates a character of great authority and even greater melancholy. With the impoverished island nation of Sicily on the verge of revolutionary change and reform, Salina places his hope in this revolution to wipe away the corrupt ruling aristocracy (of which he is himself a member) and his upstart nephew Tancredi Falconeri (Alain Delon), who fights for a unified Italy with Garibaldi’s Red Shirts. “For things to remain the same, everything must change,” proclaims Tancredi as he sets off to join the revolution. Salina is publicly against the war but privately sympathetic and he sees Tancredi as the future of this country, or at least of his family, which is mired in a sinkhole of decadence and irrelevance.