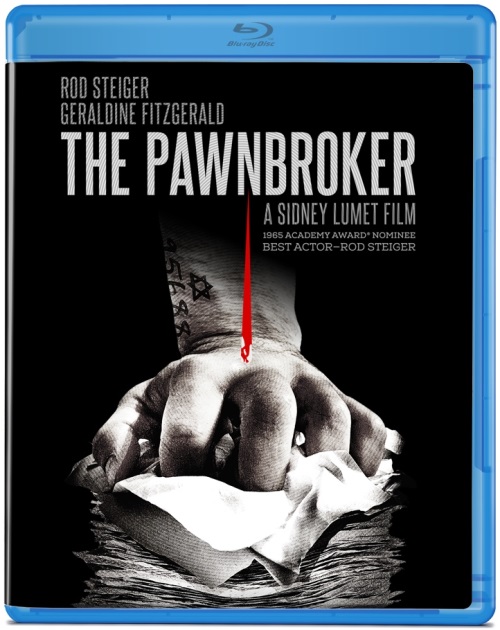 The first few minutes of The Pawnbroker, the 1964 screen version of Edward Lewis Wallant’s novel about a concentration camp survivor in New York City, takes us from an idealized memory of a family picnic in pre-World War II Europe (a soft-focus dream about to tip into nightmare) to an anonymous Long Island suburb to the slums of Harlem, where Sol Nazerman (Rod Steiger) runs a cluttered pawnshop. It’s a series of whiplash culture shocks that doesn’t exactly tell us what we need to know about Sol’s journey but sets the stage for his dislocation. Once he lived his life. Now he simply endures it.

His young, energetic assistant Jesus (Jaime Sánchez of The Wild Bunch) talks a mile a minute and many of the shop’s walk-ins, a stream of addicts, hookers, thieves, and a few lonely souls more desperate for contact than cash, try to engage Sol in the most rudimentary of conversations. But Sol is an impenetrable wall of business. He’s not rude or dismissive, even when slurs are spit his way, simply terse and direct and unyielding. “I have escaped my emotions,” is how he explains it to Tessie (Marketa Kimbrell), the widow of his once-closest friend. To an insistent social worker (Geraldine Fitzgerald) who keeps gently pressing him to talk, he’s more forthright about his dispassion and disinterest in his customers or anyone else. “Black, white, or yellow, they are all equally scum. Rejects.” After losing his wife, his children, and his parents to the Nazis and the concentration camps, Sol has lost faith in God and humanity alike.