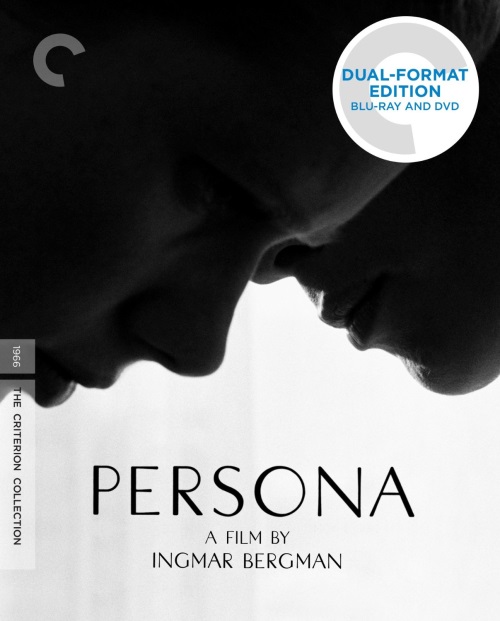 The greatest leap in home video technology since Criterion released its first DVDs 15 years ago or so is the amazing improvement in mastering technology. With the digital revolution making digital prints the standard for cinema projection, the combination of elevates standards for film-to-digital quality and the HD standard of Blu-ray has brought near-cinema quality to home theater.

Persona (Criterion, Blu-ray+DVD Combo) is the most recent of Criterion’s world classics mastered from 2K digital, this one a 2011 digital restoration by Svensk Filmindustri. And like the greatest restorations, this disc brings the best of film texture and digital clarity together for a stunning image. Persona is a film dominated by light and white, with stark figures against neutral backgrounds, warm sunlight, and the bright glare of a film projector, and those values are the kinds of things that get muddied in poor prints and digital masters. This disc looks like a 35mm fresh from the lab has been projected directly on my flatscreen.

Liv Ullman is revered stage actress Elisabeth Vogler, who is suddenly stricken speechless, and Bibi Andersson is the adoring young nurse Alma, who watches over her at a quiet seaside retreat, doing all the talking for both of them while she lays her soul bare to the actress. When Alma discovers the insensitive and condescending words about her in a letter Elisabeth has written, the roles of their relationship begins to shift and the intensity of feeling builds to point that, quite literally, stops the film dead. For a brief moment, Bergman reaches back to the origins of cinema, as if to recreate the artform in brief, abstracted images and rebuild the film around the two women.