French director Louis Letterier came out of the Luc Besson school of action filmmaking. He is probably best known in the U.S. for a pair of big-budget Hollywood action films, The Incredible Hulk (the second one with Edward Norton) and the Clash of the Titans remake, both of which went into production without a script and a deadline imposed by a firm release date. They made money but Letterier was not happy with either experience. 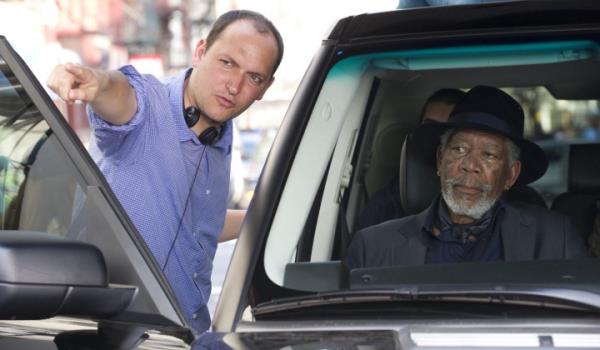 Now You See Me, a mix of magicians, con games, high-concept heists, and an elaborate revenge, made on a lower budget than the big studio superhero movies and action spectacles that opened around it, was a different experience. This was a project he helped shape before the cameras started rolling, and his engagement with the film recalls the energy and invention of his debut features, “Transporter” (which he took over from original director Cory Yuen, who retained credit on American prints) and “Unleashed.”

Now You See Me (Summit) arrives on Blu-ray and DVD, with an exclusive “Extended Edition” on Blu-ray with additional footage and alternate scenes, plus commentary and other supplements. We spent a few minutes talking about his career, the attraction of magic and magicians, the extended edition on disc, and as always, what he’s been watching… 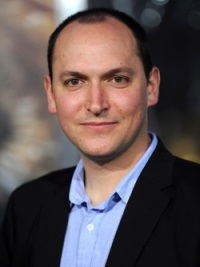 MSN: What are you watching?

Louis Letterier: Recently I saw a movie that I totally love that is called “Blackfish,” which is a documentary about killer whales. It’s unbelievable, it’s emotionally thrilling, it’s the best thriller of the year. I saw Edgar Wright’s “The World’s End” which was great. Edgar Wright is the most talented director in the world, so I loved that. I saw an amazing film that I hadn’t seen in a long time on home video called “With a Friend Like Harry…,” which is a French movie by a guy named Dominik Moll. It’s the greatest thriller in the world. It’s so intense and fantastic. And I’ve been watching a lot of “My Little Pony” with my four-year-old daughter. I know “My Little Pony” by heart. I’m a “brony” now, I’m a guy that likes little ponies.

My brother watches a lot of “Dora the Explorer” with his two-year-old son.

Oh, of course. [My daughter] doesn’t like the monkey, it sort of freaks her out. She likes the ponies.

I do everything. I do digital download and streaming just because it’s easier, and still buy three or four Blu-rays a year. I just love Blu-ray. I went to film school but I learned so much on filmmaking from, back then, laserdiscs. Obviously it had pristine image and the right format, but also the commentaries, the deleted scenes, the director’s cut, the EPK, all that stuff, seeing everything that you don’t get to see in the movie. You don’t get to see that on streaming and I think it’s important to get that material if you’re passionate about the movie that you’re watching. Even if you don’t want to be a filmmaker, I think you get to learn so much about the experience. And I think Blu-rays are excellent for that.

I love magic in the movies. When I was a kid, I loved the TV show The Magician with Bill Bixby as a professional stage magician who solved mysteries, and I love the idea of using stage magic and illusion to solve crimes or to stage a heist.

Or both. It’s funny you talk about The Magician. I had never seen the show but then I watched it after seeing The Incredible Hulk TV show with Bill Bixby, and someone said, Did you ever see The Magician? He’s got this crazy white car and he drives it in his jet. I was like, Huh, what? Wow! I watched it and it was so cool. And it’s funny, now that you say it, I put two and two together. I didn’t think about the connection until today. Yeah, I think magic is very powerful and I’ve always been in awe of magic, but I was always afraid of it, thinking it takes a genius to figure things out. And it does, yes, but sometimes the simplest tricks are the most effective so therefore they are the easiest to translate onto film. That’s the biggest challenge. Editing and visual effects breaks the direct relationship you have with magic and sleight of hand. So that’s how I approached it, very humbly, surrounding myself with the greatest magicians, asking their advice, testing it on camera, seeing if I edit to speed things up, to cut away to an audience reaction after the magician has put the rabbit inside the hat, does it work? No it doesn’t, because everyone knows that the rabbit, when you come back to the shot, has been pulled out or whatever and that’s why it’s not in the hat anymore. This was my process when conceiving the film in the beginning.

Continue reading at The Hitlist