Kirk Douglas becomes yet another star to learn he ought to stay in front of the camera. His directorial debut lacks style, wit, pace, visual distinction, common sense—lacks even naïveté, which might have proved at least modestly winning. Indeed, the picture serves up some very ugly doses of casual death-dealing by a motley crew of constantly guffawing pirates who, with peglegged Douglas in the lead, scramble around Alta California in pursuit of treasure and G-rated good times. The suburban audience I saw Scalawag with had come mostly for the second-run cofeature, Charlotte’s Web, to judge by remarks overheard, but they responded to Douglas’s shambling efforts with that programmed laughter they learn from canned tracks on TV. As a performer, Douglas has usually fared best as some kind of scoundrel (his best performance, Lonely Are the Brave, is a conspicuous exception), especially such early triumphs as the malevolent, latently homosexual gangster in Jacques Tourneur’s Out of the Past (1947) and the Machiavellian producer in Minnelli’s The Bad and the Beautiful (1952), as Howard Hawks observed in connection with The Big Sky (also ’52), when he tries to sell himself as a nice guy he is less than convincing. Scalawag asks us to delight in a nice scoundrel, but director Douglas leaves actor Douglas stranded.
END_OF_DOCUMENT_TOKEN_TO_BE_REPLACED 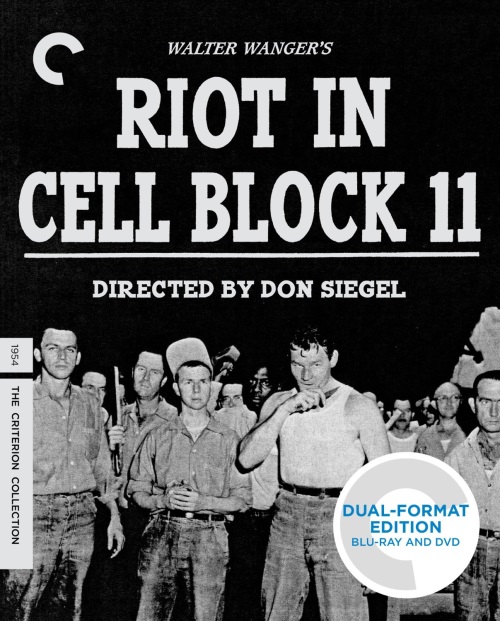 The first of three collaborations between Phil Karlson, a director who graduated from B-movies with a strong storytelling punch and a tough, two-fisted sensibility, and John Payne, a former light romantic lead and bland song-and-dance man of Fox musicals, was a career changer for both of them. Payne was already reinventing himself as a hard, taciturn lead in the westerns and action films when he connected up with Karlson and (according to the director) they came up with the story: “he and I loaded with a bottle of Scotch. We wrote the entire script and then we turned it over to a writer to put it in screenplay form.”

Kansas City Confidential opens on Preston Foster, a mystery man with a stopwatch and a checklist casing a bankfront, piecing together his plan and his crew, a real rogues gallery of desperate thugs all but blackmailed by this mystery man in a mask into filling out his strike force. The robbery is executed with clockwork timing and Karlson directs the scene with terse efficiency, snappy momentum and crack timing. It’s also where we get our first real look at delivery man Joe (Payne), the hard-luck working class guy flipped off by fate when the armored car heist uses his florist deliveries as cover and leaves him to take the fall: a patsy to give them camouflage and the cops a distraction as they make their getaway. He’s a decorated soldier and survivor, a war hero who took the hard knocks that came his way and rolled with the punches, but is almost knocked down for the count with this sucker punch. His name is smeared in the press and his livelihood stolen by suspicion, but he’s resourceful, resilient and unflinching when it comes to taking the hit. He follows his only lead out of the states and into a sleepy little Mexican vacation spot where a payoff already complicated by double-dealing and double crosses gets a new player.

The hoods in this film are a triumvirate of essential B-movie thugs with attitude and an edge of psychosis: a beady-eyed Neville Brand, a smiling cobra of a Lee Van Cleef and a skinny, sweaty Jack Elam, who later played his cock-eyed looks for shaggy humor but here works his gargoyle face for underworld shiftiness. They give the film a shot of raw menace, a trio of thugs who are quick with a gun and slow to trust anyone and would just as soon solve a problem with a bullet. Foster, never the most dynamic of screen professionals, doesn’t exactly radiate authority as a criminal mastermind but part of the film’s fun is the play of false identities and double lives and Foster’s ex-cop with a grudge is all about appearing innocent while pulling the strings behind the scenes. His revenge on his forced retirement is a doozy that, if all goes to plan, will leave both rich and a hero.