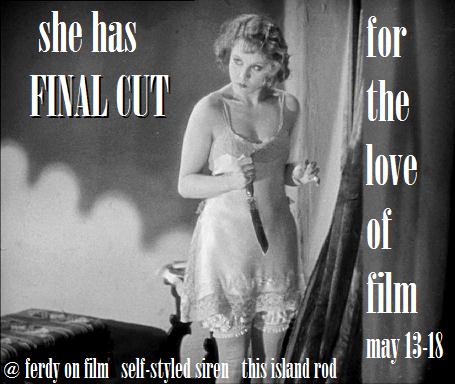 To my mind, there is no story restoration story as glorious as that of Kevin Brownlow’s personal mission to reconstruct the glories of Abel Gance’s Napoleon, a masterpiece on a scale almost without comparison. He began the project as a teenager, after he sampled a taste of its grandeur in a digest version prepared for 9.5mm home movie projectors, and sixty years later it’s hard to say if he’s done.

I wrote briefly about his odyssey for Parallax View here, but for the full story, you can’t do better than his 1983 book “Napoleon: Abel Gance’s Classic Film” (out of print but still fairly easy to find; his updated 2008 edition is much more elusive), which both an illuminating memoir of film history and an often critical look at the sometimes competitive and self-defensive culture of cinematheques and film preservation in the 1950s and 1960s.

The definitive version we have today was completed in 2000. It has played only handful of times since then, due to a number of factors, not the least being the expense and technical demands of mounting a screening. According to Brownlow, it screened only four times before its American premiere in Oakland, where four shows played to rapt audiences over two weekends in March and April of 2012. That’s only eight showings of a film that has been called by some the greatest silent film every made. Whether or not you agree with that claim, the screenings I attended (I’ve seen three of the eight screenings) were an experience like no other: magnificent presentation, painstakingly exacting projection, live orchestra booming a dramatic score compiled, arranged, and conducted by Carl Davis.

Sunrise may the most perfect and poetic of silent films, or you might nominate The Docks of New York or The General or even Gance’s own La Roue as greater, richer, more profound films, but Napoleon has a scope and a sprawl and an ambition that is unmatched. The density of Gance’s ideas, the frisson of his images and experiments in cinematic expression, and the complicated perspectives on the legacy of Napoleon have a weight that is undeniable. And watching the full 5 ½ Napoleon with a live orchestra in a magnificent theater elevates the film to a cinematic experience without parallel, and that experience electrifies the storytelling and imagery.

END_OF_DOCUMENT_TOKEN_TO_BE_REPLACED

If all you know of Abel Gance’s 1927 masterpiece Napoleon is the version presented by Francis Ford Coppola in the U.S. in 1983 (and subsequently released on VHS tape and laserdisc), you ain’t heard nothin’ yet.

Coppola invited his father, Carmine Coppola, to compose an original score for the American release, which was cut down so the presentations with live orchestral accompaniment would be under four hours. Completeness aside, that score pales next to the muscular score that Carl Davis compiled and conducted for Kevin Brownlow’s full restoration. That score has only been heard in live presentations in Europe.

Carl Davis, a longtime composer for TV and film, was brought to silent movies by Brownlow when he commissioned Davis to score his epic 13-part documentary series Hollywood: A Celebration of the American Silent Film, and was so impressed with the expressiveness of his music accompanying the clips that he invited him to score a complete silent feature. When he began presenting restored silent films in British television, Brownlow turned to Davis to provide the scores. In his book “Napoleon: Abel Gance’s Silent Film,” Brownlow wrote: “I had been startled when King Vidor told us, in an interview, ‘Probably 50 per cent of the emotion came from the music.’ After listening to Carl Davis’s music and watching its effect with the films, I realized what he meant.”

The American premiere of Kevin Brownlow’s complete restoration in Oakland on Saturday, March 24, 2012, also marks the premiere of the Davis score, which draws upon music composed during the period of Napoleon’s influence (“I gave myself the date 1810 as a boundary beyond which I would not draw on any music”) with special attention to Beethoven, who (according to Davis) initially dedicated the “Eroica” Symphony to Napoleon.

Davis discusses the score in the two video clips below.

Tickets, screening information and other event details can be found at the San Francisco Silent Film Festival website.

END_OF_DOCUMENT_TOKEN_TO_BE_REPLACED

On Sunday, October 20, 2001, on the final day of the 20th Le Giornate del Cinema Muto (the greatest, grandest silent film festival in the known universe), I boarded a vintage steam engine with a few hundred other silent movie-loving patrons, traveled from Sacile to Udine, filed into the Udine Opera House, took my nearly-front row seat (the Camerata Labacensis, Ljubljana, a 35-or-so-piece orchestra, was practically under my feet) and was, for the next 5 ½ hours (divided up by two intermissions and a dinner break), entranced by Kevin Brownlow’s 2000 restoration of Able Gance’s Napoleon. It was the most transporting, invigorating, exiting cinematic experience of my life to date. Mr. Brownlow did not lie when he stepped on to the stage and made his introduction: “If all you’ve seen is the cut American version, you ain’t seen nothin’ yet.”

His introduction ironically but endearingly twists the words that heralded the sound film era and sounded the death knell of silent cinema. When the movies first learned to talk, the camera became a slave to the primitive sound technology. Abel Gance’s Napoleon premiered in 1927, the year of The Jazz Singer, and is as fluid and adventuresome and cinematically thrilling as The Jazz Singer and hackneyed and mawkish and, in its sound scenes, static and stiff. The future was sound but Napoleon, the most expensive film made in France to that time, remains the glorious lifeblood of cinema. Like Birth Of A Nation before it and Citizen Kane to come, Napoleon uses practically every technique developed at the time of its production, refining and in some cases redefining them in the process, and creating a visionary work of film.

On Saturday, March 24, 2012, Kevin Brownlow’s full restoration of Able Gance’s Napoleon makes its long-awaited American premiere in Oakland at the Paramount Theatre, presented by Brownlow and accompanied by a full orchestra under the baton of Carl Davis, who conducts his score. There are only four shows of this all-day event: March 24, 25, 31, and April 1, and there are no further American screenings planned. If you love the cinema and have any opportunity to see one of these shows, by all means make every effort to do so. Yes, it is an event. It is also a transporting cinematic experience like no other.