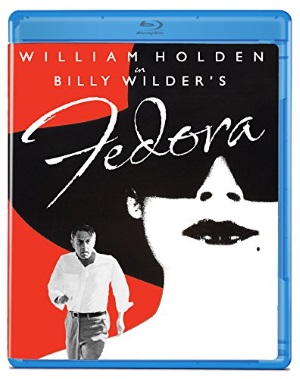 END_OF_DOCUMENT_TOKEN_TO_BE_REPLACED

The first splotch of color in Claude Lelouch’s And Now My Love occurs somewhere around the end of World War Two. It is not simply a matter of suddenly switching to color stock and letting the cameras roll; instead, the scene is calculated as an eye-catching gesture that begins by looking at a military parade out in a street and then pulling back into a room where two of the characters are making love—a room with a remarkably blue wall and some very conscious lighting effects that nudge us towards an awareness of the scene’s stylized appearance. It’s perhaps the most subtle instance of life and movie intermingling in the film, and it’s so nice because it uses the medium of filmmaking to illustrate the transparent regions of style and artificiality wherein movies must become about themselves as well as about the various and sundry people and events that go to make up the story we’re watching. As for the more explicitly self-inspecting aspects of movies-in-movies, and of And Now My Love—well, cameras staring at cameras seem to hold some fascination for even the most casually infected cinemagoer.

END_OF_DOCUMENT_TOKEN_TO_BE_REPLACED

Sydney Pollack has carted the same thematic luggage down the road so consistently that running a standard, connect-the-dots literary tracer through his feature works is relatively easy. Pollack has concerned himself not so much with issues of death as with things that are dead, or so close to death that there is no appreciable difference. His films imply that rigor mortis set in long before the scenario began, and will spread after the last reel. To his credit, the repackaging of the principal components of this tragic vision has always been fresh. We’ve had the opportunity to see Pollack’s marked men and women slowly die while slavishly and knowingly dressing up the cancer of a metaphorical promise (They Shoot Horses, Don’t They?), through the ultimate victimization of human relationships by virtue of living in vulgar, extremist times (The Way We Were) or by a contagion of paranoiac losses (Three Days of the Condor).

Pollack’s thematic constancy has not been matched by aesthetic constancy, however. They Shoot Horses is marred by an imbalance of subjective shots and the infamous cuts to Michael Sarrazin under arrest and on trial; but the film’s imagistic cohesion and integration are highly personal and architecturally sound. And Pollack’s exquisite montage of Sarrazin straining to catch a fleeting leak of sunlight while dancing in the sealed ballroom suggested a primitive urgency on the new feature director’s part straining against the classical/polemical loftiness of the project.