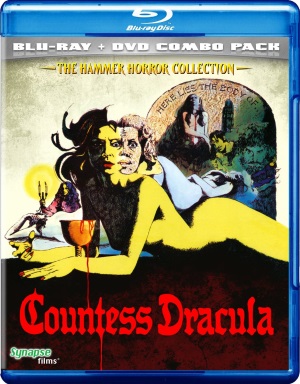 It’s fairly hard, and also somewhat presumptuous and pointless, to try and get a fix on the directing career of the prolific writer Michael Crichton after only three films. Westworld would seem as different from Coma as Coma is from The Great Train Robbery (called The First Great Train Robbery in Britain, where it was made), which is a jolly period caper romp set in 1855. If all three films can be boiled down to a common core, it’s simply that Crichton believes people are better than machines, and have to be, because if they’re not, then machines are what they will themselves become.

END_OF_DOCUMENT_TOKEN_TO_BE_REPLACED

A gas burner fills a huge balloon with hot air, sending it adrift above a palatial estate, whose lawn mills with partying rich folk: a suitable image to begin Rough Cut, a lightweight entertainment that insists on consorting with only the richest tastes. Don Siegel is poaching on Blake Edwards territory here, and we donâ€™t need Burt Reynolds imitating Cary Grant, or David Niven imitating himself, to remind us that the line that links To Catch a Thief with Rough Cut cuts straight through The Pink Panther. Counterpointing the Big Caperâ€”which really doesnâ€™t get underway until past midfilmâ€”is the burgeoning love of Reynoldsâ€™s Jack Rhodes (even the name implies a kinship with Hitchcockâ€”Grantâ€™s John Robie) for rich kleptomaniac Gillian Bromley (Lesley-Anne Down). The film is at pains to make her as icy and unpredictable as her Grace Kelly/Claudia Cardinale counterparts, but the effort is strained by a script bankrupt for new ideas. Gillian says, â€œI steal things … because itâ€™s exciting and dangerous,â€ and Jack proceeds to assure her that itâ€™s â€œto fill a void in your life.â€ They donâ€™t imply that sheâ€™s sexually unfulfilled, they just say so; and the sex motif is carried through with a string of double entendres that are hopelessly lame, not because they arenâ€™t appropriate to the characters and the situation, but simply because they are so old and unfunny. A line like â€œI have to go now, something just came up” no longer draws snickers or even hohums, but dumbfound amazement that someone would still think it clever. The plot itself so slavishly follows genre formula that the â€œsurpriseâ€ ending is tipped off well in advance, even though its justification is confined to a single comment on the part of … well, the operative character.