Herman Melville’s novel Pierre, or the Ambiguities, was widely reviled when it was published, just as Leos Carax’s film of Pierre has been generally maligned. Melville’s book came along in the wide wake of a little thing called Moby-Dick, and even if it had not, it’s a very strange novel—seemingly a put-on of a certain kind of fruity romantic tale, but stretched past the point of parody. It’s weird, but interesting-weird.

END_OF_DOCUMENT_TOKEN_TO_BE_REPLACED 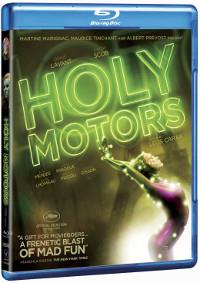 END_OF_DOCUMENT_TOKEN_TO_BE_REPLACED

Vancouver isn’t the critical/awards bellwether that Toronto or Venice or New York or even Telluride can claim to be, but this year its international line-up offers an interesting contrast in temperaments.

On the one hand, there is the cinema of issues and big statements carried by a dour seriousness and emotional heaviness (one might say manipulation), defined in particular by Thomas Vinterberg’s The Hunt (Denmark/Sweden) and Michael Haneke’s Amour (France/Germany/Austria). On the other is the serious engagement of cinematic creativity and narrative mystery and surprise in Leos Carax’s Holy Motors (France/Germany) and Raul Ruiz’s Night Across the Street (Chile/France). Here the themes are not hammered into the skulls and skin of the audience but juggled through celebrations of joyous filmmaking and deft play with the possibilities of the medium.

Vinterberg’s The Hunt, a study in rumor and fear fueling self-righteous hysteria, and Haneke’s Amour, an unflinching, almost clinic portrait in the physical deterioration and emotional fallout of old age and debilitating illness), frame their subjects with a mix of objectivity and compassion, and then stack the decks to set out protagonists in opposition to the world. It’s not enough that they face such dire predicaments, but their allies all turn against them. In The Hunt, best friends turns their backs on Mads Mikkelsen, and in Amour, the daughter of the ailing old Emmanuelle Riva repeats clichés instead of educating herself on her condition or offering substantive help in caring for her.