“Clocking in at almost twenty minutes, this sequence unfolds within the confines of the inn, showcasing what the director can accomplish in such a stage-bound setting. Without sacrificing precision, Hu switches up his approach, alternating between stretches of languor and frantic motion, between long shots that map out zones of brewing tension and close-ups that relay the information being exchanged in the characters’ gazes. But it is Shih, with his spooky saucer eyes, who gives the section its steady pulse. His inner stillness is a blank slate onto which any mood can be projected, allowing a scene to pivot nimbly between levity and dread. Playing a character on whom nothing is lost, he’s the on-screen embodiment of what Hu sets out to create with the nuts and bolts of his film grammar: a heightened watchfulness operating underneath a tightly controlled surface.” Andrew Chan offers an introduction to the rigorous, restrained King Hu masterpiece Dragon Inn.

At Cinema Scope, a pair of looks back to interesting oddities and the times that made them. Kelly Dong recounts the bizarre intertwining of sex and death—and the incessant censorship troubles that followed—in the ‘70s collaborations of director Kim Ki-young and actress Lee Hwa-si. (“Like the women in the Housemaid trilogy, Lee’s characters are consumed by the contradictory urges to destroy men and to attain security by becoming their wives or lovers. But while those earlier films (each of which concludes with the housemaid’s murder-suicide) suggest that women’s inability to reconcile these paradoxical impulses accelerates their self-destruction as a social class, Lee’s characters constitute a rebuttal: here, opacity becomes a tool for women’s survival.”) And Adam Nayman remembers the marvelous thriller The Silent Partner—along with the Canadian tax laws that both enabled its making and seem to be mocked by the skim-from-the-robber scheme of the film’s protagonist. (“The Silent Partner makes less of an overt fuss about its setting  [than contemporary Toronto thriller The Kidnapping of the President], but nevertheless gets at something truer and more ominous about Toronto circa the late ’70s— specifically, the covetous late-capitalist mentality building up in the skyscraping shadow of the CN Tower. “Money, money, money…stacks of bills…handfuls of coins.” So reads the first line of Hanson’s screenplay, which craftily adapts Anders Bodelsen’s novel about a bank robbery that ends up resulting in two simultaneous heists, one deftly obscured by the other.”)

END_OF_DOCUMENT_TOKEN_TO_BE_REPLACED 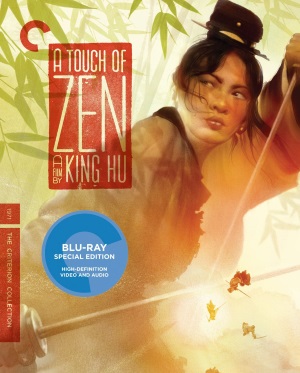