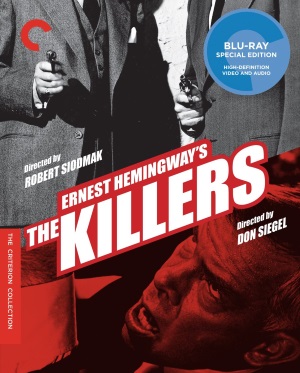 END_OF_DOCUMENT_TOKEN_TO_BE_REPLACED

John Cassavetes was doing his Orson Welles thing—by that I mean acting in whatever movie paid well so he could finance his own, personal productions—when he took the lead in an Italian mob picture/heist movie hybrid shot in large part on location in San Francisco, Los Angeles and Las Vegas. His presence is defining, or perhaps redefining, in the film. Strolling out of prison with not so much a swagger as a comfortable amble, giving his farewells to inmates and guards alike and bantering with an estranged, slickly outfitted son who arranged for his early release, we immediately face a singularly independent operator about to bump up against the conformity and command of the syndicate.

Cassavetes is Hank McCain, an old-school criminal in the new order, sprung specifically to rob a Vegas casino that West Coast mob honcho Charlie Adamo (Peter Falk) is trying to muscle his way into, but McCain is not really a team player. Which really complicates things when Adamo gets called on the carpet by the New York godfathers. It’s not just that Vegas is out of Adamo’s territory. The casino that he’s putting the squeeze on is secretly owned by the East Coast mob. When Adamo tries to call it off in typical mob fashion (by putting a hit out on McCain), it just makes the lone wolf McCain determined to go it alone.

END_OF_DOCUMENT_TOKEN_TO_BE_REPLACED

Scrapers of cinematic barrel bottoms, stand advised: John Hough has laid incontestable claim to his long-sought title, the new James Goldstone. This department confesses to having been remiss in not calling your attention to the first change in the wind, the old James Goldstone’s 1977 realization of Rollercoaster, a Sensurround disaster pic so inoffensive, even moderately competent in execution, that it alienated the taken-for-granted audience for such fare and failed at the box office. At this time we can only conjecture whether Goldstone’s unanticipated lurch toward respectability will continue unchecked or prove an aberration in an otherwise execrable track record. Meanwhile Hough, the most flagrantly conscienceless hack to appear in the past decade (Sudden Terror, Treasure Island and above all the loathsome Dirty Mary Crazy Larry), has seized the day.