In this remake, Richard Roundtree, the original John Shaft, graciously passes the torch to Samuel L. Jackson. The new film’s director, John Singleton, gives Roundtree some major respect, including a scene where Roundtree exits a Harlem bar with two foxy ladies on his arms. Right on: after all these years, still a sex machine to the chicks. (That’s Gordon Parks, the distinguished American artist and director of the first Shaft, in a cameo at the same bar.)

END_OF_DOCUMENT_TOKEN_TO_BE_REPLACED 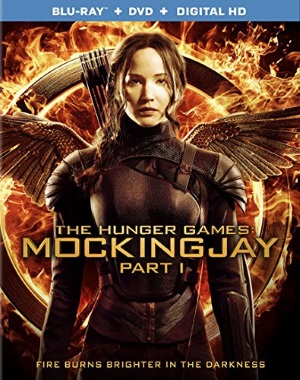 The Hunger Games: Mockingjay Part I (Lionsgate, Blu-ray, DVD, VOD), the number one box office hit of 2014, follows the lead of the Harry Potter and Twilight series by splitting the final book into two film installments, making this the third of four films. For anyone who has read the books that might seem like quite a stretch, drawing out the first half of an already short novel to feature film length while including enough drama to entice viewers to return for the finale. Maybe my expectations were duly lowered but director Francis Lawrence, who took over the series from filmmaker Gary Ross and raised the bar, and screenwriters Peter Craig and Danny Strong turn out a surprisingly engaging film about rebellion, propaganda, media, and the emotional and psychological scars of war, all seen from the point of view of a young woman (Jennifer Lawrence) who becomes a symbol of resistance simply by surviving with courage, dignity, and compassion.

By this time in the saga, Katniss (Lawrence) has been rescued from the Games and the totalitarian “President” Snow (Donald Sutherland) by the rebellion, which is building its forces in underground bunkers beneath District 13, which everyone thought was bombed to cinders decades ago. Peeta (Josh Hutcherson), however, did not escape and Snow and his propaganda team is using him in a propaganda campaign designed to attack the image of Katniss as the symbol of resistance. Julianne Moore joins the series as President Alma Coin, leader of the revolution and a savvy military mind who doesn’t quite understand the power of Katniss for the hearts and minds of Panem. She’s committed but also cagey and cold as a commander, wary about her own authority as Katniss becomes the face of the revolution in a series of pointed propaganda pieces that, curiously enough, work due to the earnest, guileless authenticity of Katniss in the face of the Capitol’s cruelty. Philip Seymour Hoffman (who died before production was completed on the film) and Jeffrey Wright provide the brain trust behind Snow’s leadership and their scenes help give the film added gravity.