“You are to stay within Snohomish County,” the man says sternly. These words—not often uttered in the cinema—are spoken by a parole officer to a newly released ex-con in Outside In.

They are also taken to heart by the film’s director, Lynn Shelton, who creates a beguiling mood piece by staying close to her local roots. This film is especially evocative in its sense of place: There’s an unmistakable familiarity in the way the camera sees the evergreen-lined byroads east of Everett and the homey storefronts of Granite Falls. I spotted the little smear of green mold that develops around car windows when they haven’t been cared for during a Northwest winter (something I might possibly have some experience with). Outside In is about feeling like an outsider on your own home turf, but it’s been made with a native’s view of the landscape.

Jenny Slate’s opening monologue in Obvious Child is the kind of thing that weeds out the uptight among us. Its indecorous references to bodily emissions and the gunky realities of sex are meant to set up her character as a truth-telling stand-up comic, but also serve notice that the movie itself will take no prisoners when engaging taboos and uncomfortable subjects. Fair enough, as Obvious Child is a romantic comedy about abortion. But I also suspect that Obvious Child wants to keep pace with the tone of 21st-century comedy, an explicit style (usually R-rated, as in pictures like Neighbors and Baywatch) that puts sex and scatology at the crude center of the joke. It’s the comedy of poop and genitalia, the sort of thing that would send Wes Anderson to his fainting couch.

Slate and Obvious Child writer/director Gillian Robespierre have reunited for Landline, and while it’s a much less adventurous film than their first collaboration, the urge to be smutty is still in place. 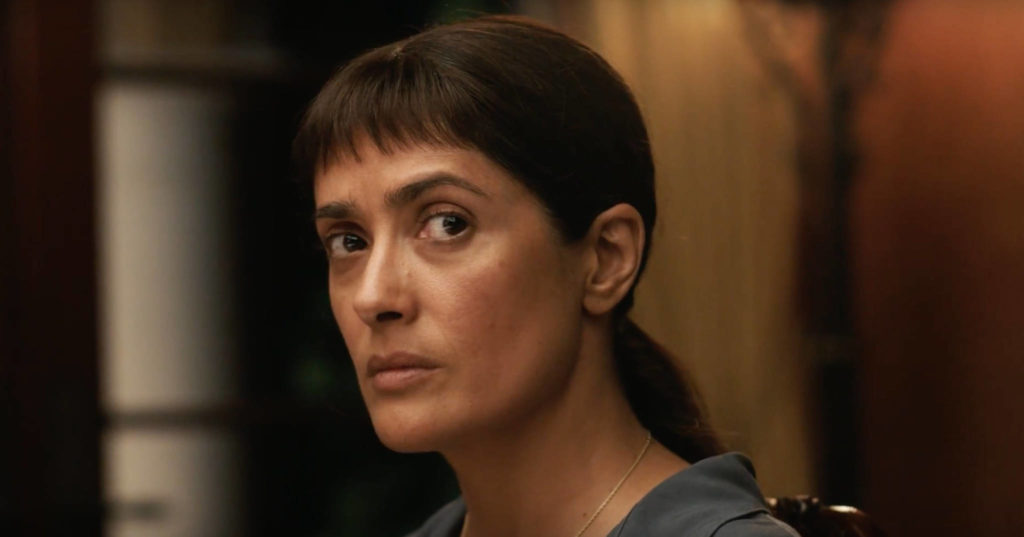 In Beatriz at Dinner, Salma Hayek’s face is cleansed of glamour. But even more noticeable is the expression she wears: empathetic yet often empty, as though a life of being around affluent people had trained her character to wear a mask of watchful neutrality. This is apt, because she plays Beatriz, a Mexican immigrant who works as a holistic healer in Hollywood—her clients are the very rich, albeit the kind who believe in mind-body interventions and shamanism. Beatriz’s poker face is all the more impressive because her brand of medicine requires her to take on the pain of her patients, rendering her something like an old-fashioned saint.