“Fifteen million dollars is not money,” says a grizzled veteran of the criminal life. “It’s a motive with a universal adapter on it.”

The tang of that dialogue signals the return of Christopher McQuarrie, whose screenplay for The Usual Suspects created the cult of Keyser Soze and won the unknown writer an Oscar. McQuarrie makes his directing debut with The Way of the Gun, another investigation of the criminal code. Though not destined to be as beloved as The Usual Suspects, this brutal, wickedly funny film is every bit as accomplished a piece of work.

END_OF_DOCUMENT_TOKEN_TO_BE_REPLACED

Francis Ford Coppola’s 1969 movie The Rain People is generally referred to as one of the director’s “personal” films, by which is presumably meant (1) that the story was Coppola’s own and (2) that he didn’t have nearly the bucks which Paramount Pictures supplied for likely moneymaking projects such as The Godfather. In light of this, it is not surprising that The Rain People is a quiet, modestly conceived film revolving around a minimum of characters whose problems are pretty much everybody’s problems. Alienation and lack of communication are key themes, and The Rain People, if less socially relevant than The Conversation, seems to be a psychologically more credible examination of the things that tend to keep people apart.

END_OF_DOCUMENT_TOKEN_TO_BE_REPLACED

The Gambler is a curiously cerebral film in which the play of ideas (particularly literary assessments of the American experience) is transferred from the incestuous séance of the academic seminar to green baize gambling tables. There, those ideas are raised, not as ghosts, but as the highest stakes a man can wager. In California Split Robert Altman used gambling as an excuse for getting at the marginalia, the milieu, rather than as a metaphysical metaphor. Director Karel Reisz and screenwriter James Toback (a professor of English) are clearly after bigger fish—say, about the size of Moby Dick. For like Ahab, Reisz’s gambler bets on himself, his own power or will, to make some impression, to impose some meaning on … what? Perhaps that which resists will: fate or chance, the existential territory that refuses to be enfeoffed by the central “I-am.”

END_OF_DOCUMENT_TOKEN_TO_BE_REPLACED

James Caan has graduated from the half-wit college boy of Coppola’s The Rain People right into a professorship at NYCC in his latest picture, Karel Reisz’ heavyhanded non-exploration into the befuddled and befuddling id of a compulsive gambler which ultimately becomes knotted up in its own tangle of 19th century existentialism and carelessly applied Nietzschean superman metaphysics. Somehow I was more convinced by Caan’s gentle inarticulateness in Coppola’s movie than I was by the cutely masochistic cool he sardonically exudes in The Gambler, and although he’s still impaling women against walls (shades of The Godfather) and strutting about with the typical Caan machismo which fails to be tempered by his role as a teacher in Reisz’s film, the character of Axei Freed lacks some of the gritty credibility which Caan was able to give to the role of gangster Sonny Corleone. Which may not be so much Caan’s fault as that of Reisz and screenwriter Toback who, instead of trying to develop their character from the bottom up, begin in some metaphysical realm far above his head and pigeonhole his personality in a framework of neatly defined psychological concepts, with the result that Caan’s character reads like a textbook case rather than reminds us of a man.

END_OF_DOCUMENT_TOKEN_TO_BE_REPLACED 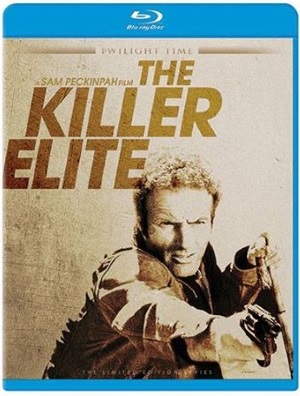 In the final shot of A Bridge Too Far, a Dutch widow, accompanied by a doctor, her children, and a cart loaded with a few precious possessions, moves slowly across the entire width of the Scope screen, leaving behind her home in Arnhem, ravaged by the worst pocket of the ill-fated Allied sortie into Holland in fall of 1944. One of the woman’s children has fallen behind the group and is playing at soldier, a stick held at shoulder arms. It’s a shot that contrasts sharply with the final shot of Attenborough’s first directorial effort, Oh! What a Lovely War: from a family tending a single grave, the camera cranes back and up, slowly but relentlessly, revealing row upon row upon row of identical white crosses, stretching incredibly away as far as the eye can see. That shot had power without subtlety; the finish of Attenborough’s newest film is subtler but powerless. Both end-shots are representative of the token manner in which Attenborough has come to handle the problem of war.

END_OF_DOCUMENT_TOKEN_TO_BE_REPLACED

Sam Peckinpah’s newest film opens with a whirling drill bit boring through a wall. But, whether by design or accident, The Killer Elite is not the study of espionage screwings and counter-screwings it might have been. In fact, for all its action, it is essentially a talk film. Everybody talks at for-hire protection agent Mike Locken, though he’s almost never interested. His killer-corporation boss, visiting him in the hospital after Locken has been wounded, reflects on the irony of his own situation: “My father was a minister. That’s what he wanted me to be.” To this embarrassingly inappropriate reverie Locken retorts, “Who the hell cares?” winning the applause of the viewer impatient with Strange Interludes. “Heroism is Out,” another character reminds him; but Locken curiously doesn’t sense the sterility in a new age when murder is no longer the passionate response of an individual but the paid service of a corporation.

END_OF_DOCUMENT_TOKEN_TO_BE_REPLACED

The title of Alan J Pakula’s latest film echoes the old stock melodrama line “Along comes Jones” and that’s no accident. Here we have a tough-but-tender cowgirl working her dead father’s ranch with only a lovable grizzled old coot for a ranchhand; a somber villain moving through his dark house like Dracula in his castle, hatching designs on the heroine’s land as well as her body; a land-grabbing industrialist conspiring with the local banker to turn rangeland into oil wells; a tall, quiet wrangler winning the girl’s heart and saving her land to boot; singing cowboys, fireside heart-to-hearts, a crisis with hero and heroine trapped by villain in a burning building, a climactic shootout, and boy-gets-girl. From the tentative cynicism of The Parallax View and All the President’s Men, Pakula hasreturned with a vengeance to the romantic melodrama of his earlier films, all characterized by essentially corny ideas handled in an utterly uncorny manner. Kluteand Comes a Horsemanare but two special cases of the same basic plot overlay: tough professional man saves woman from villainy and from herself, winning her heart in the process. And The Sterile Cuckoo, Love and Pain and the Whole Damn Thing, Klute, andComes a Horsemanmay all be seen as variations on the theme of simple, direct man dealing with complex, independent woman.