The original Godzilla (1954), especially the original Japanese release, is more than a mutant monster movie of the atomic-scare fifties. It is a stark disaster thriller that evokes the terrors of the bombings of Hiroshima and Nagasaki and the lingering poison of the nuclear radiation. The two destructive forces come together in a screaming atomic lizard, a dinosaur roused from dormancy by the lingering radiation and set loose for a new nuclear holocaust, and the black and white photography lends an atmosphere of dark and doom.

The sequels are a different story. The films went color. The special effects of cities stomped to rubble by a radioactive dinosaur became a kind of giddy entertainment instead of a nightmarish metaphor. And as far as the movies were concerned, Godzilla was no longer a post-nuclear plague unleashed upon Japan let alone a villain. He was a character in its own right and the stories that followed his 1954 debut mutated (so to speak) into monster smackdowns that allowed audiences to root for his victory against a new menace to civilization without any sense of irony. While not exactly a friend of mankind, he turned into a protector of Earth when it is threatened by other monsters and, later, alien invaders. This was Godzilla’s turf and no one was muscling in.

Godzilla—the lizard king of the post-nuclear age—turns sixty this year. To celebrate, Hollywood is launching a second attempt to revive the Japanese kaiju (giant monster) franchise as an American spectacle.

Godzilla 2014 marks the thirtieth original Godzilla film but only the second American production (not counting the reworked American editions of the original Godzilla and Godzilla 1985: the Legend Is Reborn). Director by Gareth Edwards (whose only previous feature, Monsters, was an inventive take on the kaiju genre on a budget) exports the Big G from Japan to San Francisco by way of Honolulu and pays tribute to the franchise with a CGI creation that nonetheless recreates the ferocious majesty of the Japanese original and even embraces the monster smackdown formula of the classic series. It’s an American reworking of the Japanese conventions. But is it really Godzilla? Because stateside comic books and the odd animated series aside, Godzilla is a Japanese phenomenon. We Americans are simply bystanders to the artful artifice of its crazy glory.

The U.S. had its own nuclear-spawn giant creatures in the atomic scare of the 1950s—Them!, Tarantula, and of course the proto-zilla of The Beast From 20,000 Fathoms—but Godzilla was very specifically born in the wake of Hiroshima and America’s nuclear tests in the Pacific, events that resonated deeply with a culture still dealing with the devastation of the war. That original devil-monster incarnation transformed over time from enemy of humanity to Earth’s protector and back again, and his story was rebooted twice in revivals that kept Godzilla and friends returning for monster mashes through Japan’s major cities until his Final Wars in 2004. Through them all, Godzilla was brought to life by a stuntman in a suit stomping through miniature cities and landscapes while an overcranked camera filmed it at high speed to give a dreamy, slightly-slow motion look and a sense of mass and size to the monster battles. The process is affectionately known as suitmation. 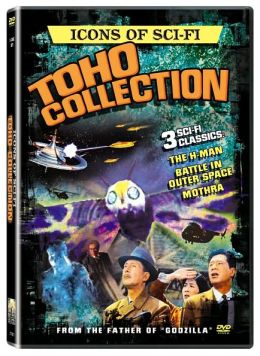