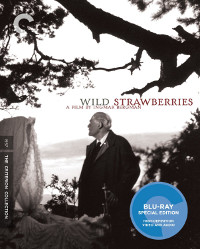 How, one wonders, did the three directors of this odd seriocomic romance-tragedy divide up the responsibilities? Did Josephson direct Thulin’s solo scenes and Thulin Josephson’s, with Nykvist handling all the scenes they’re in together (the majority)? Or was it a case of everyone mucking in, the two stars handling the histrionics and the cameraman running the technicalities? Whatever the truth, it’s a film without an auteur, though there’s lots of “authorship” on display; and it spoils the movie. Parts of it are terribly moving, and most of it is true enough to the awkward corners of most of our lives to make the film’s quality of unease all-pervading. But, damnably, it fails narrowly just where it’s absolutely vital that it should succeed – with the result that the ending, which should be heartbreaking, gives one a sense, admittedly a guilty sense, of relief.