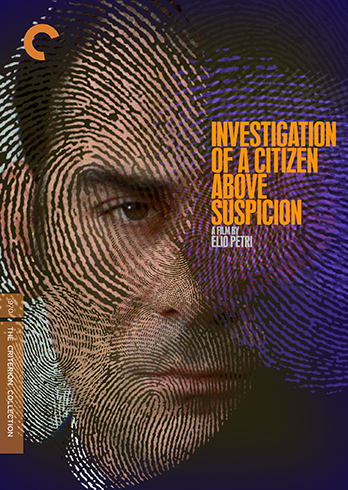 Investigation of a Citizen Above Suspicion (Criterion, Blu-ray+DVD Combo), Elio Petri’s blackly comic satire of politics and power in late-1060s Italy, opens with a charismatic chief of detectives (Gian Maria Volonté) murdering his mistress (Florinda Bolkan) on the day of his promotion to the political division and mucking about with the crime scene as if staging a puzzle for his successor. It’s a perverse game of power by a bored and corrupted politico who brazenly leaves clues to his own guilt at the scene as if daring the department to arrest him, and his disappointment in their response is less a matter of moral judgment than unhinged obsession. But then this whole culture is unhinged in Petri’s view, one enormous political construct designed to protect itself from all challenges (“Repression is civilization!” he shouts to a responsive crowd of government officials and gatekeepers). Petri was no stranger to social satire, but where the satire of his pre-Survivor reality game death hunt film The Tenth Victim veers toward parody and shares a winking complicity with the audience, this Investigation is more Kafka-esque in its grotesque portrait of a Fascistic culture. Subtle it isn’t, though Volonté is magnificent, a mix of hearty decadence, corrupted boredom and wily game-playing. It won the Academy Award for Best Foreign Film.

Never before on disc in the U.S., Criterion presents a new 4K digital restoration partially funded by the Film Foundation and mastered with supervision by Grover Crisp. The American disc debut features two DVDs and one Blu-ray and each format includes the film and all the supplements, including two documentaries: the feature-length 2005 Elio Petri: Notes About a Filmmaker (on the life and career of the director) and the 50-minute Investigation of a Citizen Named Volonté (on actor Gian Maria Volonté). Also includes an archival interview with Petri from 1970, a 2010 interview with composer Ennio Morricone, and a new interview with film scholar Camilla Zamboni, plus trailers and a booklet with essays and notes. 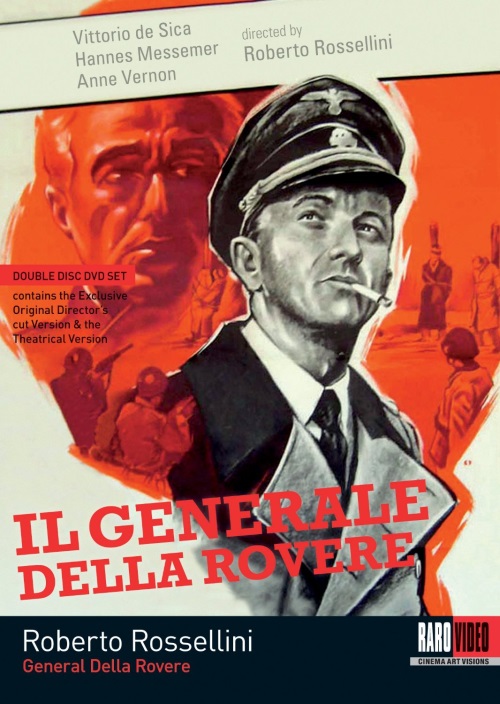 Il Generale della Rovere (Raro, Blu-ray, DVD), previously released as a Criterion DVD, gets a new edition and a Blu-ray debut from Raro, which specializes Italian classics and genre rediscoveries. This 1959 drama, one of Roberto Rossellini’s last commercially-targeted pictures, is inspired by a true story and it won the Golden Lion at the Venice Film Festival. Vittoria De Sica stars as an Italian con man in World War II who profited in the margin between desperate Italian families and the German Gestapo who essentially policed the country. It’s a richly drawn drama of an opportunist whose conscience is reignited and De Sica’s performance is a model of understatement and ambiguity. The new edition, mastered from the 35mm negative, offers both the theatrical cut and a longer director’s cut, mastered with more clarity than the earlier Criterion edition (the added scenes are of noticeably lower clarity) and presented in a windowboxed 1.37:1 aspect ratio that presents the entire negative image but has caused some controversy (the film was released in a tradtional 1.66:1 ratio). Both Blu-ray and DVD feature a video essay by film critic Adriano Aprà and video interviews with Renzo Rossellini Jr. (mostly repeating clips from the video essay), Aprà and Aldo Strappini, who oversaw the digital transfer and restoration.