Although it tells a mildly fantastical tale of ghosts and a magical mansion, When Marnie Was There is best at capturing authentic childhood experience. Even the sound is right. Maybe it stands out because we’re watching an animated movie, but the ambient noise is uncannily good. When the heroine arrives at her new home for the summer, every creaky floorboard and tinkling wind-chime gives a feeling of “Yes, that’s exactly how that sounds.” Those things are felt more keenly when experienced in a new place, which is the situation for Anna. She’s been sent to the seaside by her frustrated adoptive mother, who suspects a change of scenery would benefit the shy girl. Anna stays with a kindly older couple, but her imagination is captured by the moody house across a tidal flat, where ethereal blonde Marnie offers friendship. (SIFF will screen both the original Japanese-language version, with subtitles, and the dubbed version, with Hailee Steinfeld as Anna and Kieran Shipka as Marnie.) 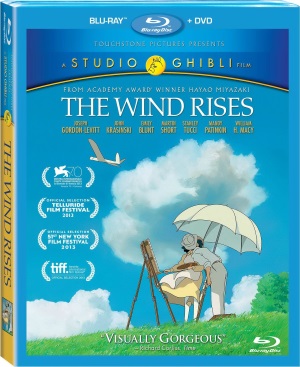 END_OF_DOCUMENT_TOKEN_TO_BE_REPLACED

Castles in the Sky: Miyazaki, Takahata and the Masters of Studio Ghibli , a retrospective celebrating the great animation studio of Japan, kicks off on Friday, June 22 at The Uptown.

The series features 15 films from Ghibli, the studio created by animation master Hayao Miyazaki, on 35mm film and plays for two weeks at The Uptown. I profiled the series for Seattle Weekly here. As a  companion piece, I offer thumbnails notes on ten standout films in the series. See SIFF Cinema for the complete schedule.

Nausicaa Of The Valley Of The Wind (1984) – Hayao Miyazaki’s second feature and the feature debut of Studio Ghibli. Set on a faraway world of medieval castles and massive airships and splintered kingdoms, the story from Miyazaki follows an adventurous young princess who discovers the secret of the toxic jungle that spews poisonous pollen and breeds giant angry insects and the cure for her world, still recovering from a global war 1,000 years ago that almost destroyed the planet. Miyazaki’s fabulous images are full of a sense of wonder and his animation style is glorious and graceful. It’s a simple tale with a plucky heroine that became a hallmark of Miyazaki’s later films, and the themes (and even some of the story elements) would be revisited with greater complexity and resonance in Princess Mononoke. (Thursday, June 28)

Castle in the Sky (1986) is a grand adventure from Miyazaki’s private mythos, the odyssey of an orphaned girl with a magic crystal and a courageous young engineer’s apprentice is set in a world of magnificent flying machines and sky-born cities. Chased by a wacky pirate family and shifty, suspicious government agents, it all converges on the legendary floating castle of Laputa, an ancient civilization in the clouds which holds the key to great power. (Friday, June 22 and Monday, June 25)

END_OF_DOCUMENT_TOKEN_TO_BE_REPLACED

The Secret World of Arrietty (Disney), the latest animated film from Hayao Miyazaki and his Studio Ghibli, adapts Mary Norton’s classic children’s book “The Borrowers” in the old school art of hand-drawn animation. Hiromasa Yonebayashi is the director but the sensibility is very much Miyazaki, who produced, co-scripted, and planned the production.

Miyazaki is a living treasure in Japan, a revered storyteller and beloved filmmaker whose work is treated with the same respect as Disney classics in the U.S., and he has long offered strong, brave girls as the protagonists of his stories. Arrietty is yet another dynamic heroine, a teenage girl only a few inches tall who lives hidden in the floorboards of a human home with her father and mother.

She knows of no other Borrowers (as these little people are called, because they “borrow” things the humans won’t notice missing in their nighttime forages) so, despite her own instincts, she befriends the sickly boy who has moved into the house and quietly observed her presence.

The images are marvelous, a lovely example of Ghibli hand-drawn animation and a reminder of the kind of personality that comes through this kind of art, but it is the compassion and depth of character that makes it such a moving film. So rarely do films for kids explore themes of mortality and isolation with such delicacy and depth.

Also new this week is the Blu-ray debut of two classic animated features from Studio Ghibli. Castle in the Sky (Disney) and Whisper of the Heart (Disney), written and produced by Miyazaki and directed by Yoshifumi Kondo.