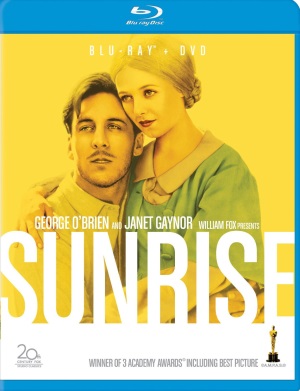 Sunrise (Fox, Blu-ray) – A deliriously romantic fable on a magnificent scale, F.W. Murnau’s 1927 Sunrise is a story of reconciliation and renewal and a Utopian vision of paradise lost and regained. A strapping young farmer (George O’Brien) under the spell of a sexy vamp from the city plots to kill his innocent Madonna of a wife (Janet Gaynor), but just when it seems to be playing out An American Tragedy, fate sends them on a second courtship through the bright lights and busy culture of the big city. It’s subtitled “a song of two humans” and it plays as much like verse as it does a story.

German master Murnau was lured to America by William Fox to give his studio class (Fox had money but he wanted was a masterpiece) and the director let his imagination loose upon the machinery of Hollywood to create the most beautiful piece of cinematic poetry to come out of America. There may be no more beautiful shot in all of cinema than the creeping prowl through the swamp, the camera pushing through leaves and branches and breaking through the mist, subtly shifting perspective without ever breaking it’s measured pace or floating gaze. His big city is like Metropolis for the jazz age, but invested with a benevolence that American filmmakers save for their small town portraits, and his storytelling is as unabashedly romantic as it is sophisticated. Sunrise reminds us of the silent cinema dream worlds lost in the new realism and visual literalness of the sound revolution. Almost a century of sound filmmaking has never equaled its emotional power or the cinematic purity. If there is a single essential silent classic, this is it. 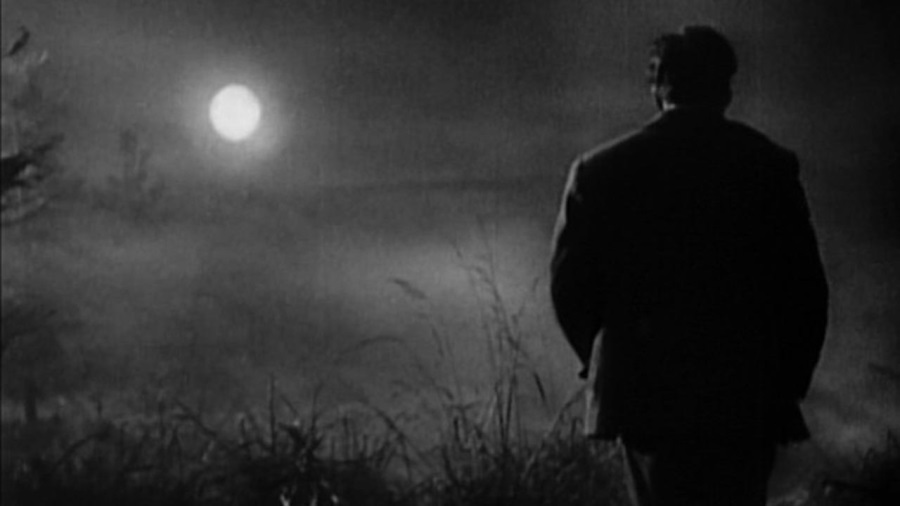 Though produced as a silent film, it was released at the dawn of the sound era with a synchronized score by Hugo Reisenfeld in the U.S. and the disc features the original Reisenfeld soundtrack (with sound effects but no dialogue) and a subsequent score composed and conducted by Timothy Brock for the home video release. The disc presents two editions of the film, the original American release and a European silent version discovered a decade ago, created from alternate takes and sometimes different shots (a common practice in the silent era). The European print has a stronger image while the American version, mastered from an archival print (the negative was lost in a studio fire decades ago), is as close to the director’s definitive version we’ll find. Both are mastered in HD and debut on Blu-ray in the U.S. (many American collectors picked a British Blu-ray release few years ago; this is produced from the same digital masters). 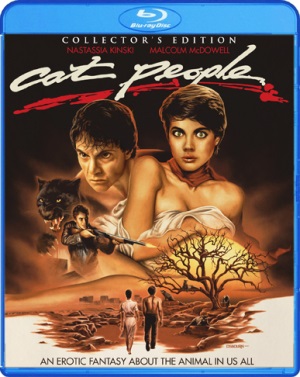 Cat People: Collector’s Edition (Shout Factory, Blu-ray) is not the 1942 classic of shadow and suggestion and Freudian sexuality clawing its way out of a virginal young woman but the 1982 remake directed by Paul Schrader. Nastassja Kinski, in her second American film, is entrancing as Irena, who arrives in New Orleans to be reunited with her brother Paul (Malcolm McDowell) only to discover that she belongs to a race of shapeshifters who turn into leopards when they have sex. Unless, of course, they keep it in the family.

Calling this a remake isn’t really accurate, I confess, even with the homages to the original film. Alan Ormsby’s screenplay doesn’t just update the story, it reimagines it with a backstory mythology that is both more literal and more dreamlike than the original and Schrader paints it with a palette of old world atmosphere and modern, unreal colors.

The San Francisco Silent Film Festival, the biggest and most well-curated silent film festival in the United States, celebrates its 15th edition by adding a day of screenings, opening Thursday, July 15 with a screening of John Ford’s The Iron Horse (from Dennis James’ personal 35mm print) and then launching into the weekend with the Friday evening screenings of Rotaie (1929), a late silent from Italy, and the newly restored Metropolis (1927), in a digital presentation with accompaniment by the Alloy Orchestra, all at the historic Castro Theatre (in this case, historic also mean no air conditioning, so attendees are dressing in layers and watching the weather).

I won’t launch into a big previewâ€”that’s been ably done by Michael Hawley at The Evening Class, Hell on Frisco Bay and Anne Hockens on SIFFBlog (with links to short previews of the individual films by David Jeffers), while Michael Guillen anticipates the restored Metropolis and reprints an essay on the restoration by Bret Wood on The Evening Class. I’ll be dedicating my coverage to reviews and ruminations, starting with The Iron Horse, which launched the festival on its new Thursday opening night.