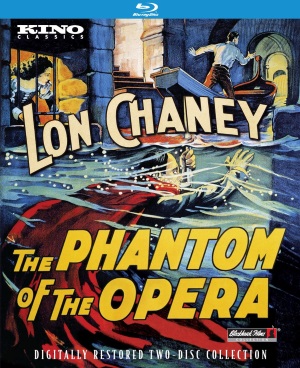 Lon Chaney became a star for The Hunchback of Notre Dame (1923) but it was the 1925 The Phantom of the Opera (Kino Classics, Blu-ray, DVD) that confirmed his stardom and his talent.