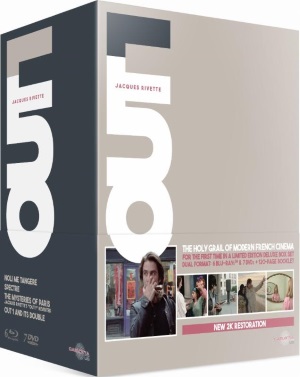 END_OF_DOCUMENT_TOKEN_TO_BE_REPLACED

The movie of the summer in 1996 should have been A Summer’s Tale, a wise and bittersweet romance by then-septuagenarian filmmaker (and French New Wave co-founder) Eric Rohmer. But it didn’t get a chance to be. While the film did enjoy a regular release in Europe and was seen at festivals, for some reason it never actually opened in the U.S. for a regular run. This absurd oversight is finally rectified, as the movie is enjoying a proper arthouse go-round at last.

A Summer’s Tale, or Conte d’été, was the third film in Rohmer’s four-seasons cycle. (Somewhat confusingly, Rohmer’s 1986 Le rayon vert was titled Summer for the English-language market.) This one’s about a would-be musician named Gaspard (Melvil Poupaud) who travels to the Brittany seaside for a summer break before his grown-up duties beckon.

Watching an Eric Rohmer film was famously described by Harry Moseby, the Gene Hackman character in Arthur Pennâ€™s Night Moves, (1975) (in a line quoted in both Rohmerâ€™s Wikipedia entry and his New York Times obituary), as â€œlike watching paint dry.â€ Itâ€™s my favorite movie line about a film-maker, andâ€”along with de Niroâ€™s bounty-hunter in Midnight Run (1988) telling Charles Grodinâ€™s garrulously thieving accountant â€œI got just two words to say to you: â€˜shut the fuck upâ€™â€â€”one of my favorite post-Mitchum tough-guy movie lines. Part of the fun is that itâ€™s so incongruous to have Rohmerâ€™s name come out of the mouth of an American movie tough guy, played by an actor whose roots in the action cinema include parts in Bonnie and Clyde (1967) and became a star portraying iconic cop and francophobe extraordinaire Popeye Doyle in The French Connection (1971). Crime fiction and its creatures were virtual touchstones for Rohmerâ€™s fellow New Wavers: Godard (Breathless, 1959), Truffaut (Shoot the Piano Player, 1960), and Chabrol (from long before he adapted Patricia Highsmithâ€™s The Cry of the Owl, 1979); heck, even Rivetteâ€™s Celine and Julie Go Boating (1974) has a murder mystery. But Rohmer, after a debut feature set on the down-and-out (if not quite mean) streets of Paris in The Sign of the Lion (1959), mostly placed his characters in a resolutely unthreatening world, for the most part in settings that are sunny, cheery, and comfortably bourgeois.

Making Rohmerâ€™s world even less congenial to the laconic Hackman character is its pervasive logorrhea: Rohmerâ€™s characters talk, and they talk, and they talk, long enough for several coats of paint to dry in all the rooms of all of their homes and vacation houses. It can be quite exasperating, particularly when the characters wallow in apparent self-absorption (not much leavened by self-awareness, something present in inverse proportion to verbosity). So itâ€™s easy to sympathize with Harry (even before we learn his wife is doing some aprÃ¨s-Rohmer extra-marital trysting). Even for the non-Harrys among us, Rohmer requires patience and a tolerance for slow spots if not quite a fondness for stasis. But when the best of his films reach their end, (that is, when the characters finish talking), the denouements often put things into new and surprising, sometimes exhilarating, perspectives amply rewarding the audienceâ€™s patience.