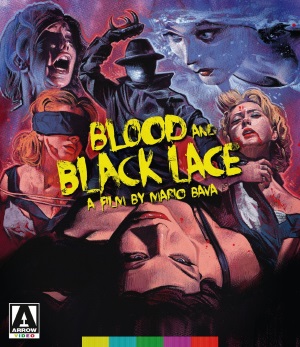 A mysterious stranger stalks a beautiful woman as the camera creeps in like a voyeuristic partner in crime. Black gloved hands reach for the lovely neck of a young maiden. The faceless killer strangles, stabs, slashes, or otherwise horribly murders her in front of our eyes, the camera recording every perverse detail. This description of the giallo could fit the hundreds of slasher films but the true giallo—a distinctive Italian brand of horror film that was born in the 1960s and flourished in the 1970s and 1980s—combines a poetic, haunting beauty with Grand Guignol gore and a bent of sexual perversity. You could call it “spaghetti horror,” though it hardly captures what makes the genre so unique and, at its best, so delicious.

Italian horror did not begin and end with giallo, which is the Italian word for “yellow” and refers to a series of cheap paperback mysteries and thrillers that sported yellow covers, but it certainly put the genre on the map and influenced the direction of Italian horror (as well as, among others, Spanish and French horror) for decades. The cinematic roots include Alfred Hitchcock’s Psycho (with its elaborately choreographed murder scenes), Agatha Christie’s And Then There Were None, and the krimi, a distinctly German genre of murder mystery based on the British thrillers of Edgar Wallace and his son, Bryan Wallace. These films generally featured a mysterious, usually masked killer, an eccentric investigator, and a roll call of suspects that usually ended up systematically murdered in creatively gruesome ways.

Mario Bava and Dario Argento are the king and crown prince (respectively) of the genre that was born in the sixties, bloomed in the seventies, and celebrated a resurgence in the late nineties as scores of gialli rolled out on videotape and DVD in restored and uncut versions. I devoured these releases but, like so many other fans, I also discovered that the pool of Italian horror was, just as with the spaghetti westerns in the 1960s, huge and filled with copycats and knock-offs cashing in on the current trends. The excitement waned as the pool of classics was quickly drained and I worked my way through lesser and lesser horrors just waiting for moments of inspiration. That’s not to say anyone gave up on the genre, only that for a few years the hits were fewer and farther between.

Labels like Blue Underground, Kino Lorber, Synapse, and Mondo Macabro kept the genre alive during these fallow years. Now Arrow, a British label that recently launched an American line of Blu-ray and DVD releases (through distributor MVD), has injected new blood into the genre with some of the best editions of classic, notorious, and outrageous giallo titles in the past couple of years. Most (if not all) of these films have previously been released on DVD, some of them satisfactory, others not so much. They make their respective Blu-ray debuts in impressive deluxe editions. Here are a few stand-out releases from the past 12 months or so, as well as a few choice releases from other labels. And where better to start than…

Blood and Black Lace (Arrow/MVD, Blu-ray+DVD), Mario Bava’s 1964 giallo landmark. Many experts of the genre have cited The Girl Who Knew Too Much (1963) as the birth of the giallo, but I say this elegant slasher picture and its mix of poetic, haunting beauty with Grand Guignol gore and a bent of sexual perversity is where it really began. If Peckinpah’s The Wild Bunch turns violence into a ballet, then Blood and Black Lace is murder as ballroom dance. Bava sets the atmosphere with a beautiful yet eerie credits sequence that gives each star his or her own moving fashion still and then jumps into a stormy night, where the winds lash and snap the chains of the hanging sign and twist the streams of the elegant fountain until it resembles the spray of a disaster. Order becomes chaos.