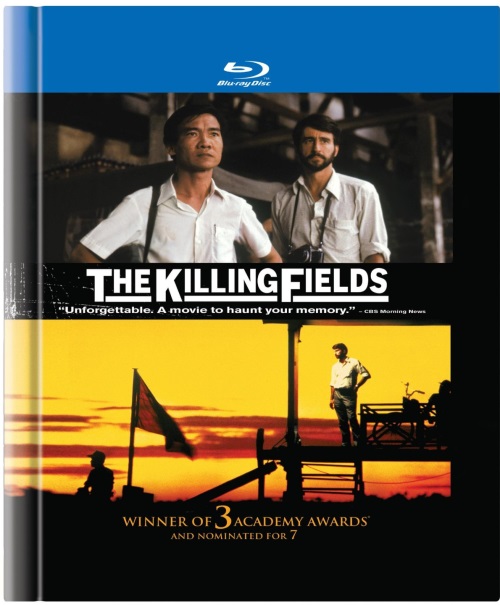 The Killing Fields (Warner, Blu-ray), the first major western film to confront the atrocities of the Khmer Rouge and the Cambodian genocide, stars survivor Dr. Haing S. Ngor as Cambodian national Dith Pran, translator and journalistic partner of New York Times reporter Sydney Schanberg (Sam Waterston) who was left behind when the Americans fled the country and was plunged into the terror of Pol Pot’s oppressive and brutal prison camps.

It’s the first feature directed by Roland Joffe, who came from TV and stage, and he shoots the drama with an unforced realism, lent a terrible grace by the handsome images and smooth, unobtrusive long takes of cinematographer Chris Menges, who keeps the camera panning and tracking the characters through almost every scene. It’s a remarkably effective stylistic choice, keeping the camera centered on Dith and Schanberg and the other journalists (played by John Malkovich and Julian Sands) while embracing the vivid reality of their surroundings, be it the bloody aftermath of a guerilla bombing in a busy city street, the rubble and human suffering in a village destroyed by bombs or the nervous tension and desperation of western journalists holed up in a nearly-gutted, overcrowded embassy as young, undisciplined rebel soldiers surround the gated grounds. Joffe keeps them firmly in the reality of their environments and the long takes makes the terrible consequences feel more immediate, the narrative more out of control. I think it’s still Joffe’s best film.

It earned seven Academy Award nominations and won three, for Ngor’s performance (though he is surely a leading actor in the film, he won in the “Best Supporting Actor” category), Chris Menges’ cinematography and Jim Clark’s film editing.

The Blu-ray debut is presented in a 36-page Blu-ray book with photos and production notes and features commentary by director Roland Joffe carried over from the earlier DVD release. 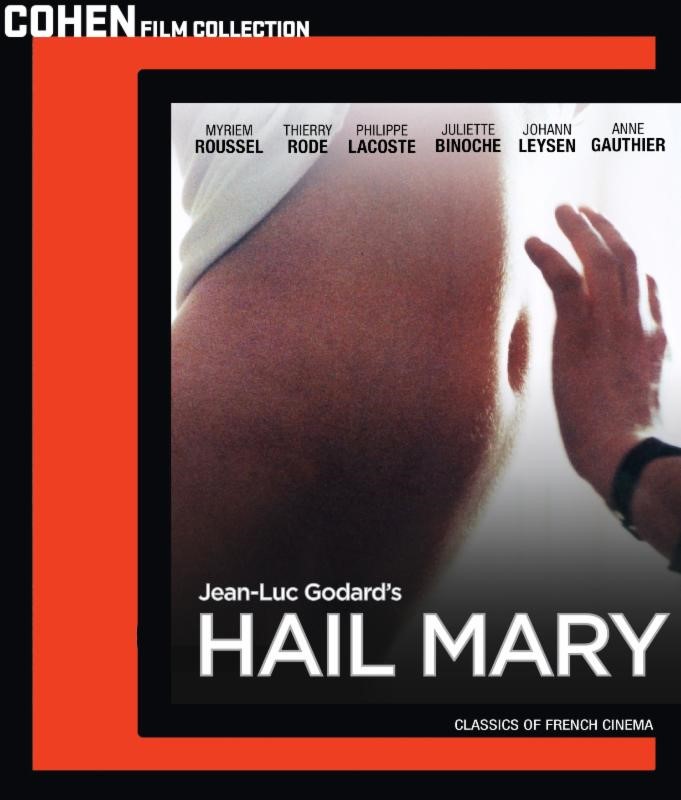 Two films from the second half of Jean-Luc Godard’s career debut on Blu-ray and new DVD editions. He aroused the ire of people who wouldn’t otherwise even take notice of his films in 1985 with Hail Mary (Cohen, Blu-ray, DVD), his modern retelling the nativity. Mary (Myriem Roussel) is a basketball-playing student in Switzerland working at her father’s gas station and Joseph (Thierry Rode) a taxi-driver, and they both try to get their heads around the Virgin Mary’s pregnancy. The controversy, accompanied by the spectacle of picketers outside of small theaters screening the film, brought this small, quiet, rather spiritual little picture far more attention than anything Godard had made since Weekend. Juliette Binoche co-stars in a small role. The feature is paired with Anne-Mary Mieville’s delicate short film The Book of Mary, the tender drama of a failing marriage as seen through the eyes of a child which played with Godard’s film on its original theatrical release. French with English subtitles, with commentary by director Hal Hartley and Museum of the Moving Image Chief Curator David Schwartz, Godard’s video notebook, three additional featurettes, and a booklet with essays by critic David Sterritt and Boston University lecturer Charles Warren.

More releases, including For Ever Mozart and new Criterion discs, at Cinephiled