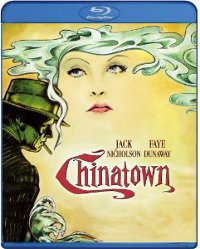 Chinatown is an American masterpiece, a great film released in a year full of great films. It was nominated for 11 Academy Awards, but in the face of “The Godfather Part II” (among others), it won only a single Oscar: Best Original Screenplay by Robert Towne. It is a magnificent original script, a great American novel written directly for the screen, and it confirmed Robert Towne as one of the finest screenwriters of his generation.

Chinatown makes its long-awaited Blu-ray debut this week from Paramount in an edition with commentary, interviews, and featurettes, and Robert Towne agreed to a few interviews to mark the occasion. So for a brief ten minutes, I had the pleasure and the honor of asking him about the film, the disc, the collaborative nature of the production, and of course what he’s been watching lately.

I wouldn’t want to tell you the last movie I saw because I walked out on it. I so disliked it. The thing that I guess I’ve been watching lately is what a lot of people have been watching, which is Downton Abbey. Have you seen it?

I missed the first season and caught up with it in the second, which took them through World War I.

You really should start with the first, it’s really quite wonderful. But that’s what I’ve been looking at lately. There are some movies I want to see but I still haven’t been there. I still like going to the movies but there are so many movies that are depressing without being revealing of much of anything and I sometimes wonder how we can hold on to an audience with films like that. But there are certain films and filmmakers I still like. I like very much The Social Network, I like Fincher very much, as you can tell. I mean, we worked together on the commentary. 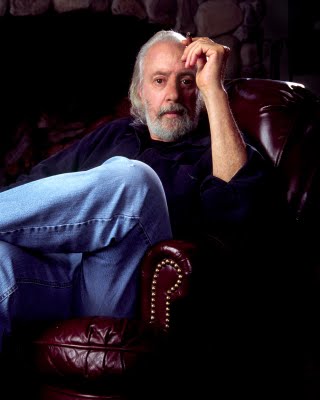 The commentary track on the “Chinatown” disc is superb, and I appreciate that someone with Fincher’s insight was brought in to engage you on the film.

I think it was particularly good to work with David on that. But the people that were on that disc were so thoughtful. Steven Soderbergh… There were a lot of good people associated with that.

Filmmaking really is unique in the storytelling arts in that it is such a collaborative art and watching the interviews on the disc reminded me of that all over again. You created J.J. Gittes in your screenplay, yet so much of Gittes’ character comes out of the way that Jack Nicholson played him.

It’s more than the way he plays it. I had watched Jack improvise for six or seven years in an acting class so, yes, so much of it comes out of the way Jack plays it, but so much of the way it was written comes out of my ability to have watched Jack work over the years so those elements in Jack’s character as Gittes were really inspired by years of watching Jack improvise and work. In that sense, he was sort of a hidden collaborator because I would imagine what he would say in any given number of situations. So it’s truly collaborative in that sense.

END_OF_DOCUMENT_TOKEN_TO_BE_REPLACED

Film critics have never quite known what to make of John Huston; whether his work has been praised or disparaged, it has almost always inspired critical overkill. After a striking debut with The Maltese Falcon (1941) and a pair of studio assignments, Huston made several highly-regarded war documentaries. His fourth feature, Treasure of Sierra Madre (1948), widely acclaimed as authentic film art (at a time when the phrase had little currency in discussions of American movies), inspired the most eloquent and passionate of Huston’s early defenders, James Agee, to write a now-classic Life magazine article, “Undirectable Director” (1950) summarizing Huston as follows:

The Maltese Falcon is the best private-eye melodrama ever made. San Pietro… is generally considered to be the finest of war documentaries. Treasure of Sierra Madre… is the clearest proof in perhaps twenty years that first-rate work can come out of the big commercial studios…. To put it conservatively, there is nobody under fifty at work in movies, here or abroad, who can excel Huston in talent, inventiveness, intransigence, achievement or promise.

Even at the time, Agee overstated Huston’s achievement and promise, both as to his career and individual films. And by the time of Moby Dick (1956), Huston had amply shown he could be erratic as well. But neither Agee nor anyone else could have predicted the calamitous late-50s decline that produced The Barbarian and the Geisha and The Roots of Heaven (both 1958), and The Unforgiven (1960), followed shortly by The List of Adrian Messenger (1963). Such a casually cynical mélange of the half-heartedly perfunctory and outright hackwork was bound to get a critical comeuppance. Andrew Sarris obliged, firing a famous broadside in the Huston chapter of the indispensable survey: The American Cinema. After casually noting that “James Agee canonized Huston prematurely” Sarris brought out the heavy artillery:

Huston is still coasting on his reputation as a wronged individualist with an alibi for every bad movie…Huston has confused indifference with integrity for such a long time that he is no longer the competent craftsman of The Asphalt Jungle, The Maltese Falcon, and The African Queen, films that owe more to casting coups than to directorial acumen.

Sarris has subsequently reconsidered his polemical hyperbole, and doubtless regrets the peculiar suggestion that skill in casting has nothing to do with “directorial acumen.”

THE TITLES, shadow-masked to the old 1.33 format, roll up against a grey moderne background and give way to a series of black-and-white still photos. In the photos a man and a woman are making love, awkwardly, with their clothes on, in the woods. We hear groans—do they go with the pictures? Ecstasy? Agony? Just exertion? The camera pulls back; we see the photographs are being shuffled in a fat workman’s hands. Seated behind a desk nearby, tokenly commiserating but clearly exasperated, Jack Nicholson wears an expensive-looking cream-colored suit. The suit goes with the pre-smog daylight in the room; the light is itself like heavy cream; it looks as if it would feel like heavy cream to walk through. The fat man shoots shy, helpless glances at Nicholson, looking up from the pictures, looking back at the pictures. Then he throws the pictures away and begins to blunder around the walls. “All right, Curly, enough’s enough. You can’t eat the Venetian blinds, I just had ’em installed on Wednesday…. What can I tell you, kid? You’re right. When you’re right, you’re right, and you’re right.”

Nicholson plays a private detective named J.J.—one of them’s for Jake—Gittes. Unlike Philip Marlowe, more like Sam Spade, he has not merely an office but a suite, and at least two operatives work for him. For, not with—he’s the boss. Unlike either Marlowe or Spade (at least as far as the movies tell us), he does “matrimonial work”; indeed, as he will declare later in the film, it’s his “meeteeyay.” He pushes Curly out the door fraternally—Curly is mumbling about not being able to pay until he makes another run on his fishing boat—and lets the creamy light carry him into another room where operatives Walsh and Duffy are waiting with the company’s next client, a Mrs. Mulwray. Mrs. Mulwray thinks her husband is seeing another woman. Gittes affects just enough disbelief to permit Mrs. Mulwray the consolation of knowing that that’s the last thing a man like him would expect the husband of a lady like her to be doing. “Mrs. Mulwray, have you ever heard the expression `Let sleeping dogs lie’? You’re better off not knowing.” But Mrs. Mulwray wants to know and she has the money to pay for Gittes’ services. Her husband—Gittes is genuinely surprised at this one—is the head of the Los Angeles water company.