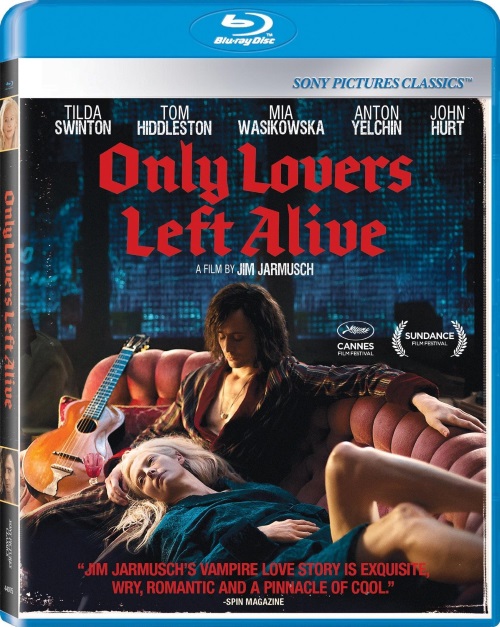 Only Lovers Left Alive (Sony, Blu-ray, DVD, VOD) is the richest film that Jim Jarmusch has made in some time. Tilda Swinton and Tom Hiddleston are the eternal lovers Eve and Adam, vampire soulmates who have become disenchanted with a world that the zombie inhabitants (their word for humans) are blithely poisoning. They are sophisticates, sensualists, artists, beings who find their greatest pleasure in one another, and Jarmusch suggests that they have evolved to a kind of elemental form, pure beings who revere art and beauty and just happen to need to feed on human blood to survive. The problem is that human blood is also being poisoned, which makes the pure “good stuff” a kind of rare wine that is saved and shared sparingly.

Swinton and Hiddleston bring both a grace and ennui to the screen, suggesting centuries of experience by their very presence, yet the joy they give one another enlivens the mournful tone of their nocturnal existence. In contrast to their languorous sensibilities is Eve’s sister, a wild child played by Mia Wasikowska with an insatiable appetite and an instinct for chaos, while John Hurt is the dying elder, poisoned by the world around him. Read the reviews here.

I did not receive a review copy but the discs should have a behind-the-scenes featurette and deleted and extended scenes. 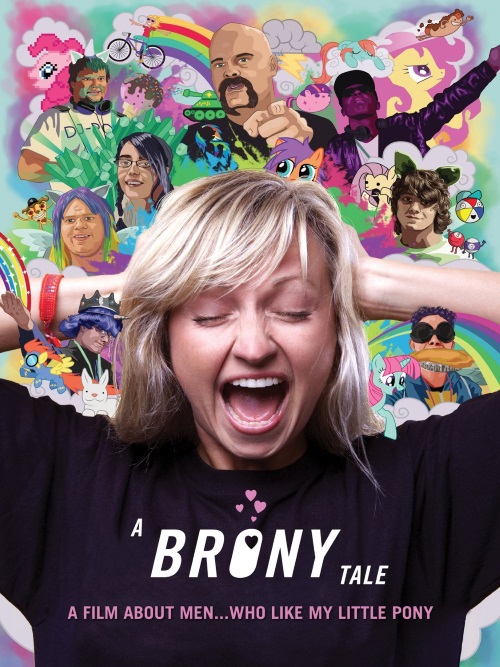 A Brony Tale (Virgil, DVD, Digital VOD) offers a gentle entry into the very real “Brony” phenomenon: adult fans of My Little Pony: Friendship is Magic, a group that is overwhelmingly male, heterosexual and unashamed of their love of a cartoon about pastel-colored talking horses designed for little girls. Our guide through this world is Canadian voice actress and singer Ashleigh Ball, who provides the voices of two little ponies in the current incarnation of the series, Apple Jack and Rainbow Dash. “The pervert alarm, for sure, went off in my head,” she says when she first learned about the subculture, and she takes a tour to investigate the phenomenon on her way to Bronycon 2012 in Manhattan, where she’s been invited as a guest of honor.

If you are expecting some kind of freak show, you’ll be in for a surprise. Director Brent Hodge is a friend of Ball and frames the film through her perspective and experience, which works because she’s a sincere, serious, likable young woman who finds that the Brony phenomenon is far more positive and affirming than surface appearances might suggest. The spokesmen for the Bronies (mostly men, which in this case is representative of the culture at large, though a few women are represented as well) make a fine case for themselves and celebrate the values of the series in their own lives. When we get to the Iraq vet and former artist who was lifted out of his depression and inspired to draw again because of his engagement with the series, you don’t feel like making fun of any of these fans anymore. A Brony Tale isn’t deep or probing but neither is it sarcastic or dismissive.

The DVD features director commentary, the featurette “The Many Voices of Ashleigh Ball” (which basically expands a sequence from the film where Ball performs the voices of her various cartoon gigs), a brief photo-shoot and an acoustic performance by Ball, whose band Hey Ocean! provides the film’s soundtrack.