What’s sadder than a would-be lilting comedy that just doesn’t lilt? It doesn’t help when someone decides to name the thing Bossa Nova and fill it with the music of Antonio Carlos Jobim. The music sounds as sea-breezy and listenable as ever, but Bruno Barreto’s movie is flatfooted to the max.

END_OF_DOCUMENT_TOKEN_TO_BE_REPLACED 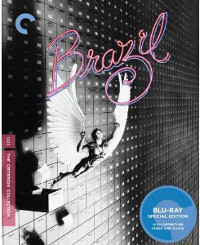