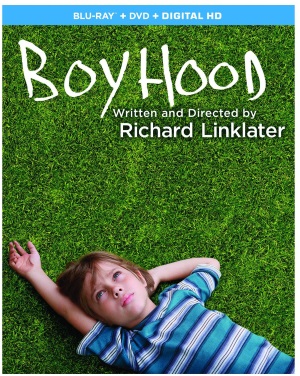 “I’ve been lucky. I’ve made a lot of what, on paper, looks like a wide range of different type of things but they were just all stories I was really interested in telling. It’s a storytelling medium and I’m lucky to tell a variety of stories. But I never put a limit on myself. We’re limited enough in the world as it is.”

Richard Linklater made a splash with the micro-budget collaborative indie Slacker (1991) and followed it up with the evocative high school time capsule Dazed and Confused (1993) has never stopped trying new things. Even while he’s flirted with mainstream comedy in School of Rock (2003) and Bad News Bears (2005), he keeps returning to his indie roots, experimenting with DIY animation, documentary and oddball fiction / non-fiction hybrids like Fast Food Nation (2006). And he is one of the most collaborative filmmakers in American cinema. After exploring the brief connection between two young adults in Vienna in Before Sunrise, he reunited with Ethan Hawke and Julie Delpy to revisit the characters later in life, collaborating with his stars on the scripts for Before Sunset and Before Midnight to further explore characters and their lives and relationship evolved over the years. What began as a stand-alone film turned into a continuing meditation on the nature of individuals and relationships over time.

Before he embarked on Before Sunset, however, Linklater had already begun an even more unconventional project: Boyhood, a film that covers twelve years in the life of a boy (and to a less extent his older sister) growing up in Texas, from first grade to arrival at college.