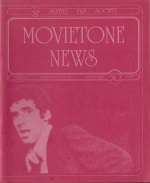 Where were you in ’73? … Nope, doesn’t make it. But neither, in some ways, did ’73. I’m not sure what was lacking. Shuffling together the most pleasurable and significant-seeming memories of films that arrived in the Jet City and its environs this past year, I’ve managed to come up with better than fifty titles to be considered for honors. Yet something eludes me, did most of the year. Certainly there was no sleeper masterpiece of 1973, nothing to stand as the Gumshoe or Bad Company of its season; and ingratiating surprises like Gumshoe and Bad Company are the breath of life to the Constant Filmgoer. The Last Tango in Paris was so incessantly and all-pervadingly hyped that it never had a chance to do what it should have to our sensibilities, individually and collectively; as Kathleen Murphy has remarked, “Imagine just walking in off the street some night and going into, say, the Broadway and having that jump off the screen at you without forewarning”; and if I am less sure at the moment that Last Tango would have jumped off the screen, I’ll still have to cop a plea and try to see the film again as a movie rather than a rite of spring.