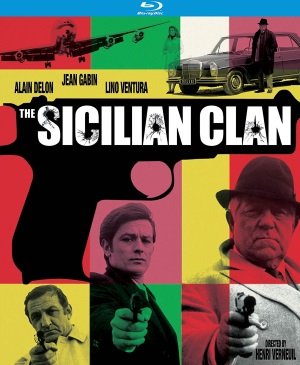 Jeff Costello, a professional to his white-gloved fingertips, makes his trenchcoated way through a Parisian nightclub and downstairs to the office of the club’s proprietor, where—fulfilling with his usual cold efficiency the terms of a contract—he shoots the man dead. But just as Costello comes out of the office, another consummate professional, the club’s stylish black pianist Valérie, emerges from another door and sees him. She takes a good, long, quizzical look at his face. Most of the narrative twists that follow in Jean-Pierre Melville’s Le Samouraï (seen seven years after release in a Vancouver skid road theater, dubbed and retitled The Godson!), depend upon this short scene and its surprising sequel, when Valérie deliberately fails to identify Costello in a police lineup. Melville makes the puzzle of Valérie’s motivation as teasing to us as it soon becomes to Costello himself. Admirers of this director, however, will not be surprised to learn that the extraordinary impact of the film is minimally dependent upon mere plot.

END_OF_DOCUMENT_TOKEN_TO_BE_REPLACED

This first version of the historical adventure / pirate movie (it was remade in 1958 by Anthony Quinn) stars Fredric March as Jean Lafitt, the flamboyant French-born privateer (he preferred the term over pirate) who fought side-by-side with General Andrew Jackson against the British in the War of 1812.

Cecil B. DeMille plays fast and loose with his history, as usual, but he also has more fun with the story than in many of his big historical spectacles, making Lafitte both a sly scoundrel with a brazen defiance of authority and a patriot who sides with the Americans against the British even though they have put a price on his head. March’s Lafitte may have one of the worst French accents ever heard on screen, but he is a commanding and charismatic leader who rouses his men to the American cause even after they have been double-crossed by the Louisiana Governor. The obligatory romantic subplot has Lafitte courting a high society belle while a cute Dutch girl (Franciska Gaal) moons over Lafitte after he rescues her from a rogue pirate who defies orders and attacks an American ship, a breach that Lafitte ultimately must take responsibility for.

The rest is a paean to the multicultural collection of characters who make up the American melting pot, including Akim Tamiroff’s lovable, loyal rogue of a second-in-command to Lafitte and Walter Brennan as Jackson’s buckskin-clad aide-de-camp. DeMille’s films had a tendency to get bloated and starchy as his budgets and scope grew but this has a lively energy to it, thanks to a plot full of betrayals and battles, a cast of larger-than-life characters (including Hugh Sothern as a hearty, earthy Jackson), and a snappy script full of playful dialogue. It even, dramatic license and romantic fictions aside, keeps to the broad strokes of history. All of which makes for one of DeMille’s more rousing productions. The print shows some wear, mostly light vertical scratches, but no serious damage, and the sound is fine.

Girl on a Motorcycle (Kino/Redemption)

A very sixties portrayal of one woman’s sexual liberation. Girl on a Motorcycle could be the mod Euro answer to Easy Rider with a sexy young Marianne Faithfull in the saddle. The film was released in the U.S. under the title Naked Under Leather, which is not particularly poetic but is accurate: she climbs naked from the marriage bed and dons the skin-tight leather bodysuit in the opening scene. As she rides her Harley Davidson Electra Glide from her home in France, where she lives with her devoted but dull and unadventurous schoolteacher husband (Roger Mutton), across the border to visit her lover (Alain Delon), a seductive professor of literature who gave her the bike as a wedding gift, her story plays out in a succession of flashbacks, sexual fantasies, and kitschy psychedelic imagery. Those acid-drenched neon video shades of purple and orange and green take over whenever she makes love with Delon, which has the unintended effect of turning sex into a bad psychedelic trip. Stream-of-consciousness narration fills in the rest of her sexual vision quest across the border of conformity. Faithfull is not much of an actress but she is a marvelous presence, not classically pretty yet quite beautiful, slipping between coquettish girl and experienced woman in a matter of seconds.

END_OF_DOCUMENT_TOKEN_TO_BE_REPLACED

This is what Blu-ray was made for.

I know that the special effect-laden sci-fi extravaganzas and action epics are what really drive home theater sales, with fans wanting to get theatrical presentation muscle into their home. But that’s all about showmanship (not that there’s anything wrong with that). What really sends me to heaven is watching a presentation of a cinema masterwork with the clarity, richness and integrity of a perfect 35mm presentation. Luchino Visconti’s The Leopard (1963), quite simply one of my all time favorite films, is one of those masterworks and Criterion’s new Blu-ray edition (freshly mastered from a stunning print with unparalleled color and crispness) is as perfect a home video incarnation as anyone could hope for and better than any theatrical screening I’ve have the pleasure to experience.

I believe that Visconti’s 1963 adaptation of Giuseppe di Lampedusa’s novel is his masterpiece. Burt Lancaster (his voice is dubbed by a deep-voiced Italian) may seem an unusual choice to play Prince Don Fabrizio Salina, an idealistic 19th century Sicilian prince (Visconti favored Laurence Olivier, a much more conventionally regal choice), but his confidence, his gravitas, and his understated cat-like grace as he walks through the world as if he owned it, creates a character of great authority and even greater melancholy. With the impoverished island nation of Sicily on the verge of revolutionary change and reform, Salina places his hope in this revolution to wipe away the corrupt ruling aristocracy (of which he is himself a member) and his upstart nephew Tancredi Falconeri (Alain Delon), who fights for a unified Italy with Garibaldi’s Red Shirts. “For things to remain the same, everything must change,” proclaims Tancredi as he sets off to join the revolution. Salina is publicly against the war but privately sympathetic and he sees Tancredi as the future of this country, or at least of his family, which is mired in a sinkhole of decadence and irrelevance.