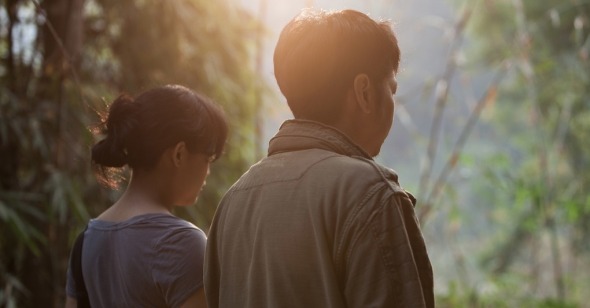 Filmmaker Magazine has released its annual survey of 25 New Faces of Independent Film, an always engaging read of directors, actors, and the occasional director of photography  to follow—and look out for, as several of the most promising figures are just on the cusp of graduating from shorts to their first feature.  Coincidentally a similar project is occurring at Reverse Shot, which is celebrating its 15th anniversary by saluting 15 Rising, filmmakers who’ve made between one and five features that the magazine’s writers find immensely promising and still underappreciated. Already up are the first three entries: Julien Allen on Joanna Hogg; Bedatri D. Choudhury on Sabiha Sumar; and Nadine Zylberberg on David Lowery.

The great James Naremore has launched a website; in addition to offering the complete texts to a pair of out-of-print books (on Virginia Woolf and Psycho), Naremore will post essays exclusive to the site. Already up: a deleted chapter from his 1988 book Acting in the Cinema on Olivier’s Hamlet (“Like today’s popular singer, the Shakespearian oscillated between direct address, bringing the audience into his confidence and soliciting their sympathy, and distracted outcries and involuntary displays of “soul” or emotion. Olivier’s technique divorces the body from the voice, turning the actor into a model (or classic movie star) who conveys emotion with studied postures and glances. His movements become devices of punctuation or indications of shifts in attitude. The framing and scale of shots, together with the moments when he rises, crosses the room, or leans against a pillar, become emotional signposts. It’s as if he’s trying to “be” instead of “act, but when he gazes upward or droops his head, the poses look artificial.”); and an introduction to Welles that never reaches over Orson 101 but who better for the task than the writer of the finest critical text on the director? Via David Hudson.

Highs and lows unite this week at Criterion. Social classes are leveled in the screwball masterpiece that is La Cava’s My Man Godfrey, introduced by Farran Smith Nehme. (“Irene bursts into My Man Godfrey from the back seat of a limousine, her silver gown shimmering against the darkness of Godfrey’s East River garbage dump. At first she is shot by La Cava mostly as a background impression of complaints and movement behind Cornelia, who is seen largely in profile, the better to capture her looking down her perfect nose. Irene at last sits down to talk to the object of all this flutter, Godfrey, unshaven and tattered but decidedly unbowed (not for nothing do his fellow dump denizens call him Duke).”) While Malick’s The Tree of Life shoots for the moon in making macro and micro, eternity and a summer’s day, the dance of the cosmos and the children at rambunctious play on the street in front of their house all one, in Kent Jones’s marvelous appreciation. (“Terrence Malick’s cinema takes place within a spatial and temporal framework that has the elasticity of human consciousness and moves to its pulse—we are on the Texas panhandle early in the twentieth century (Days of Heaven, 1978), or on Guadalcanal during World War II (The Thin Red Line, 1998), or in an unnamed Texas suburb in the 1950s (The Tree of Life)—but we always understand the geographical locations to be points within the greater universe, and the moments to exist within eternity. It can be difficult or impossible to know how much time has passed between scenes, or even between shots. With every cut, the world is reborn and seen anew. The only other narrative filmmaker with whom Malick might be compared in this sense is Jean-Luc Godard, but Godard’s angle of vision is purely existential, while Malick’s is profoundly spiritual.”)

An Argento retrospective in New York leads to a pair of articles at Mubi. Matt Carlin goes the always shaky route of finding the films, actually, rather feminist. (“In Deep Red the director often accused of misogyny tackles gender issues head on. David Hess’s character states that “It is a fundamental fact that women are…are weaker, well they’re gentler” than men. Ian fact, everything about Deep Red subverts his thinking. His female partner beats him at arm wrestling at the outset. Having been had physically, Hess later on discusses how men have the monopoly on intelligence. He states this while both chasing a deranged female killer and being aided by another woman. Neither of which are particularly gentle. On top of this, the plot turns on another impotent male: Hess is forced to watch the murder from a city street, helpless.”) Greg Cwik has more success luxuriating in Argento’s color, sound, sensation, and sadism for their own macabre pleasures. (“There’s a sense of comfort in the familiarity of his style, in the gorgeously choreographed carnage, a sense of excitement in the minute variations. Beautiful women, and sometimes men, are stalked and torn up by psychotics for reasons that do not, ultimately, matter. Be it witches or paperback horror writers, deranged mothers or spurned lovers, the identity of the killers, the mystery of who and why, is secondary to the Grand Guignol affectations.”)

At Film Comment, Nicolas Rapold dives deep in conversation with Mary Harron about the Manson murders, subject of Harron’s new film Charlie Says, and how to appropriately film something so oppressive and awful (“We said we’re going to do the ranch scenes very warm, kind of golden and alluring, and the prison is still, cold blue-grey, classic portrait lenses. Crille said, “Like Bergman’s Persona,” and I said yes. I remember my editor first got the footage and said, oh, this is two totally different looks. And for the killings, we had a whole meeting on it on how to do it—flat, very hard light, and the words we came up with were “just information.” Just show what happened. It was actually too bright, too front-lit—we toned it down. And I wanted to say, here you are—why are you here? They’re here and this is what they’re doing. Which probably people will have objections to.”); and Devika Girish interviews Steven Yeun about mentally dropping his Korean-American hyphenate to star in Lee Chang-dong’s Burning. (“I think authenticity comes when something or someone gives you the depth and the breadth to spread your wings as wide as they can possibly go, without having to conform to some kind of social structure. Playing someone who is fully Korean means that I—as an actor, as Steven—get to play a character. I’m not playing a hyphenate where I have to explain my character as an actor and as an Asian person. I’m just the character. And that inherently gave me no boundaries. And then to play someone with the outlook on life that Ben has, that also gave me no boundaries. It was very authentic. My wife didn’t have the greatest of times for the four to five months I was shooting that, though.”)

Fenella Fielding had a long and storied career on the British stage and appeared in a number of films and TV shows (including vamps and femme fatales in various Carry On and Doctor movies), but as the dispassionate voice over the loudspeaker in The Prisoner, she entered the audio banks of popular culture forever. Michael Coveney for The Guardian.