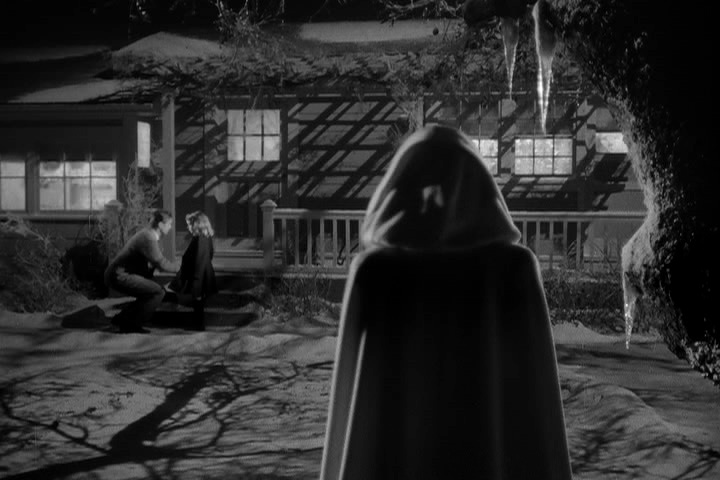 The success of the original 1942 Cat People, a shadowy psychological horror film simmering with sexual repression, prompted RKO to request a sequel from producer Val Lewton. His solution was surprising and inventive: Curse of the Cat People (1944), a psychological drama with a child’s perspective and a twist of ghost story.

This story is centered on Amy (Ann Carter), the dreamy young daughter of hero (Kent Smith) of the original film and a young girl constantly in her own imagination, so distracted by butterflies and woodland creatures and stories of magic that the other children shun her. Left alone, she befriends the aged widow of the “haunted” manor in the neighborhood and conjures up a magical friend: the ghost of Irena (Simone Simon) from the first film.

More fairy tale than horror, this Irena is presented as a mix of imaginary friend (who materializes after Amy sees a photograph of Irena among her father’s things) in a gown fit for a storybook princess and benevolent spirit looking after a dreamy girl. It was a flop upon release, perhaps because audiences expected another horror film rather than a delicate fantasy, but is a tender and lovely tale of childhood innocence and imagination with poetic images created on a B-movie budget.