“Now that professional opportunities have expanded and marriage has lost both its inviolability and its exclusivity, what are we to make of Lisa Berndle and of a love at once heroic and wildly destructive, even delusional? One of the marks of a great film is how it changes over time as social context and you, the viewer, change. Certain themes recede, others emerge, sympathies shift, reappraisals are in order. The lens widens. Is Lisa’s besottedness a mark of daring or sheer masochism? Inspired and slightly idiotic? Is she heroine or anti-heroine? Could it be both?” Ophüls’s Letter from an Unknown Woman remains unmatched in its portrait of l’amour fou, Molly Haskell argues, because however it felt its heroine’s keening, its perception is wide enough to encompass the decency of those left in its wake.

“The Harder They Come’s relationship to reggae, however, goes beyond music. The film is immersed in Jamaica’s everyday life and culture reflected through the creative beauty of reggae’s flesh and blood: Ivan’s struggle for a better life in the face of a rigid class structure; the presence of the Rastafari (in the person of the character Pedro) as righteous beacons of peace, love, and equity; the use of the Jamaican language; the argot of body movement through action and dance; and, of course, the reggae rhythm itself. Deeply and vitally engaged with all aspects of the movement, The Harder They Come is the film component of Jamaica’s reggae-influenced golden age.” Klive Walker recounts the phenomenon that was The Harder They Come, an introduction to movie screens of a country, music (reggae) and spirituality (Rastafari) that was so highly anticipated the audience at its Kingston premiere wouldn’t disperse to let in the Prime Minister.

“While a humanist impulse is evident throughout his career (as Jean Renoir put it, “no Hollywood director understands people better”), it’s hard to define McCarey’s touch. Unlike Lubitsch, his presence evolves in a more subdued way, so that the mise en scène, though precise like clockwork, doesn’t let you hear it ticking. At the forefront in every film by McCarey is the actor, a mirror image—sometimes direct, sometimes distorted—of the viewer. From the comedy shorts with Max Davidson to the religious films starring Bing Crosby, the directorial gaze is the same: McCarey favors the complexity of a broader vision over the allure of the close-up, and places man, actor and technical elements in a wider context.” Carlo Chatrian traces the auteurist through line in Leo McCarey’s films less in matters of camera technique or genre savviness than a devotion and attention to people that swelled every frame and informed each edit. 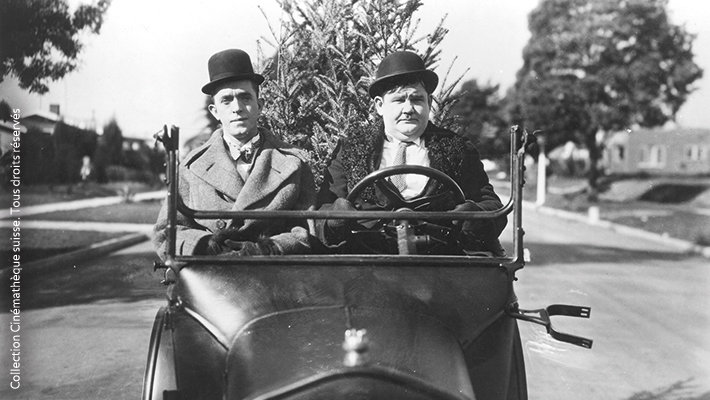 “The fact that we’re not sure where the girl’s dream begins is conventional, but also characteristic of the way that Lee frays the boundaries of his embedded stories. And the fact that the boy has fallen in love with the girl while in her dream shows the porousness of the subjective stretch that’s embedded. Hard to Say provides a miniature example of how Lee’s characteristic plot structure prompts us to see stories within stories, and then refuses to keep them sealed tight. Early in a film, we might be led to expect a solidly implanted flashback, but soon the whole frame is revealed as less objective than we might think.” David Bordwell plunks for a possible emerging master, Lee Kwangkuk, acolyte and former assistant to Hong Sangsoo, who’s taken the latter’s nestled narratives and superficially incidentless scenes to a “grimmer” direction.

“I just felt the way that George has staged that, the top of that great stage or stairway—I don’t even know what to call it—the way it’s done is so dramatic and so like a great pagan altar, you can imagine, that the whole thing seemed like a dance, a ballet, a religious ceremony of some kind… probably ending in the death of one of the combatants, you know. A ballet about that, super-real—or unreal even—and that the medium of chorus and orchestra would give us a sense that we’re in a big temple. The drama is the contrast and the contest between good and evil.” Tim Greiving breaks down the appeal of the one inarguable artistic triumph of The Phantom Menace: John Williams’s majestic scoring, entitled “Duel of the Fates,” for the three-way lightsaber battle at the film’s climax.

“Here was material I’d written and directed. I’d allowed myself to fuck it up, or to get it in a situation where I couldn’t control someone from fucking it up. I wanted to rectify that.” Paul Schrader, never one to just shrug off a slight even three years down the line, has exacted some modicum of revenge on his Dying of the Light producers by re-editing the compromised release into a new feature called Dark, currently only available for viewing at two universities to which Schrader has donated copies. The whole affair, from the director initially losing control of his film to his guerilla techniques to edit material he doesn’t own, is recounted by Eric Kohn.

Mainstream cinema is potentially as valuable to study and preserve as any other type, so I honestly have no problem with the National Film Registry’s annual selection of 25 films listing superhero or kid’s-adventure films chockablock with fascinating historical documents, the invaluable recordings left by one-off amateurs, or artistic masterpieces like Wanda and To Sleep with Anger. But, yes, two films by Richard Donner does seem excessive to me. This year the Registry has also made 66 selections from their catalog available to stream online.

Adrian Curry offers his best posters of the year list, and if the top spot’s no surprise (whatever people felt walking out of Aranofsky’s mother!, James Jean’s illustration was enough to set expectations sky high) there’s some remarkable designs along the way.

Filmmaker Anthony Harvey began his film career as an editor in the British film industry. He edited the comedies Private’s Progress (1956) and I’m All Right Jack (1959) for John Boulting and The Angry Silence (1960) for Guy Green before Stanley Kubrick tapped him for Lolita (1962) and Dr. Strangelove (1964). He also edited The L-Shaped Room (1962) and The Spy Who Came in from the Cold (1965) before becoming a director in his own right with the short drama Dutchman (1966), which impressed Peter O’Toole to hire him for The Lion in Winter (1968). He directed Katherine Hepburn to an Academy Award and went on to direct her in three subsequent films: a TV movie adaptation of The Glass Menagerie (1973), the black comedy Grace Quigley (1984), and the TV movie This Can’t Be Love (1994), a romantic drama with Anthony Quinn. He also directed They Might Be Giants (1971) with George C. Scott and Joanne Woodward, the frontier western Eagle’s Wing (1979) with Martin Sheen and Sam Waterston, and the TV movie Svengali (1983) with Peter O’Toole and Jodie Foster. He passed away at the age of 87. Ronald Bergan for The Guardian.

Documentary filmmaker Bruce Brown directed the landmark surfing film Endless Summer (1966) and earned an Oscar nomination for On Any Sunday (1971) on motorcycle racing. He passed away this week at the age of 80. Matt Fernandez for Variety.