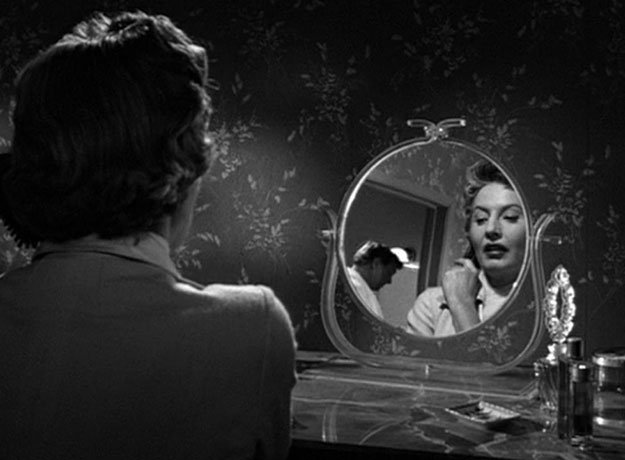 At Film Comment, praise for an overlooked director and one of the most famous movie stars who still hasn’t gotten his due, as Nick Pinkerton looks at the career of Gerd Oswald (“In depicting incessant small-talk as a kind of water torture drip on a delicate sensibility, [Crime of Passion] pulls up just short of R.W. Fassbinder and Michael Fengler’s 1970 Why Does Herr R. Run Amok? And the connection between these two German filmmakers a generation apart, both deeply invested in the experience of domestic despair, is not so obscure as it may seem—both favor compositions with characters facing front-forward, creating an effect both confrontational and alienating.”). While Sheila O’Malley offers her latest fine defense of Elvis Presley on screen even when he’s not strumming a guitar (“In the final years of Presley’s contract, nobody was paying attention anymore. Sadly, some of his best movies come from this period. Many of them are not musicals, outside of the title songs. There’s a looseness to them, a roiling chaos lacking in the Elvis Formula movies. Presley is unleashed, his persona naturally expanding to include more eccentric shadings.”)

“Kendig is nobody’s idea of a superspy, though. He’s not slick. He’s not even smooth. What he is is the smartest guy in almost every room he puts himself in. Intelligence is a key component of the Matthau persona. His incarnation of The Odd Couple überslob Oscar Madison is the only one that makes you believe the character really could be a newspaper writer. In The Fortune Cookie, his due-for-a-comeuppance shyster is a little too smart for his own good. And so on.” Glenn Kenny has a few insightful lines about Hopscotch’s bridging the ’70s paranoia thriller and the gung-ho ’80s variations, and some deserved nice words for Ronald Neame, but he never pretends the film’s chief attraction could be anything other than Walter Matthau. Singing, yet.

David Cairns examines Hawks dealing with movie logic in two stages of his career—as the genius still finding his feet who can’t quite draw out the Hawksian elements in Tiger Shark (“A lot of Hawks films fetishize a private world of professional activity: this one, like Hatari! (1962), gets a little too hypnotized by its vérité footage, though the on-location filming is impressive and unusual for the period. The adventurous Hawks looked on films partly as an excuse for outdoorsmanship, and here he gets to mess about in real boats, eschewing rear projection a fair bit of the time. But the story punctures any sense of hardboiled professionalism by having everyone continuously falling in the water the moment a shark turns up.”), and the nonpareil master keeping the plot just out of viewer’s comprehension in The Big Sleep (“The sparring with Bacall takes things up to the next level (my favourite favourite thing, the way Bogart SNORTS in reply to Betty’s “My, you’re a mess, aren’t you?”), and then the bookshop stuff is fantastic—a prime example of Hawks getting some fun out of it, assisted by Bogart’s camping it up. I wish Humph did an entire film as that character. This all adds up to just about the best first half hour of any forties movie, and then a helpful corpse turns up just when one is needed.”).

“In many respects, the trajectory of Seberg’s tragic life is not so different from those of Marilyn Monroe, Judy Garland, or a number of others who found fame early; how many tales have we heard of young actors suffering from mental illness, alcoholism, drug addiction and the like? Less common, however, are those actors who are tormented for their political convictions or affiliations. Just as Garrel’s intensely personal, dreamlike cinema had its roots in the cultural and political upheavals of May ’68, so too did the private torment that precipitated Seberg’s end derive from a political source: today’s internet “outrage culture” and its armies of trolls are nothing compared to J. Edgar Hoover’s FBI.” Fanta Sylla recounts the rocky career beginning, iconic recovery, and sad end of Jean Seberg.

“The [Unit Production Manager] clearly resented a “kid” being in charge of the filming decisions and every shooting day there would be growing tension between us until, around 4 p.m., I would call Laughton back in Hollywood and say I wanted to quit. Laughton would then talk to the UPM and tell him to follow my directions. One day, while lining up a shot on the porch of a dilapidated riverfront house, the floorboards under my feet gave way. I saw a flash of hope and delight on the UPM’s face—and then disappointment when I plunged only three feet and was none the worse for wear.” Terry Sanders’s memories of working for Charles Laughton as 2nd unit director on The Night of the Hunter and the screenwriter for the director’s planned follow-up The Naked and the Dead are well worth reading—but the childishly crude line drawings by Laughton to signify the imagery he wanted captured on location are essential viewing. Via David Hudson.

“O mighty hunter ‘twill be quite a task/How will you do it might I inquire to ask?” Eric Vilas-Boas talks with Chuck Jones’s last protégé Stephen Fossati about the perfectionism the old master instilled, and the forgotten sound effect in What’s Opera, Doc? that bothered the animator till his dying day. Via Gwen Ihnat.

“I love electricity. I love the wind. I love so many things about sound. I always say that cinema is sound and picture, flowing together in time. And you know, you want to get every element in a film as good as you can get, so this thing will hold together. To me, the director is supposed to guide what people see from beginning to end and what people hear from beginning to end, to fulfill the ideas. It has to pass through one person. When all the elements come together, you can get this thing where the whole is greater than the sum of the parts.” David Lynch, as if you didn’t know, talking with Noel Murray about the soundscape of Twin Peaks: The Return.

“I’ve been in probably some of the most divisive films there have been….  I love that. I’m so glad to be in those films, and I want to support the filmmakers that make them. I don’t want to be scared or shy or worried. The idea of not having limitations or boundaries is important to me. And maybe that’s not the healthiest thing, but I’m not here to be healthy. I don’t approach things from that safe place. I’m not interested in it.” Joe Utichi talks with Nicole Kidman—mostly about her work on Big Little Lies, but that leaves plenty of room for discussion, from Kidman’s desire to tackle difficult roles to her willingness to take on the regrettably necessary duties of shepherding women-oriented projects to the screen.

“I like working with first-time directors because they’re unrealistic and unreasonable, and we get pushed into ideas that anybody with experience would have thought they needed more money for or would have just simplified. The job I did in Cambodia is one that most people probably would have thought twice about. We were on these little boats, shooting 35mm, and the whole thing was just crazy. It seemed inevitable that one of us was going to end up in the water—or the camera. [The impulse to help first-time directors]—I have to hold onto that. I think that’s the only thing that makes me relevant.” The real source of Sean Price Williams’s relevancy is of course the cinematographer’s enormous talent and prolificacy; Julia Yepes interviews him about his work ethic and his collaborations with such filmmakers as Alex Ross Perry, Chloë Sevigny, and the Safdie brothers.

Jasper Sharp compiles a gallery displaying Kurosawa’s mastery of even the elements in four films that convey as easy as breathing the forces of nature—Stray Dog’s heat wave, Seven Samurai’s rainfall, the fog in Throne of Blood and the wind that stirs throughout Ran.