Freshly returned from their pilgrimage to Il Cinema Ritrovato festival, David Bordwell and Kristin Thompson offer three articles outlining their fresh discoveries and welcome reacquaintances, from large-format experiments that actually predate moving pictures to the latest from Agnès Varda. Whether breaking down the humor in an early Ophüls or reveling in the fine early adaptors to sound from Mexico, the pair remind us that marvels lay scattered throughout the history of film, waiting to be revealed by the light.

“How to be adequate to this time of being in-between and not yet decided? This is what S?mai seems to have asked himself. The question determines the style of the film, which is in constant flux. Comedy is life seen in long shot, tragedy is life seen close-up, Chaplin said. What to do when it is precisely a question of avoiding the choice of genre? S?mai’s answer is to adopt a perpetual middle distance. In this middle distance, not enough is seen to let us say with any certitude that we are seeing an event and that we know what an event is. At the same time we also see too much, so much that we have to look away, as if the event were too powerful, overwhelming.” Chris Fujiwara finds Shinji S?mai’s Typhoon Club a perfect match of meaning and methods, its own transcendence of genre reflecting its lead character’s aim to rise above the social demands of his school. Via David Hudson.

“This decentered perspective, where master shots are absent, where everything is partial and fragmented, doesn’t strictly correspond with the girl’s point-of-view, but it tries to get close (both emotionally and physiologically) to her vision and experience of the world. Ramsay’s own obsession as a filmmaker with bodies is defined by the way she frames and fragments them—not with a fetishistic drive, but with the intention of capturing the forces and energies that shape them, always in relation to their daily environments and activities.” Cristina Álvarez López’s series of short films by notable directors examines Lynne Ramsay’s 1998 Gasman, and finds much of the filmmaker’s concerns and methods—and all her profound empathy—already in place.

“He possessed the virtue of ordinariness, that ineffable factor that keeps the most glamorous stars from being fully persuasive as tawdry, luckless, or unimpressive people. This made him an anomalously relatable leading man during the war years—and inevitably consigned him to noir, the bailiwick of the battered and broken, when the Gables, Fondas, and Stewarts came marching home.” It’s the very “normalcy” of Brian Donlevy that Steven Mears finds so compelling in a pair of films that—though Mears doesn’t make much of the fact—couldn’t be more dissimilar: Vidor’s An American Romance and Lang’s Hangmen Also Die!

“If her transformation from severe daughter of Jesus to would-be sex kitten—a fairly familiar trajectory—reads not as cliché but rather as sui generis, and genuinely bizarre, it’s Wright’s performance we have to thank for it. She emerges from the knit cap of the street preacher’s daughter with a tonal and expressive shift (breathiness added to her voice; big, loopy gestures; an unhinged range of smiles) but retains a consistently ferocious ardor. Wright (the longtime partner of Rip Torn, who teaches acting at Uta Hagen’s HB Studio) is a great character actor with none of the mannerisms or self-consciousness that often attend that appellation. Part of the reason is that she never hesitates: her speech gushes out in an uninterrupted stream of intent.” Shonni Enelow praises Amy Wright’s turn in Huston’s Wise Blood, and the applicability of her large, “liquid” eyes to O’Connor’s motif-riddled dialogue.

“I was paralyzed with fear when I saw those two men at our door. But my mother swiftly came to my rescue. ‘What do you want?’ she demanded angrily, clutching me and my brother protectively. ‘We just want to take a look around, Mrs. Garfield,’ one of the men said. ‘You want to look around?’ my mother shot back. ‘What for? You already killed him! You got what you wanted, now get out of our lives!’” Julie Garfield, incensed by the President declaring himself the victim of a “witch hunt,” describes the actual one that hounded her father John, and arguably contribute to his early death.

“He’s dead, she’s dead, everybody’s dead. But that’s just the beginning.” Jonathan Lethem’s amusing collection of “Elevator Pitches” makes sly work of exploiting our expectation of clichés and twisting them in the space of a few lines—and even manage a little pathos by the end. Via Movie City News.

“After Hunter bombed in a piano recital in Atlanta, at the age of nine, her parents didn’t grasp how traumatic it was. ‘I was playing ‘The Flight of the Bumblebee,’ and I totally forgot the ending, so I performed the whole piece again and I still couldn’t remember it.’ Her face was very still. ‘So I played a single note and stood up. And I never really played in public again.’ Could she play in public now? ‘No.’ Even having played onscreen in The Piano? ‘No.’ Should we keep talking about—‘No!’ she cried. Then she laughed.” Staying at The New Yorker, Tad Friend interviews Holly Hunter about her rough-and-tumble salad days and being currently relegated to playing “the mom”—especially in the Holly Hunter specialized vein the actor herself describes as “forthright, strong, blah blah blah.” 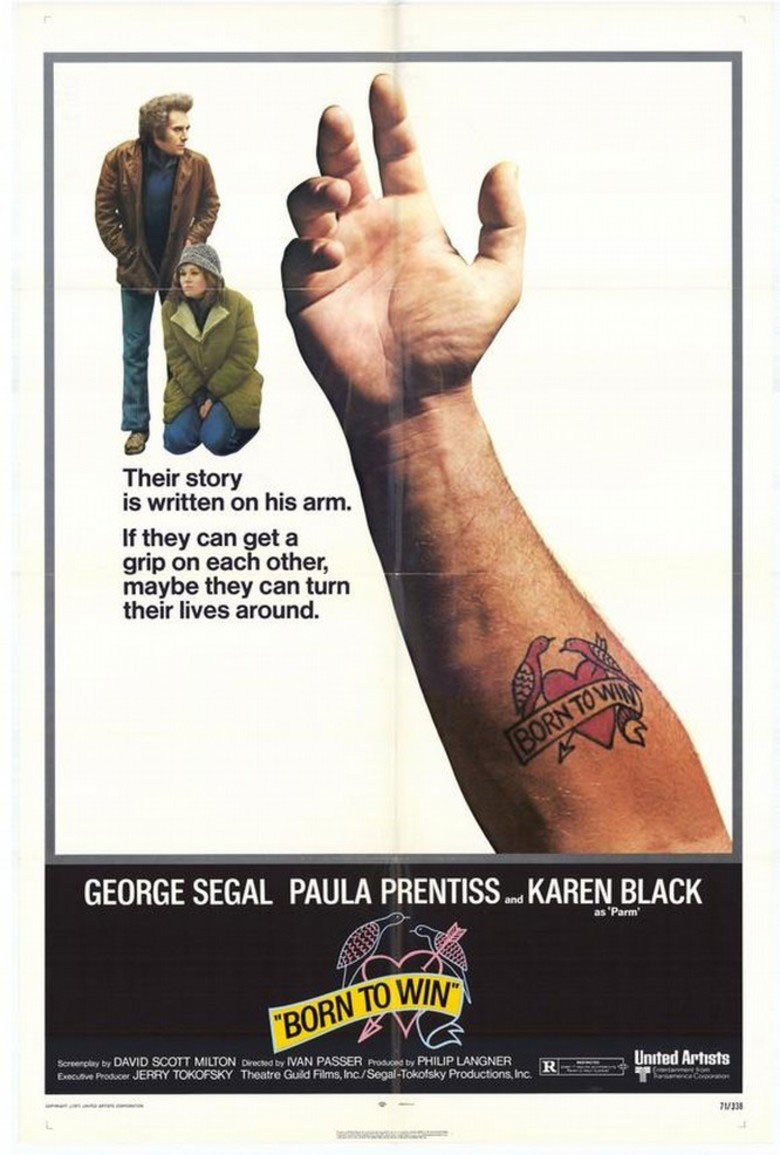 Adrian Curry’s roundup of “lesser-known” ‘70s New York films, and his brief but compact opening notes, reflect a change in poster design no less monumental than the one coursing through the films themselves. Plus there’s the accidental reminder that George Segal was something of a star in the day.

American actor Skip Homeier appeared in dozens of westerns and war movies and hundreds of hours of TV but he is best known to many for his two appearance on the original Star Trek: as the leader of a Nazi-like culture in “Patterns of Force” and the intergalactic hippie leader in “The Way to Eden.” He began as a child actor under the name Skippy Homeier, making his debut as a Hitler Youth in Tomorrow, the World! (1944) and a transition to adult roles as the punk gunslinger in The Gunfighter (1950). He played young soldiers in Halls of Montezuma (1951) and Fixed Bayonets! (1951), appeared with Randolph Scott in Ten Wanted Men (1955) and in two Budd Boetticher westerns, The Tall T (1957) and Comanche Station (1960), and with Don Knotts in the comedy The Ghost and Mr. Chicken (1966). He was busy on the small screen from the 1950s through the 1970s, briefly starring in his own short-lived TV show, Dan Raven (1960), and appearing on such shows as Zane Grey Theater, Climax!, Alfred Hitchcock Presents, The Millionaire, The Defenders, The Outer Limits, Perry Mason, Rawhide, Combat!, Mission: Impossible, The Streets of San Francisco, and The Six Million Dollar Man. He has a recurring role on The Interns (1970-1971) and played the judge on the TV movie Helter Skelter (1976). He passed away last week at the age of 86. More from Mike Barnes for The Hollywood Reporter.