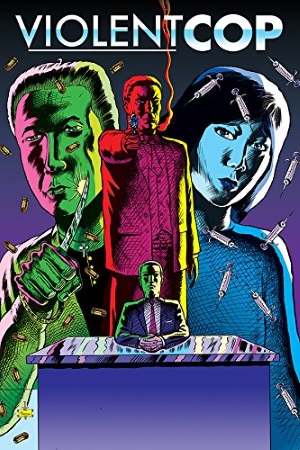 Takeshi Kitano, better known by his nickname “Beat” Takeshi in Japan, rose to fame as a stand-up comic and remains one of Japan’s most popular TV personalities (he’s been known to host or star in as many as four TV shows simultaneously). His background helps explain how he can transform bullying bastards into such likable characters, but it doesn’t account for the fully realized style. Kitano stepped in as director of Violent Cop at the last minute and leapt out of the gate with a powerful, fully developed style. He boldly sketches shots with a seemingly simple directness and stages visceral action scenes with a mesmerizing impassivity: the camera locks down and watches the war zone erupt. And for a director of so-called action films, Takeshi’s cinema is full of static images and long digressions, intermissions from the blood sport. When the inevitable clashes recur, the sudden shots of brutality carry a startling kick to them. 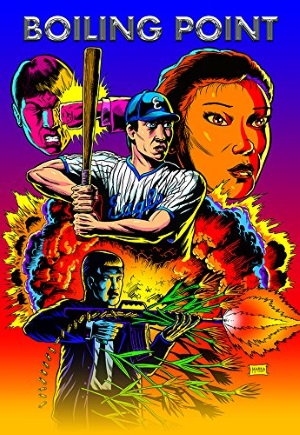 Takeshi’s second film, Boiling Point (1990), carries this stylistic idea even farther. The story concerns passive gas station attendant and baseball team benchwarmer Masaki (Masahiko Ono) whose one moment of action is a badly timed attack on a rude customer who just happens to be Yakuza. When the gangsters start taking it out on both his co-workers and his teammates, Masaki sets out to buy a gun and take care of the problem. Takeshi is even more oblique in his presentation of violent action and spends the middle of the film on a strange, rambling subplot involving a disgraced mobster (Takeshi again, this time in a supporting role as a fun loving brute with a penchant for rape) and his mission of revenge. The narrative almost dissolves in abstractions and digressions before the startling conclusion, but it remains a compellingly warped look at the uniquely Japanese culture of violence.

Violent Cop is a classic Japanese gangster tale shaped it into Kitano’s unmistakably warped reflection of cops and criminals culture with startling style and his charismatic presence, and is easily the bigger audience pleaser. Boiling Point isn’t as compelling but is in some ways more challenging and inventive. In these films he completely transformed the genre screenplay, a cops and gangsters tale of corruption and revenge, into a jaundiced, cynical vision.

Both are newly mastered for their respective Blu-ray debuts and new DVD editions. The initial DVD releases from the old Fox Lorber label fifteen years ago were pretty bad: soft, noisy, with interlaced video, and not mastered for widescreen TVs (no 16×9 option). These new discs are remastered in HD and are a marked improvement. They are sharper and feature greater detail and none of the video noise of the DVDs. The color, however, is a little weak and the image still a bit soft, likely due to the source materials.

More releases on DVD and Blu-ray at Cinephiled