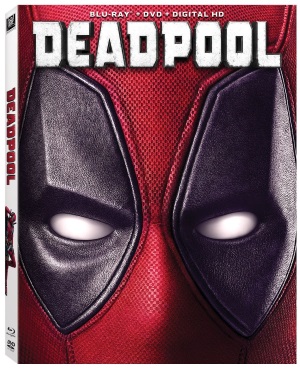 He plays Special Forces veteran turned soldier-for-hire Wade Wilson, a cynic who emerges from a sadistic experiment with an indestructible body, a face like ground beef, and a penchant for turning to the camera to crack jokes about the absurdity of it all. By which I mean everything from the creatively violent mayhem of the moment to the superhero genre as a whole. He’s out for revenge against the mad scientist (Ed Skrein in generic British baddie mode) who made the transformation as painful as possible and then tried to leash him as an attack dog for an international assassination business. Not so successful in the last part. Wade escapes, takes the name Deadpool, dons a red spandex costume that covers him from head to toe, and tracks down his sweetie (Morena Baccarin), a hard-bitten hooker with whom he found true love and great sex. A lot of sex. Among the surprises of this R-rated superhero lark is its sex-positive attitude toward adult play and kinky games between consenting adults.

The rest is an unconventional treatment of a conventional superhero story. Allies will be recruited (auxiliary X-Men players Colossus and Negasonic Teenage Warhead, a true believer and a sneering teenager, respectively), comic relief applied (T.J. Miller), and battles engaged, which will lay waste to property and extras with tremendous outlays of CGI. No end of the world stuff here, which is a little refreshing in the increasingly epic showdowns in bigger and bigger movies. It doesn’t reinvent the genre but it has fun with it, delivering the spectacle that fans appreciate while winking at them, as if we are all in on the joke. And it turns out we are. Deadpool came in at under $60 million, a bargain in the age of superhero bloat, and may outgrossBatman v Superman, which came in at more than four times the budget and even more in worldwide promotion. Not too bad for a hero unknown outside of die-hard comic book collectors, a first time director (Tim Miller came out of music videos and commercials), the star of one of the biggest comic book movie flops in the rocky history of the genre, and an R rating for blood, sex, and bad attitude.

Fox knows that this is going to be one of its biggest sellers of the year on disc and they load up the Blu-ray accordingly, beginning with not one but two commentary tracks, one by Ryan Reynolds with screenwriters Rhett Reese and Paul Wernick, the other by director Tim Miller and Deadpool co-creator Rob Liefeld. “From Comics to Screen… to Screen” is a collection of five production featurettes that runs 80 minutes all together and “Deadpool’s Fun Sack” a collection of short, jokey promotional videos running about 24 minutes. There are also and extended scenes, galleries of art and storyboards, and bonus DVD and Ultraviolet HD copies of the film.

The DVD extras are limited to “Deadpool’s Fun Sack” and a gag reel.
Deadpool [DVD- 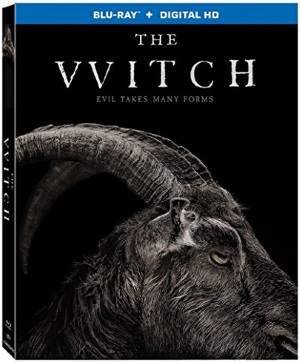 The Witch (Lionsgate, Blu-ray, DVD, VOD), subtitled “A New England Folktale,” is a primal horror film rooted in fear and superstition, and there is plenty of both in early 17thcentury New England, where a devoted British Puritan family has started a new life. Adding to the general hardship of carving a new colony out of a frontier of deep forests an ocean away from their urban birthplace, this family is banished from the protected village. The religious devotion of pious father William (Ralph Ineson) is so absolute that he challenges the elders and refuses to repent. The irony that this sect left England to escape religious persecution is lost on them all, but then it’s not really what the film is about.

“We will conquer this wilderness, it will not consume us,” William proclaims as they march away from the last outpost of European civilization in their world. He is pious, yes, but he’s also devoted to his family, protective and even loving in his emotionally restrained way, and he creates a home at the edge of a forest that seems to grow darker and more ominous with each calamity. The crops don’t just fail, they turn black as if cursed. The adorable goats turn aggressive and their bleets and baas begin to sound ominous. And an infant disappears in an innocent game of peekaboo played by apple-cheeked Thomasin (Anya Taylor-Joy), the family’s eldest daughter. It’s simply gone with no natural explanation, at least not as experienced through their perspective. The isolation takes its toll on the homesick mother (Kate Dickie), who becomes increasingly drawn and disconnected as she pines for her English life, and failing crops and dying livestock send Father and son Caleb (Harvey Scrimshaw) deeper and deeper into the forest for food. It turns a tough, trying existence into the trials of Job as reimagined as a horror movie.

Thomasin is coming of age, as they say, becoming a young woman and given more family responsibility without accompanying respect. Sexuality is very much a presence here, though it is never talked about or acted upon, which makes even thinking about it something shameful to be repressed. Clearly these kids won’t be getting the sex talk.

Filmmaker Robert Eggers drew upon journals and other records of the era for his screenplay, which gives the archaic language a quality both alien and organic, and painstaking recreates the texture of their world, from the heavy, rough clothing to the Spartan home. He shoots with natural light, which makes the shadowy interiors of the rough-hewn cabin of a home gloomy even in daylight and reduced to pools of visibility at night with only candles and lamps to light the rooms. Set against that realism are visions of a forest witch preying upon the vulnerable family (real or simply the nightmares of a family clutching for explanations?) and the creepy games of the young children, who taunt Thomason with nursery rhyme curses and name the goat Black William and proclaim it a demon. In a world where the devil is every bit as real as God, it gets under the skin of the characters. And the audience too.

The horrors are very real, just not necessarily literal, and the film suffered a backlash from a contingency of horror fans reacting to rave reviews with complaints that it wasn’t scary. And if you’re looking for more traditional shocks or scares, this isn’t going to deliver. This is more ambiguous and all the more compelling for it. It’s not easily dismissed after the credits roll. It’s dark and spooky and suggestive and at times genuinely terrifying, and it leaves you wondering just how much belief guides our perceptions.

Blu-ray and DVD with commentary by director Robert Eggers, the eight-minute featurette “The Witch: A Primal Folktale, and a panel Q&A on the Salem Witch trials featuring Eggers and actress Anya Taylor-Joy. The Blu-ray also features a bonus Ultraviolent Digital HD copy of the film.
The Witch [DVD + Digital]